The JPMorgan CEO apologized because admitting something went wrong is the way to learn from a mistake and avoid a repeat. But will he change behaviors and processes that enabled senior managers to make the error in the first place? 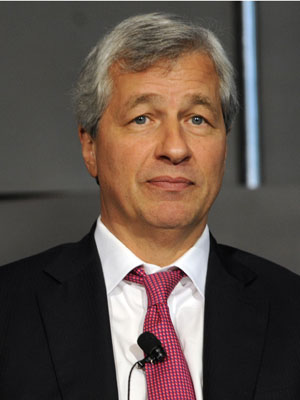 Reason 1: You did something wrong, you are sorry you did it, and you want to make sure important people know that. I shouldn’t have had that last piece of chocolate cake in the refrigerator that you were saving for Johnny.

Reason 2: You did something wrong, you don’t really feel bad or sorry about it, but you figure if you apologize you’ll be able to move on and not dwell on the past. I ate that cake, it was good; now let’s talk about something else.

Reason 3: You did something wrong, you may or may not feel sorry about it, but you know that if you apologize, important people will see you as honest and forthright. He’s a stand-up guy for taking the heat over that last piece of cake, isn’t he?

So which reason motivates Jamie Dimon, CEO of  JP Morgan Chase and the man who said about the $2 billion trading losses, “This is a terrible mistake … [it] should never have happened … I can’t justify it.”

This is a tough question, and at the end of the day, only Dimon knows for sure. Still, the press is piling on, in no small reason because of Dimon’s well-known attacks on regulations to limit the discretion of big banks to do what they want. While a $2 billion trading loss is a big deal for most of us, to be sure, JPMorgan still earned billions more this past quarter, and is on track for more next quarter. This is not on the scale of Enron, WorldCom, Tyco, and the other poster companies for new millennium corporate disasters.

What’s really different, however, is that when you go back to Enron et al. to see how their CEOs handled disclosures of big losses, you get quite a different story than the one unfolding at JPMorgan. Ken Lay, the chairman of Enron, and Jeffrey Skilling, the CEO of the company, were both boosting the stock and the future of the company despite all the disastrous trades the company was making. Rather than apologize, they covered it up. If there’s one thing all CEOs—heck, politicians, managers, and schoolchildren—should know, it’s that covering it up is always worse than admitting you did something wrong in the first place. Just ask Martha Stewart or President Bill Clinton.

Others have mastered the nuance of the partial apology that nonetheless exempts the apologizer from the crime: “Mistakes were made.” These squishy leaders might even apologize for the distress that was caused, but you’d be hard-pressed to find the word “we,” let alone “I,” that must begin a sentence of true apology. Just check the archives of presidential speeches for a master class on this technique.

Then there are apologies that come in far after the crime was committed. While I’m sympathetic to the “better late than never” narrative, what does it say when it takes a CEO years to acknowledge his or her role in a disaster? Here’s former Lehman Brothers -CEO Dick Fuld in testimony to the Financial Crisis Inquiry Commission in September 2010 (two years after the collapse of Lehman): “In retrospect, there is no question we made some poorly timed business decisions and investments …” Of course, Fuld goes on to say, “… but we addressed those mistakes and got ourselves back to a strong equity position.” Well, maybe that wasn’t an apology after all.

So, why did Jamie Dimon apologize?

Maybe it’s Reason 4: It is only by admitting that something went wrong that you have an opportunity to learn from that mistake, to figure out what to do to reduce the odds of repeating it. Many of the biggest failures in business, and in life, for that matter, happen when we deny or ignore bad news, stick our heads in the sand, and keep on doing whatever we’ve been doing before.

Apologizing—acknowledging that something bad happened and that you had a role in that bad thing—is step one. An essential step one. Dimon’s done that; now let’s see if he really means it.

Because step two is even more important: actually changing the behaviors, processes, and structures that may have enabled senior leaders to make the mistakes in the first place. It’s not enough to remove the key players that had a role in the bad trades, which Dimon has now done. There are warning signs for failure at every company, and ideally you’d like to have picked up on them before the bill hits $2 billion. But what if this loss is actually the warning sign for something even bigger?

Just like a moderate earthquake can be a pre-shock for the Big One, the London Whale debacle points out flaws in how JPMorgan manages risk and people that may well make the company vulnerable to the type of breakdown even Jamie Dimon knows regulators will care a lot about. Mistakes are warning signs, and apologizing opens the door to learning what went wrong and how to fix it. That’s the reason CEOs should apologize.

Sydney Finkelstein is a professor of strategy and leadership at the Tuck School of Business at Dartmouth College and the author of Why Smart Executives Fail (Portfolio, 2003). 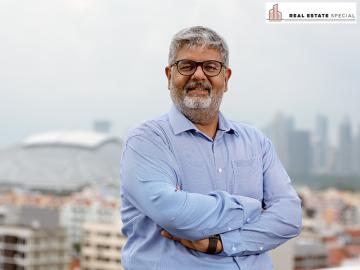