As they impact the SME ecosystem, the co-founders of OfBusiness want to make more money than they did the previous month and keep adding zeroes to their revenues--profitability, growth, and scale, says co-founder Asish Mohapatra 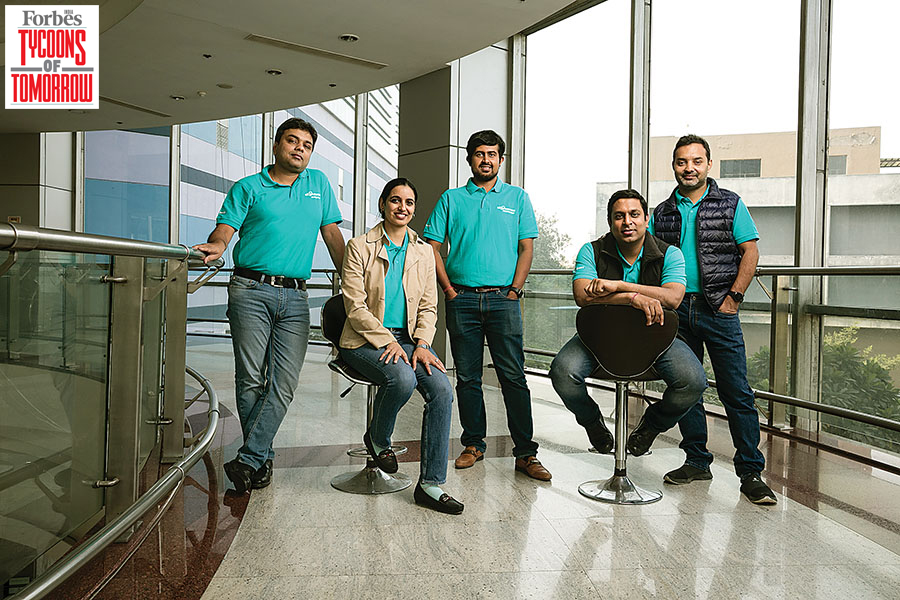 Getting their first round of funding was not an issue for the founders of OfBusiness. The five of them—Nitin Jain, Asish Mohapatra, Vasant Sridhar, Ruchi Kalra and Bhuvan Gupta—had quit high-level corporate jobs to turn to entrepreneurship in 2016 and it was a given that they would come up with a winner.

They wanted to focus on the B2B space and thought nothing of exchanging the streets of downtown London (Jain was with Royal Bank of Scotland) for the lanes of small town India where they set about not just procuring raw material in a tech-enabled manner for small and medium-sized businesses but also providing cheaper credit to the businesses. While there are others who work in these two spaces, OfBusiness’s model of combining the two creates a sticky customer. They added a third layer, BidAssist, where customers can bid for government and private tenders.

“So whoever comes to us—a small or medium-sized business—can get the best price for raw materials, get it delivered on time, get all the advantages of a typical commerce engine, or that a big company gets… it has cheaper credit cost and can also find revenue opportunities,” says Mohapatra.

Working in the B2B space also meant making the technology from scratch. “If you look at ecommerce, you just had to replicate what Flipkart or Amazon was doing…. so they are more of a catchup game,” says co-founder Gupta, who has 21 years of experience in the technology space. “But in B2B, since there was nothing that was out there, there was a great need to innovate… so that was a real challenge and which also made me jump to start our business since this was a new area.” 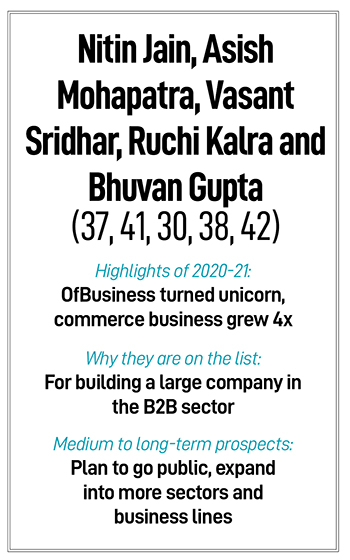 It may have been new tech, but the values, across the team, are old-fashioned business sense: At the end of the day they knew they had to make money. Mohapatra says they have simple goals: When it comes to revenue, focus on a number and then add a zero. And when it comes to profit, make more than the previous month.

It’s also how he marks the milestones of their journey. In March 2016, about two months after starting, the revenue was ₹1 crore. In 22 months, by October 2017, they had added a zero. While when it comes to profits, “our financing service was profitable from month one. And our commerce business has been profitable from month 13,” says Mohapatra.

The third milestone, he says, is when push became pull, or when customers started coming to them, rather than the other way round. “It happened probably three to three-and-a-half years into our journey, sometime around mid-2019. I would say that was a big win.”

“It was the large TAM, multiple inefficiencies that OfBusiness was solving for small and medium enterprises (SMEs), their deep understanding of the industry and focus on profitability over the last 18 months that convinced us that OfBusiness will be the player to partner with in this space,” says Sumer Juneja, managing partner, SoftBank Investment Advisers. “They are real nuts-and-bolts kind of people who know exactly how the process works,” he adds.

Even through the pandemic, the team was out and about in small towns, working on increasing business. In fact, according to Mohapatra, it was a period in which they grew more than they had earlier. “While our commerce business was growing 2x or 3x, in the pandemic it grew 4x,” he says. It was also during the pandemic that OfBusiness turned unicorn, when it closed a $160 million funding round led by SoftBank Vision Fund 2, with participation from existing investors as well, at a valuation of around $1.5 billion.

The company says it is in line to reach, by March 2022, a revenue of ₹1,500 crore per month at about 3.5 percent Ebitda in its commerce business, “while in the financing business, we will reach $360 million in assets under management and a 6.3 percent pre-tax return on asset by March 22,” says Mohapatra.

Sarthak Misra, VP, SoftBank Investment Advisers and also board member on OfBusiness, points out that when they invested earlier this year, OfBusiness was in six or seven raw material chains and “since then, it has more than doubled the number of chains it is present in”. That number is only set to grow. “We think they have understood the B2B supply chain really well. And four or five years from now we imagine OfBusiness to be a very large company and continuing to disrupt many B2B supply chains out there —some of which it may not even be present in today.”

There is also likely to be an initial public offering in the next year or so, expectedly penned into their business plan. “When we started, we said seven years to an IPO. So we’ll keep that promise,” says Mohapatra.

There are other goals they have set for themselves. “For me, 10 years from now, OfBusiness should be, obviously, a large institution, across multiple business lines,” says Kalra, who was earlier with McKinsey. Mohapatra too is clear: To make sure they become really large in size and then give back to society. “It’s a bit esoteric, there are no numbers to it. It’s not very specific, but I want to become unimaginably large. And then give back.”