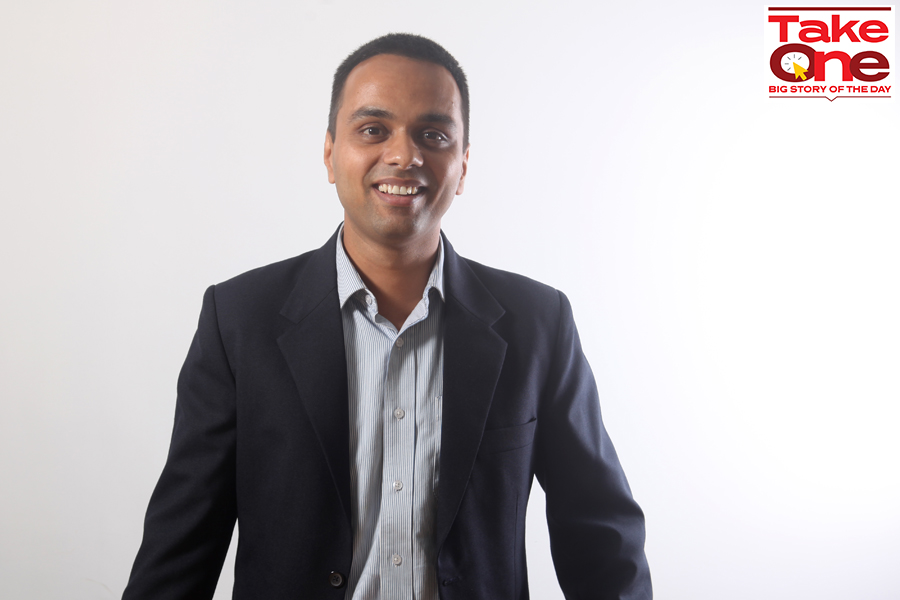 Asish Mohapatra, co-founder and CEO, OfBusiness
The funder’s journey as a founder started on an incredibly incredulous note. For Asish Mohapatra—who was a venture capitalist with Matrix Partners India for five years before he turned entrepreneur by co-founding OfBusiness in 2015—his frequent tryst with episodes of disbelief started quite early. The first, and the biggest, was that having a VC background is of little help. “Being a VC,” reckons the co-founder and chief executive officer of OfBusiness, “is no advantage at all.” Mohapatra explains. In 2016, the investor pitch of the former ITC and McKinsey executive got repeatedly rejected for a staggering 73 times in a span of just six months. “Isn’t that incredible and incredulous,” he asks.In mid-2016, just a year into his B2B ecommerce venture which provided full-stack solution spanning raw material procurement, working capital financing and revenue growth opportunities in a bunch of sectors, including manufacturing and infrastructure, Mohapatra found it difficult to sell his story to the VCs. There were four big questions hurled at the first-time entrepreneur. The first one happened to be the easiest one: Is there a precedent? Has anybody done it in the US or China? OfBusiness, he proudly explained, was to the first one to bring two sets of business engines together: Commerce and financing. The potential backers were not impressed. “They just didn’t believe,” he recalls.

The second question carried some heft. None of the five co-founders had any credit background. “So how will you do the financing,” was the query. Mohapatra knew what was coming. “I will go through the balance sheet, learn the skill and do it,” was his reply. Despite the fact that the gritty founder studied books of over 1,000 companies didn’t cut much ice. “They again didn’t believe that we could do,” he recounts, adding that he was the first underwriter—credit guy—in OfBusiness. 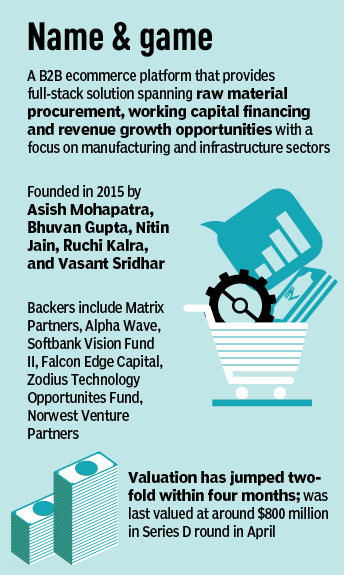 The third question seemed logical. Both commerce and financing were difficult businesses. “You are bringing them together. So now it becomes doubly tough. How will you do it.” Mohapatra smiled and dished out a disarming reply. “If it is difficult, it has money. And if it is doubly difficult, it has more money,” he answered. The response didn’t evoke any retort. “My business was something that nobody understood,” he rued. The last question was the smartest one. “Can commerce and finance remain in tandem for long?” Mohapatra was happy with the quality of the question. Over a period of time, he explained, the businesses would be separate. “Still, nobody believed,” he quipped. Cut to July 2021. Six years after its launch, OfBusiness turned unicorn when it closed a $160 million funding round led by SoftBank Vision Fund 2, with participation from existing investors as well, at a valuation of around $1.5 billion. Munish Varma, managing partner at SoftBank Investment Advisers, knows he has backed a winner. OfBusiness, Varma underlines, has achieved strong product-market fit which is reflected in the strong growth over the last 18 months with best-in-class scale and unit economics. While the commerce part of the business posted a revenue of $275 million in FY21—from $27 million in FY17—the performance of the financing part was equally impressive: A loan book of $192 million. 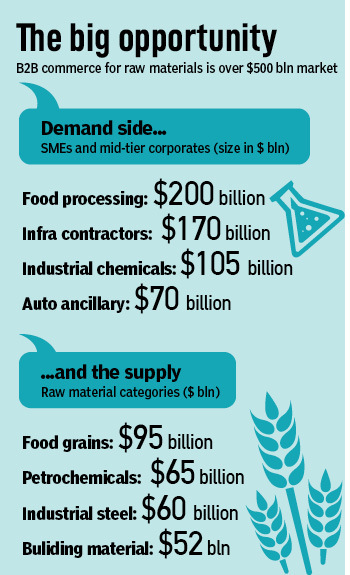 For the freshly-minted unicorn, the incredible part is that unlike most other companies in the coveted club, OfBusiness is profitable. For Mohapatra, the badge of honour is not being a unicorn. “I am more proud of the fact that we are profitable,” he smiles, adding that the unicorn stamp is the value of an external guy. “Profitable is a stamp of value because of our internal processes,” he proudly says. The biggest achievement for the entrepreneur is building a sustainable business without grabbing headlines, without spending any marketing dollar and without being known. “For a long time, nobody knew us,” he says. In fact, Mohapatra and his business still largely remains obscure. But Mohapatra doesn’t yearn for recognition. All he wants is to build profitable business, and all that he knows is to talk business. “Ask anybody in OfBusiness what they want to do in life and the answer would be just one: Hum dhanda banayenge (we will make business),” he says, underlining four critical components of any business: Focussed work, hands-on approach, frugality and profitability. Vikram Vaidyanathan explains how and why Matrix Partners India happened to be the first institutional investor to spot a potential winner in Mohapatra and back OfBusiness. At the time of investing, the VC had known Mohapatra for 10 years. “I always knew he was going to build something special,” recalls the managing director at Matrix India. Investing in OfBusiness, he underlines, was an easy decision as the fund invested behind the founding team.

When Matrix invested at the seed stage, it wasn’t clear what exactly the fund is investing in. Though there was a large market in the SME and industrial space in India, the driving factor for backing OfBusiness was the energy between the team members and the collective pedigree and experience.

Mohapatra, for sure, had a fair degree of pedigree when it came to hard work. “There are mythical stories of him working till he fainted,” smiles Vaidyanathan. “To this day, he prides himself on ‘outworking’ everyone,” he says. The second quality about the entrepreneur, he points out, is that he always thinks people-first, whether its founders, partners or his team. “That’s truly his super power,” he says.

The people-first approach is indeed a unique thing about the fresh unicorn. Mohapatra explains. Every year or 18 months, OfBusiness undertakes a funding round so that employees can get a bit of Esop exit. “We have close to 500 people, and 270 of them have Esops,” he claims, adding that around 130 have already made some secondary exits. In every funding round, he lets on, the startup does a bit of secondary for employees and keeps a bit of primary capital for the company. “That’s how we have structured our funding rounds,” he says. Another unique quality, he underlines, is the fact that the startup happens to be one of the few to get A ratings by Crisil. “Both our commerce and financing business have been rated A. It’s rare,” he says.

Another unique thing about OfBusiness is the way it does business: Around 70-80 percent of the staff are freshers. “There’s nobody senior from the industry, except the 4-5 people who we started with,” Mohapatra says. Reason: It is easier to make a person learn than to make him unlearn. Except technical functions like engineering and underwriting, all functions in the company are filled with freshers or the ones with less than a year of experience. The modus operandi to hunt talent is equally distinctive. Except all so-called top-rated IIMs, the startup visits the lesser-known cousins. “We sell a dream on the campus saying that ‘boss char saal main business head banna hai to aaa (if you want to become business head in four years then join us),” he says. What’s equally rare is to have loads of self-belief in turning entrepreneur when one is into the early 30s. “Five of us were on the higher side of 30,” Mohapatra recalls. When the narrative and the buzz in the startup ecosystem was about young ones—20 something— creating a universe around themselves, Mohapatra and his gang were the odd one out. “We said okay, 7 saal main IPO jaayenge…(in seven years, we will do an IPO),” he says. The startup now plans to go public in 18-24 months as a profitable company. “When you play, it’s the bat that must do all the talking,” he says, alluding to the low profile of the co-founders. Perhaps, this is what makes OfBusiness credible, and Mohapatra and his gang an incredible bunch of founders who give little value to unicorn tag and more to being a profitable business.

Tweets by @forbesindia
Women in entrepreneurship: India ranks in the bottom 3 out of 43 countries surveyed
AI special: Artificial intelligence will affect everyone. Here's what you need to know