Reddy, who identifies as transgender and is the national general secretary, All India Mahila Congress, says the next decade has a lot to catch up with in terms of gender justice 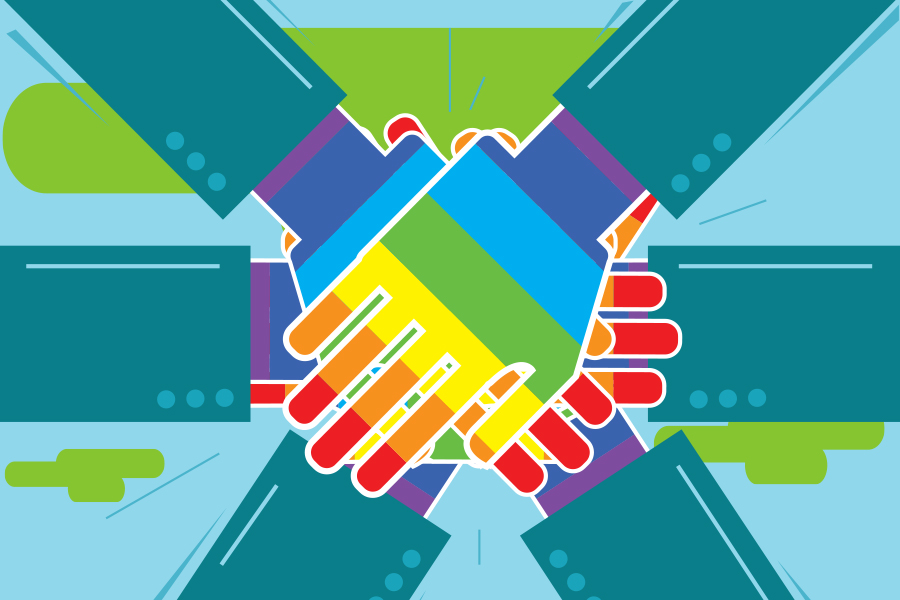 
It has been almost a decade since the United Nations Development Fund for Women laid out a vision for gender justice as part of the Millennium Development Goals (MDGs) to promote gender equality and empower women across the globe. 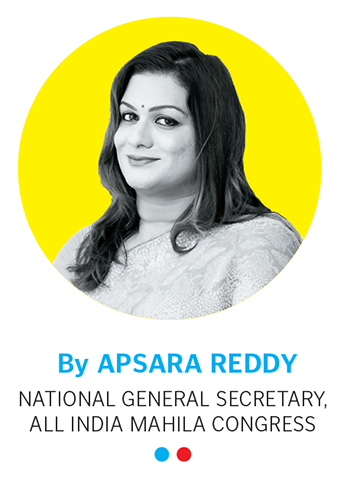 “Social, political and economic equality for women is integral to the achievement of all MDGs. Until women and girls are liberated from poverty and injustice, all our goals—peace, security, sustainable development—stand in jeopardy,” said South Korean leader Ban Ki-moon, who was UN general secretary at the time.

Gender justice is a call to end inequalities between men and women, which are a result of entrenched patriarchy in every space: The confines of home and family, the community arena, the commercial zone, and the public domain. This can be addressed only by mainstream initiatives and institutions such as justice, economic policy, civil society initiatives and a committed governance with vision.

The right to identity, parity and justice is universal. Why should women and transgender people be at the bottom of the social pyramid? We are now at the turn of the decade and it is time to introspect and look outward simultaneously.

India ranks 129 out of 189 countries as per the 2019 Human Development Index, one step above the year before. In the last 30 years, life expectancy at birth has increased by 11.6 years, the average number of schooling years by 3.5 years and per-capita incomes 250 times, giving us a slight edge over other South Asian countries.

However, we still have to contend with high rates of group-based inequalities, especially those affecting women and girls. This has resulted in India ranking 95 out of 129 countries in the Sustainable Development Goals Gender Index [developed by Equal Measures 2030, an independent civil society and private sector-led partnership], which is a new index that measures global gender equality looking at aspects such as poverty, health, education, literacy, political representation and equality at the workplace.

The multi-dimensional ways in which patriarchy, sexism and misogyny play out have to be tackled in a multi-pronged way. My vision for a gender-equal world is inclusive of the entire gender spectrum, and is limited to, but not confined to, immediate and realistic goals and steps we need to work toward.

The first priority, in the face of rising violence against women and sexual minorities, is to provide protection and ensure their safety. Public outcry follows every time a horrific incident occurs (be it Nirbhaya in 2012 or Disha recently), but follow-ups by law, media and judiciary are either weak or absent. Efforts have to be made to systematically address sexual violence and its aftermath by increasing public awareness and social mobilisation, including engagement of communities, men and young people.

Constructive dialogues on masculinity should begin in school. Notions on stronger and weaker sex have to be replaced by understanding and acceptance of gender identities to combat prevailing discrimination against women, transgender and queer members of society. Gender-sensitive issues must be dealt with in confidence by putting in place a code of ethics that is legally enforceable on media coverage—to prevent outing names and pictures of survivors of rape, sexual assault and child sexual abuse. The representation of deprivation or trafficking based on gender insensitive images—underdressed or nude women and malnourished girls—needs to be condemned. Clear lines have to be drawn for women’s right to dignity in news and media reports. Tougher laws need to be framed to rein in irresponsible, gender insensitive commentary.

Sexual assault against minors must be treated on par with criminal offences against a woman or a man as also and the quantum of punishment. For example, the Transgender Persons (Protection of Rights) Act, 2019, specifies a minimum six-month imprisonment for sexual assault [and maximum of two years], as opposed to seven years imprisonment for assault on a cisgender woman.

Education, health and employment are key to empowerment. Expand women-friendly public services and improve interest in and access to higher education. More schools need to be established in semi-rural and rural regions to ensure better enrolment. Women’s rights and control over their bodies and reproductive decisions need to be ensured as a way to counter economic subordination to men. Pre-natal care, maternity benefits, post-natal care and infant health initiatives have to be strengthened with a corresponding increase in accredited social health activists.

Health issues faced by the LGBTQIA community can be addressed by providing medical subsidies with trans men and women to help them transition convincingly and to prevent abuse and discrimination. Rather than look at us as a gender minority, we should be celebrated as a diverse group that adds dimension to our democracy.

Employment policies must be gender-neutral across all levels of government and private sector. We should rise above using gender as a selling point for corporate social responsibility (CSR). View people as skill sets and talent pools and not routes to tokenism. Social protection policies are vital for women in unorganised sectors. Stories of enforced hysterectomies in the agriculture sector if women want to stay employed are surfacing. Basic workplace requirements like better toilets and day care facilities should be made mandatory.

Then, having legal provisions to guarantee women’s land and property rights, and ensuring that such laws are implemented to strengthen their livelihoods and economic security are crucial. We must extend the dialogue to include same-sex marriages and inheritance rights. The transgender movement should focus not just on inclusion, but also access to institutions like marriage and inheritance.

Implement gender budgeting at local and national levels, reflecting women’s priorities through planning and adequate allocation for spending on public services. Women must be nominated to higher positions in government boards and commissions that often legislate or decide on women’s welfare and schemes. There must be compulsory gender sensitisation to all first responders and points of contact in government, law and public services across levels.

Gender justice is a human right. Every one across the gender spectrum—woman, girl, LGBTQIA, and man—is entitled to live in dignity and in freedom, and without fear.

Tweets by @forbesindia
'Women no longer hide behind silence, stigma'
When growth is the antidote