The Foley of small things

What impresses product designer Neil Foley? Attention to the minutest of detail and the thoroughness of a job well done 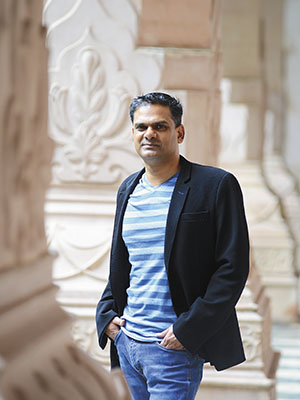 Neil Foley was an inquisitive child. He would peer at objects and wonder why they looked that way. Could they look different? Could a bookmark, or perhaps a chair, appear entirely new? He would jot down his imagined ideas and keep scribbling.

Today, at 42, with his signature innovation and novel designs, Foley is one the best-known designers in India. “The fact of creating something new and unique, which is tangible, which could improve and influence the lifestyle of people, was one of the main reasons why I chose to be a product designer,” he says. One day, he is designing watches, the next day a store and the day after a game for children; his repertoire covers kitchen appliances and automobiles too.

Designing such a wide gamut of things begins with a fundamental question: Do we need this product in the first place, or are we just accustomed to it? “I question the very existence, and I then take that use to a surreal point and bring it back to a realistic world with spontaneous forms that work with the need of that product,” says Foley, describing his design philosophy.

The process of designing a product, he believes, has no definite beginning. It is an awareness that seeps in and remains in the background. It is only after this that tools like research, competition mapping, analysis, concept ideation, visualisation and engineering fall into place. 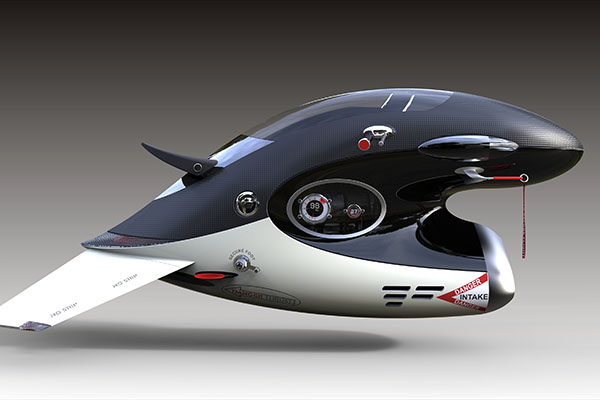 The flying bike: Foley’s imagination takes flight, with with no real world constraints, boundaries and limitations

The very first thing is to understand the problem area, and, through design, propose an idea that redefines the context. The solution to a problem lies in the problem itself, he says. Look at nature and the evolution of plants and animals, some of his great muses. “A spider can weave the most beautiful web and the strength of the web is beautifully calculated to make it strong even in rain and storm,” he says.

However, the design of a product first materialises in a sketch book. “Drawing is the process of converting one’s cognitive ideas into something that is more visual to you and others,” he says. “I love sketching ideas and my hand sketches are the first and fastest visualisations of my thoughts and ideas. My sketch book is always my creative zone, and it keeps me buzzing with ideas. The smell of fresh paper to ideate on makes me feel alive.”

Translating fresh ideas into tangible products requires a constant process of evolution—in the materials that are used, in the technology that is available, and the processes that are involved. Keeping abreast with all these requires constant collaborations with specialists in the field as well as new experiences. Apart from having a genuine interest in a wide array of subjects—whether science or art—Foley ensures that, every year, he visits at least two countries he has never been to. (Choosing a new country must be getting increasingly challenging for him as he has already covered 30 at last count.) 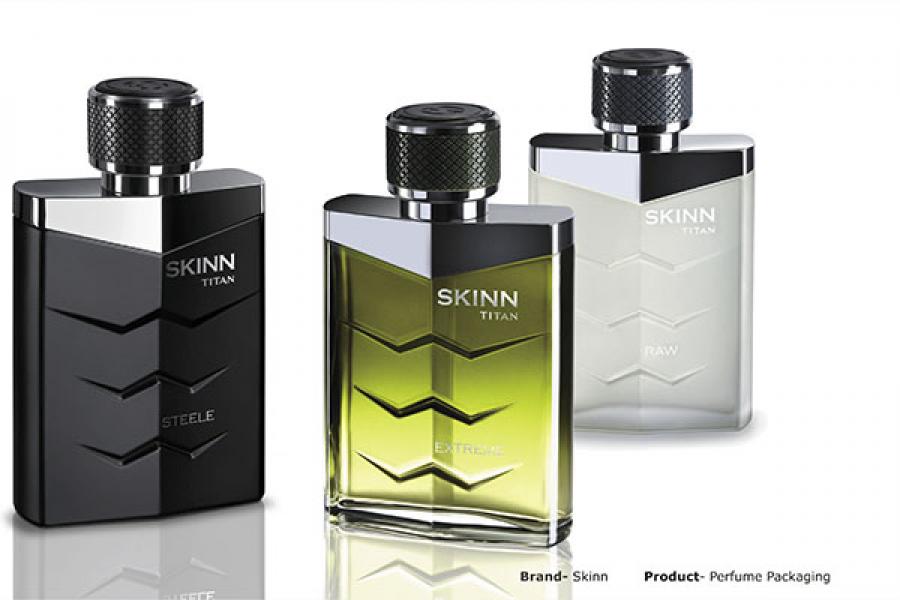 Lifestyles of people teach me so much, and I always head back home with new ideas and design solutions,” he says. “On my most recent trip to Japan, my first impressions were that they were a beautiful, respectful and caring country. Their simple design innovations emerging out of cultural stimuli were fascinating.” In particular, he recalls the design details to protect urban trees: Every tree was wrapped in a well-crafted bamboo structure to ensure their health.

It is, perhaps, in these details that Foley’s god lies: “My world is centred around detail; actually attention to detail in extreme is what impresses me.” This passion for details is also why he thinks that had he not been a product designer, he would have been a filmmaker. “I see a lot of similarities between my passions and making movies; it’s about expressing ones vision to the very last detail.”

But product designing is what Foley has steadfastly worked towards since his days in school, looking up and researching educational institutions that had something common in thought with him. He graduated from the National Institute of Design in Ahmedabad in 1995, where he was one half of the ‘Foley Brothers’—his elder brother Michael, too, is a well-known name in the world of product design. Following NID, and a stint designing luxury buses and another at Titan Company designing watches and various other products, Neil went to Italy’s Domus Academy in 2005.

His career has been sprinkled generously with prestigious international awards and recognition, including the International Red Dot Design Award, the US’s international design review award, and Germany’s BraunPrize. 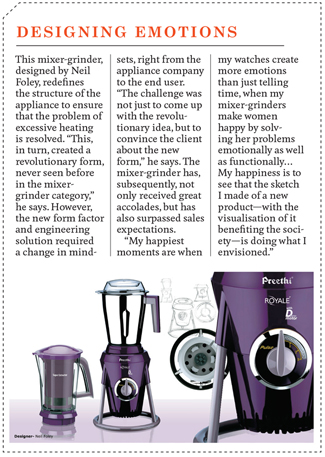 So what is the next big project he is working on? “Everything is under wraps,” he says. “But I would like to share a personal project, which is close to my heart.” And out comes the details of a line of futuristic automobiles and products that push the envelope of design to a whole new thinking pattern, questioning current visual perceptions of these objects.

Movement and speed seem to hold a special place in his heart. For, apart from automobiles that look straight out of science fiction (a genre of films he particularly enjoys watching), Foley is fascinated by jet planes. “Especially military jet fighters,” he says. “The technology they possess is fascinating. Their speed and manoeuverability, the super-fast, sound-barrier breaking vehicles…” So much so that flying a Sukhoi-30 features big on his bucket list, and he is debating whether he should make a trip to Russia where he could actually get his hands on the throttle.

Meanwhile, he is content going scuba diving, and spending time with his wife—Pallavi, a jewellery designer—and daughter Nia. She is eight. And also very inquisitive. Like her father.

Tweets by @forbesindia
Have money, will splurge
Battling headwinds at Suzlon by putting aside ego