Separating Risk And Return While Investing 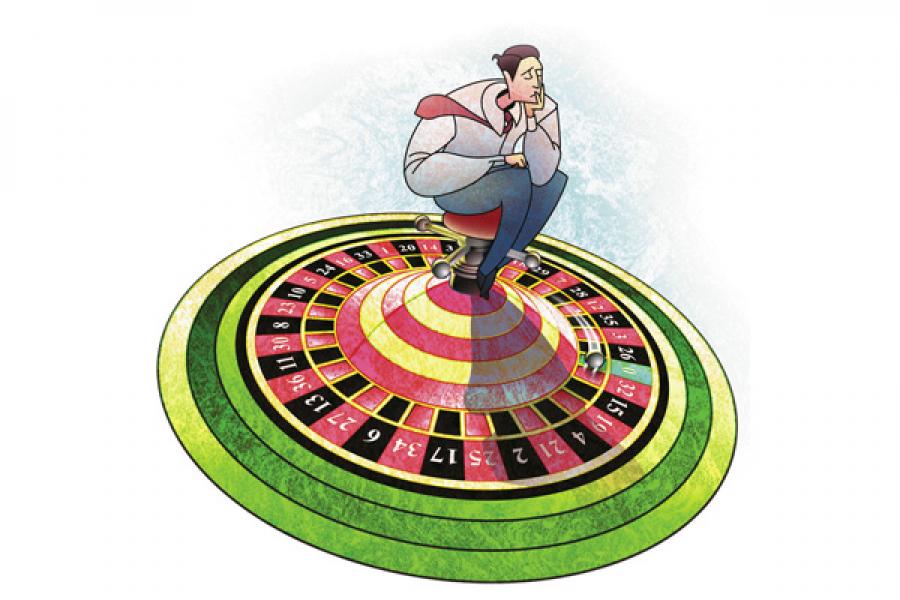 Most investors unquestioningly accept mercurial Mr. Market’s judgement as the final arbiter of the fairness of the price to value relationship. To do so is to mistake a joker for a genius. Any investor aspiring to above average investment results must certainly acknowledge the existence of biases lurking in our subconscious. The most effective way to deal with these blind spots is to ‘back test’ our decisions in order to effectively re-calibrate our thinking. The process is incredibly agonising and humbling since most of us tend to handle truth badly when it conflicts with cherished long-held beliefs. But the far greater risk is that by steadfastly remaining in denial, mistakes that can easily be set right become habit. The need to remain intellectually honest assumes special importance for the investor since the rear view mirror has limited value at best.

The notion that risk and return are positively correlated is a sacrosanct concept for the high priests of modern portfolio theory (MPT). This idea is reinforced whenever one participates in games of chance. To the extent that investors believe the market is akin to a casino or the lottery, it is easy to transfer the risk/return paradigm applicable in those settings to financial decision making. If accepting high volatility and high valuations as the sole definition of risk appears sensible, then taking on above average risks is consistent with the expectation of higher than average returns. Such an investor would clearly be anything but venturesome in the markets for intangible assets.

What happens to this blissful relationship if you extend your time horizon from a few months to a couple of years? What would happen if you applied the same reasoning to investing in stocks that you did to purchasing a house? The smart home buyer, based on extensive comparisons with other properties and past experience, is greatly enthused in pushing ahead with the transaction to acquire the house on offer, if he thinks that he can acquire something worth Rs. 50 lakh at Rs. 45 lakh. If he can somehow negotiate the price down to Rs. 40 lakh, he is close to ecstatic.

Intuitively, the prospective home owner understands that the lower cost purchase works in his favour in case he ever needs to sell the property by either minimising his future loss or increasing his profit — regardless of the price at which he eventually sells.

So, have we stumbled on to a new paradigm of financial decision making — low risk/high return — by shifting our attention to an asset that most of us regard as the single most important purchase in our lives? Have you ever wondered why the words ‘bargain’ or ‘sale’ have such a magnetic influence on most shoppers? The less than obvious answer is that the vast majority of individuals, as consumers, spend a portion of their lives accumulating information on the value of real or tangible assets.

The reason this argument is much less in evidence in the stock market is that the typical retail investor treats investing as a hobby. Not surprisingly, he has limited skills or experience in pricing assets that he can neither see nor touch. Evidence of ownership is simply a name on a demat statement, the worth of which is wholly dependent on the uncertain proposition that it will return adequate cash to the investor as time goes by to justify its purchase price. If an investor can approximately determine intrinsic value, he can justifiably anticipate good fortune.

Academia has literally found a gold mine in re-defining the art of investment into the science of finance. The idea that Greek symbols and intricate mathematical equations are essential to arrive at ‘optimal’ investment outcomes is a dangerously misplaced conceit.

However, it greatly abets investment advisers keen to preserve their façade of wisdom by creating complexity where none exists. As Einstein, no less, put it, “Any intelligent fool can make things bigger and more complex... It takes a touch of genius — and a lot of courage — to move in the opposite direction.”

Harry Markowitz pioneered the concepts of MPT in the 1950s by suggesting that intelligent portfolio selection comes down to identifying securities whose returns are un-correlated. The need to combine un-correlated assets led him to focus on the mathematics of diversification as a method of minimising risk.

In practice, Markowitz, winner of the Nobel Prize for Economics in 1990, had his comeuppance with the real world of investing when it mattered most — during the Great Crash of 2008! In that panic stricken environment, all assets seemed to move south in virtual lockstep. Only the main protagonists and geography seem to have changed since. The synchronous behaviour of asset prices remains virtually unaffected, much to the embarrassment of the academics and brave investors charting new territory such as the endowments and quant funds. Equally, it would be fair to suggest that as you add stocks to a portfolio that are of lesser quality and greater future uncertainty than the companies in which you have maximum conviction, risk actually increases.

While the safety of being with the herd is mentally comforting, it inevitably causes your returns to mirror the performance of the market. The degree to which a portfolio can be prudently concentrated actually depends on the skill, temperament and experience of the investor. The appeal of such a portfolio is that it is the only genuine chance any investor has to beat the indices by a substantial margin.

MPT also shoots itself in the foot by asserting that share prices incorporate and reflect all relevant information at any given point in time given the perfect dissemination of information. Clearly, insider trading and human emotion have no role to play in financial markets if MPT works! Imagine the conversation among a group of drunks at the bar near closing time. While they may be fluid, it would be unwise to bet on their being lucid.
As I wonder what logic in investing is all about, I hark back to the words of a famous British wit who remarked: “Nothing is better than eternal happiness. A ham sandwich is better than nothing. Therefore, a ham sandwich is better than eternal happiness.”

The typical retail investor treats investing as a hobby. He has limited skills or experience in pricing assets that he can neither see nor touch