No land of plenty for Indian farmers 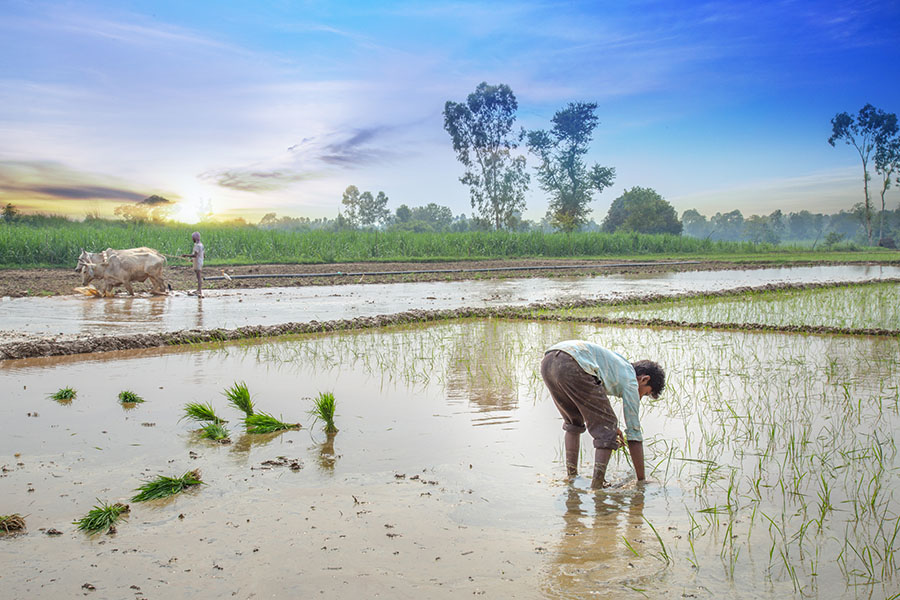 The findings of the latest agriculture census (2015-2016) published recently reveal that the toughest challenge the Indian farmer has been facing over the years is the shrinking size of his farming plot.

Between 1970-71 and 2015-2016, the average plot size has shrunk by more than a half: From 2.28 hectares to 1.08 hectares (one hectare equals 2.47 acres). The same piece of land got divided among more and more family members over generations, resulting in the average holding falling dramatically. In fact, the average plot size tends to hide the real size of the plot. Of the total 145.6 million farms, around 68.5 percent or close to 99.9 million farms are marginal, which means they are less than one hectare in size. 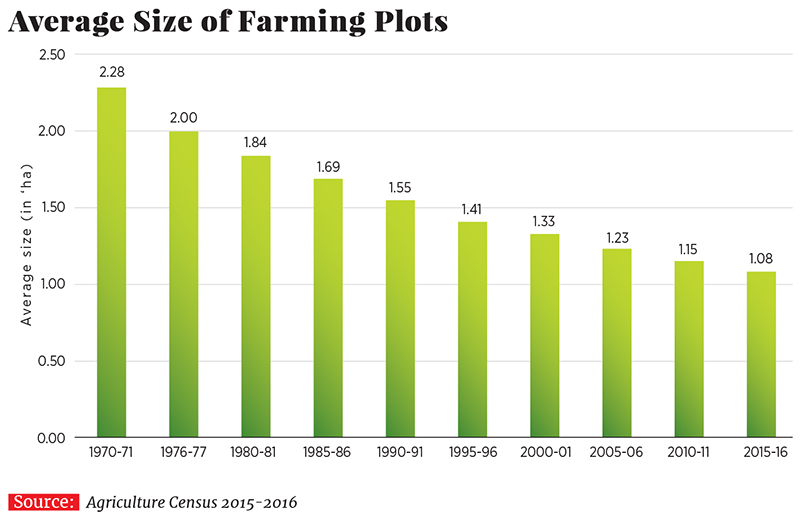 There hasn’t been much change in the size of a marginal farm over the past 45 years. However, more and more Indian farmers continue to farm on smaller plots, making farming unviable. Given that around one household typically has five individuals, 99.9 million farms mean around 500 million individuals are dependent on such marginal farms.

In fact, poorer states like Bihar and UP have a large proportion of marginal farms at 91.2 percent and 80.2 percent respectively. That explains the large migration that happens from these states to other parts of the country.

Also, on the whole, what does not help is the lack of clear land titles, which can help those who have agricultural land and are not interested in cultivating it to sell. This is a point that economist Hernando de Soto makes in The Mystery of Capital: “In a developed country, the farmer’s son who wishes to follow in his father’s footsteps can keep the farm by buying out his more commercially minded siblings. Farmers in many developing countries have no such option and must continually subdivide their farms for each generation until the parcels are too small to farm profitably.”

Over and above, there are change in land usage laws. Agricultural land beyond a certain size cannot be owned, as per the land ceiling regulations. This varies from state to state. What it does is that it limits the way a company can go about buying land that it needs for a particular project. Further, it is not possible to buy land and then appeal to the state government for a change in land usage. That affects a farmer who wants to sell his land and is looking for a buyer. Hence, private companies looking for land for reasonably big projects end up approaching the state government.

All this implies that more people need to move out of agriculture in other sectors. But the ability of the Indian economy to create jobs has been coming down over the years. That is a big problem with no clear solution in sight.