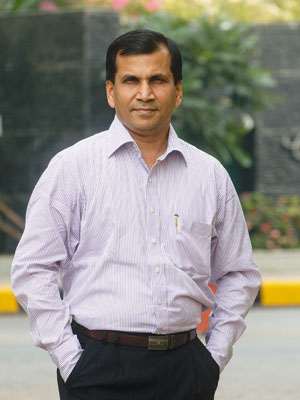 What was the purpose behind the partnership model at ICICI?
The Government of India and RBI had been pushing banks to lend to this third sector [MFIs]; still the capital flow was not adequate. The primary reason for that was that it was not driven by the market. But everybody saw the opportunity, that is where this partnership model came about sponsored by ICICI. We gave capital for lending to MFIs, and the constraint of capital was taken out from the MFI where it was shifted to ICICI bank ventures, making the MFI an outsourced service provider, in a sense.

Is there an oversupply of credit in the sector?
No there is not. The reason being, most players are still in the range of an average ticket size of Rs. 10,000. Now let’s say five loans are being taken by a customer. But not all five loans are taken together. So their average outstanding could be Rs. 35,000 – Rs. 40,000, that’s it.

Don’t customers have higher credit requirements?
Currently the benefit is not accruing to the customer because people are giving loans at different points of time, and everybody is giving in small quantities. For example in Rajasthan, a good buffalo costs Rs. 30,000. Somebody who is earning Rs. 10,000 neither can he buy a buffalo, let alone one-third of a buffalo!

Should MFIs just focus on handing out loans?
Here we come to the conflict of interest. You know Udipi hotels — they used to serve a limited meal in the vegetarian dish. Later they gave you the full meal. When you’re dealing with a low-income group, limited meals are important because you can’t say till I give you full meals, you go hungry. So in this case, whatever MFIs like SKS are doing with scale is right. But what MFIs like Basix are trying to do, is give them the full meal, which is the more sustainable meal option.

Is there no scientific way of assessing where to open a branch?
In the US, wherever a McDonalds opens, a Burger King opens. It is the same in microfinance. But today, even in states like AP and Karnataka, where there are MFIs, there are at least five of them — it’s highly penetrated. And then there are others, where there is not even one MFI, because nobody wanted to take the effort to find out what are ideal locations.

How did you become involved in rural markets?
I have a lot of passion for rural markets, ever since a very young age. I was born and brought up in a very small village in the Western Ghats in Karnataka. My primary school was so small, we had 11 students! In my class there were just three of us, as a result we were always ranked — 1st, 2nd or 3rd.

I still have a small farm there, and I have never opted to move out of this space. If there were other opportunities that came my way I never took it, unless they had to do with rural agri businesses. Even my new venture, the start up I will be launching in the next few months, will be in the same business.