Not all creative people are ready for business. Sujata Keshavan shares the lessons she learnt in making that crossover 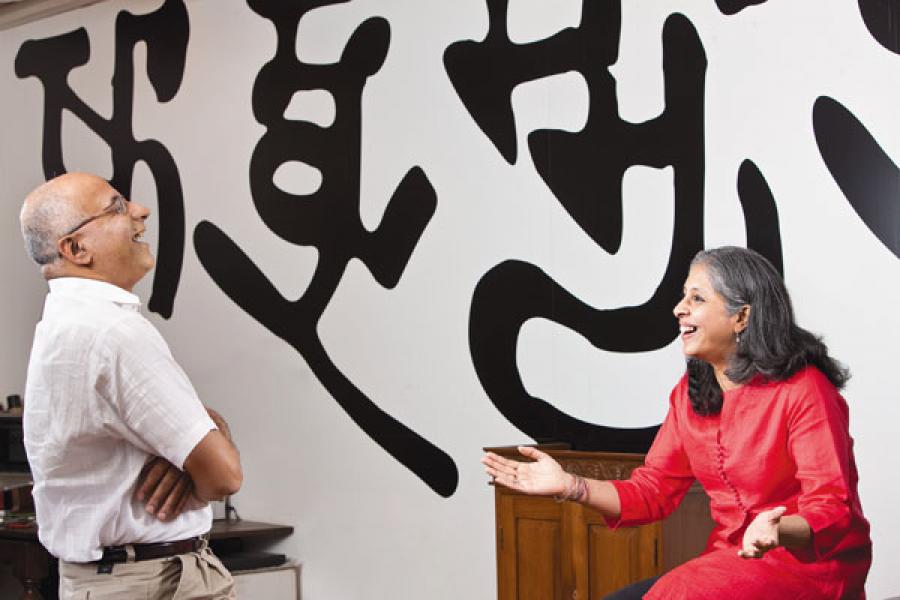 NAME: Sujata Guha Keshavan
PROFILE: Co-founder, managing director and executive creative director of Ray+Keshavan Design
LEARNINGS: Set your own standards, recognise the value of rigour and discipline and make your work a labour of love

Tom Peters, co-author of the much-talked-about book In Search of Excellence, wrote another significant book which many have missed. It is titled Re-Imagine. It is a book about how to achieve business excellence in a disruptive age. Its central theme is “design”. Most of us do not fully understand the power of design. So Peters moans, “It is frustrating because Steve Jobs, my favourite denizen of the Silicon Valley, got it exactly right when he said, ‘Design is the fundamental soul of a man-made creation’.” Peters goes on to say that trillions of dollars are at stake and “Nothing … NOTHING … is more important” to executives of world-leading enterprises today than “unadorned, unabashed fanaticism about design”. It is befitting therefore, that this fortnight we have in Zen Garden, one of India’s leading strategic-designers, Sujata Guha Keshavan.
Sujata Keshavan studied at the National Institute of Design and then attended the Yale School before returning to India to start Ray+Keshavan Design in partnership with Ram Ray, the man who had started Response. In 1989, with Rs. 12,000 from her side and Rs. 38,000 from Ram Ray, Ray+Keshavan was created as a design company, not an ad-agency. Those days, people had difficulty understanding the difference.
Over the years, Sujata bought out Ram Ray and continued to build the company on her own strength. Today, Ray+Keshavan’s client list reads like the who’s who of corporate India and her team of 30 is changing the brand image of leading organisations.
In 2006, WPP Group Plc, the world’s second largest marketing communications firm, acquired Ray+Keshavan where Sujata continues as managing director and executive creative director.
I want to know from her, the opportunities and the challenges in setting up creative economy companies like Ray+Keshavan Brand Union.
Does the creative economy present a huge potential for people of your profile who may be starting now? Is this, unlike when you started, “a don’t lose” opportunity?
Yes. After liberalisation took root, say around the year 2000, opportunities mushroomed, as design is a support service to industry and industry has since been on steroids. Every business, irrespective of size, needs design — starting with the product, the facility, the identity, communication, digital experience and so on. Indian companies are competing more than ever before, at home and in the world. Branding and Design are invaluable in helping companies win in the marketplace. As India grows and develops, and Indian brands get stronger, there is plenty to be done. Every little cafe or store down the road needs a sign and a menu, so no matter how small you are starting out, there is a lot of work that you can pick up. Also, there are virtually no entry barriers. You just need talent and a computer next to your bed and you can be in business!
What does it take to build a creative economy enterprise?
I think you need a strong point of view. You need to have clarity about why you are in business, what it is that is driving you, and build a team with like-minded people who share your goals and your view. While this may be true of any enterprise which is to succeed, it is particularly true of one which is part of the creative economy where individuals can be very independent-minded and detest hierarchy.

What are the things creative people often overlook while starting on their own?
I have noticed that a lot of creative people are not business minded. They can get lost chasing an idea, leading to time and cost overruns. They very often lack discipline and can be terribly self-indulgent. In the guise of “creative freedom” some designers can be downright irresponsible.

Why is it difficult to retain creative people?
Creative people tend to be restless and get bored easily. They may soon start differing from their boss and from the organisation on many fronts. They are not security conscious and are not driven by the same values that drive the usual middle-class person, such as buying a car, then a bigger car, a house, a bigger house. They rather give up a permanent job to go to the Pushkar Mela if the boss refuses to grant them leave. So it is hard to retain them using the usual monetary incentives that work in most industries. So the typical barriers to moving on are not there in their case.

Do creative entrepreneurs run a high risk of being self-absorbed?
Yes, I think that this is true. In design, for example, there is usually a person or set of people for whom you are designing, and very often in a heterogeneous country like India, this person is quite different from yourself. It is all too easy to lose sight of these differences, and most often designers fail because they are designing for themselves, or for praise from other designers, rather than for the actual user. It is also very easy to fall in love with one’s idea; it is your own creation and therefore very difficult to abandon, even when it is clearly unsuitable.

For a young Sujata starting today, part with your three golden lessons.
Firstly, don’t aim merely to satisfy your clients’ standards which may not be that difficult. Set your own standards. Second, know that rigour and discipline are extremely important. Even if you have great creative flair, you have to work hard with tenacity to build a body of work, or a successful organisation. Finally, do not choose a field or endeavour only because of the money. If your work is a labour of love, you are likely to be good at it, and money will most likely follow.
Just as we are ready to go, I wonder where she sees herself 10 years from now, because at 47, her best years have only begun. She smiles enigmatically and quips, “I am a designer and not an astrologer; although I recognise that in our country it would be a profitable change of profession”. I could agree to that. Only if, by design!
Subroto Bagchi is co-founder & gardener, MindTree and a best-selling author. His brief:  Every fortnight, exchange tales of the road with successful entrepreneurs

Correction: This article has been updated. Sujata started her design company with Ray Kesavan in 1989 and not 1999 as stated earlier.