Passive Mistreatment In The Workplace

Jennifer Berdahl on passive mistreatment in the work place 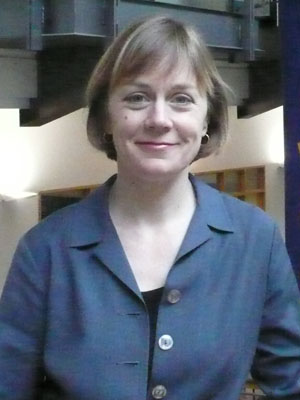 Visible forms of mistreatment in the workplace – such as bullying or abusive supervision – are pretty hard to miss; but you have found that a more subtle form of mistreatment has an even greater impact. What is it?
My colleagues and I have used the broad term ‘ostracism’, but it’s really a constellation of a variety of passive and indirect behaviours. Whereas aggressive forms of mistreatment involve taking action against someone, passive forms of mistreatment involve not taking action against someone. This might include not speaking to them, not helping them or not offering them information that they need to do their job effectively. It can also include talking behind someone’s back, excluding people from decision-making or going out to lunch with a group and purposely not inviting someone.

Notice that none of these behaviours involve actions directed towards the targeted person; they might not even be obvious to the person who is the subject of the behaviour. It’s a passive form of sabotage. Recently I was an expert witness for a case at a university’s Engineering Department. A female professor was being evaluated for her ability to demonstrate and teach how to use a particular piece of machinery, and unbeknownst to her, a senior male colleague of hers had gone into the room before she got there and unplugged the machine. At first, she couldn’t figure out why it wasn’t working; she fumbled around and of course, this made her look incompetent. This sort of thing can drive the victim crazy, because they can’t prove anything; they can’t even talk about it without appearing
somewhat paranoid or neurotic.

We see lots of this bad behaviour in our schools, where steps are being taken to address it; but in the workplace, we’re all supposed to be grownups, so it’s much harder to confront or address.

You have studied the impact of passive mistreatment on employees. What were your key findings?
Our major finding was that these indirect forms of mistreatment are actually more harmful to the victim than overt forms of aggression. This really surprised us. In our first study, everybody pretty much agreed that it is more socially acceptable to ostracize  someone than to be aggressive, and that it’s less harmful  overall. These two things seemed to go hand in hand: thinking  that it’s okay to do it and that it’s not really hurting anyone  serves to encourage the behaviour. As a result, if you don’t like  somebody or you’ve got an issue with them, that’s what you’re  likely to do. But we also found that the people who were ostracized  experienced significantly higher levels of depression and  other negative physical effects – trouble sleeping, headaches,  heart problems, you name it. They also experienced more negative  workplace outcomes: attitudes about their jobs, intentions  to quit and commitment to the organization were impacted to  a greater extent by exclusion than by direct aggression.


What can managers do to address this issue?
It’s very tricky, because social behaviour is seen as involving free  choice. You can’t force someone to like a particular person. But  that same logic was applied to sexual harassment in the workplace  when it was first identified. People said, ‘This is a personal  issue,’ or ‘It’s just a matter of sexual interest; there’s nothing we  can do to regulate it’. The realm of subtle behaviour is similarly  harmful – in fact, a recent study showed that it is even more  harmful to the target than sexual harassment, because the victims  can’t do anything about it. There is really no recourse for  you if someone is refusing to speak to you, even though it should  be seen as just as aggressive as if they were yelling at you. One  very contestable area is the realm of ‘drinks after work’ and softball  teams and the like: what do we do about all of these informal  areas in which employees bond, exchange important information  and socially network on the job? These gatherings have real  career – and also mental health – repercussions for people.

You recently studied whether the negative side of sexual behaviour in the workplace has been exaggerated. What were your key findings?
Sexual behaviour in the workplace has always been viewed as  inherently negative, but recently, a few scholars have proposed  that, maybe it isn’t all negative – maybe some of this behaviour  leads to social bonding or releases stress. My colleagues and I  decided to look into this.

We basically divorced the evaluation  of the behaviour from the measure of it and just focused on asking,  ‘Has anybody told a sexual joke in your office recently? Has  anybody given you sexual attention?’ Then we asked people,  ‘Did you enjoy it or not?’ What we found is that this type of  behaviour is pretty common, and that some people do enjoy it  – although not many women enjoyed it and surprisingly few  men did. However, we failed to find any work-related benefits to  it: it didn’t improve people’s job satisfaction, their commitment  to the organization or their overall happiness.

Although these ideas are pretty  archaic now, at one time men were seen as stronger and more  competent, while women were seen as more nurturing and  warm. Over the last 20 years, researchers have started to study  the implications of prescriptive stereotypes. They have found,  for instance, that when a woman demonstrates undeniable competence, she is indicating that the descriptive stereotype is  wrong about her, and she will likely suffer negative repercussions.  It isn’t just that people have to correct their estimations  of her – they actually have a negative reaction when she violates  the descriptive stereotype, and that started being identified as a  prescription: not only are women less competent, but they  shouldn’t be as competent as a man.

You have studied prescriptive stereotypes of Asians in the  workplace; what were some of your key findings?
A very bright Rotman doctoral student, Ji-A Min, took a seminar  of mine and asked the question, ‘Aren’t ethnicities also  subject to prescriptive stereotypes?’ For example, it’s not just  that Asians are perceived as more competent, less warm and  more submissive compared to Caucasians; perhaps they are  seen as needing to conform to these expectations, as well. We  decided to study this. We found that the stereotypes of Asians  are that they are cold and cunning but that they are also more  competent – ‘the model minority’. In addition, they are also  seen as submissive and deferential (i.e., knowing their place).  We thought, of these descriptions, people wouldn’t necessarily  prescribe coldness because they wouldn’t want to experience  that; they also wouldn’t prescribe superior competence, because  the dominant group wouldn’t want that to be true either; but  they would definitely prescribe deference, because that would  keep the social structure in place. We looked at field data and  found that Asian employees who were not very deferential  experienced the most ethnic harassment – that this was definitely  a risk factor for them. If they were deferential, they were  treated the same as other employees; but if they stepped out of  their place and displayed similarly dominant characteristics to  the dominant Caucasians, they were harassed.

In your study of Latino stereotypes in the workplace, you  found that both Whites and Latinos concurred that Latinos  were ‘less competent’ and ‘less warm’ than Caucasians.  What are the implications of this finding?
Social psychologists have known for a long time that, sadly,  subordinate groups buy into many of the negative stereotypes  of themselves, and this is something that helps to perpetuate  the status quo. But there hadn’t yet been a study of people interacting  with each other for the first time. It’s one thing to rate a  group in general, but it’s another to meet somebody face to face  and apply that same stereotype to them. We studied this and,  somewhat surprisingly, we found that people were actively using  these stereotypes to describe the people they interacted with,  even in a very small group. Caucasians were seen as ‘more competent’  and ‘more warm’ and Latinos were seen as ‘less  competent’ and ‘less warm’.

This dispels the notion that if you put a minority in charge,  they will bring people ‘like them’ up behind them. Cheryl  Kaiser of the University of Washington did a study to see  whether people actually ‘pull the ladder up behind them’ and  kick people like themselves away, and she found that it really  depends on the degree to which they identify with their group.  If you identify strongly as a woman, for example, and you  believe in women’s rights, you’re much more likely to lift other  women up; but if you sort of deny that aspect of your identity  and try to be ‘one of the guys’, you’re more likely to ‘kick’ other  women off the ladder.

Clearly, your research touches on a wide variety of  Undiscussables. Which, in your view, requires our immediate  attention?
I’d say it’s the subtle forms of mistreatment in the workplace.  We finally have some consensus that overt forms of harassment  and bullying are unacceptable and damaging. Of course,  these things are still a problem, but they are not nearly as  prevalent or as harmful as exclusion and other indirect forms  of mistreatment. We must begin to identify this behaviour  and design practices that discourage it.
Jennifer Berdahl is an associate professor of Organizational Behaviour at the Rotman School of Management. She holds a PhD from the University of Illinois. Rotman faculty research is ranked in the top 20 worldwide by the Financial Times.

Tweets by @forbesindia
Why Leaders Lose Their Way
Battle among the clouds for SalesForce.com