Kaushik Basu: The Government Should Be a Referee for the Marketplace

What should be India's long-term economic agenda? 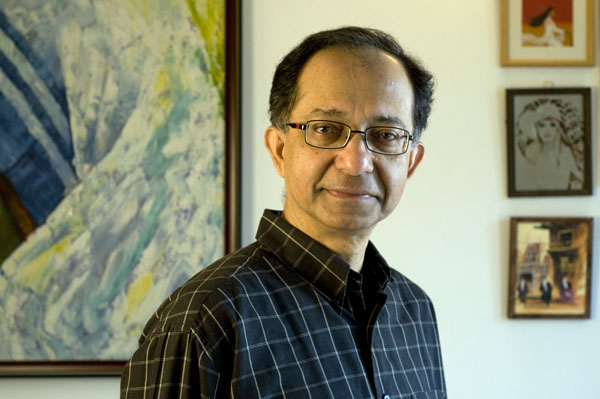 What are the ideas you would like to see in long-term economic policy?
It is time for India to go for a major export thrust; in particular, in labour-intensive manufacturing export. This will also help mitigate the problem of poverty by enhancing India’s ability to absorb labour. But this will require a huge amount of effort and co-ordinated policy initiatives. It is not just a question of tweaking one tax rate here and giving one subsidy there. Fortunately, the mood of the country is such that you can float some big ideas and hope for them to find acceptance.

What are the long-term risks to economic policymaking in India?
One domain of uncertainty has to do with the fact that India is entering a phase of policymaking in a globalised world. The world economy is getting globalised and India is integrating into this globalised world more rapidly than almost any other country. This creates large opportunities for us but at the same time brings new challenges to our doorstep.
India is becoming, whether we like it or not, a fairly major player in the world and as a consequence, we are charting into a terrain of policy formulation that we are not familiar with.
A related challenge — and this applies to the world as a whole — concerns exchange rate policy and management. With the world becoming increasingly a common market and yet there being so many currencies, raises deep questions of exchange rate uncertainty and financial stability. Imagine the problems that would arise if within a country several banks had the right to issue currencies. In some sense, that is the problem that the world faces today. This problem was anticipated more than a century ago by [William] Stanley Jevons. Whereas Jevons merely imagined what it would be like to make policy in such an integrated world with multiple currencies, we don’t need to imagine this; we live in such a world. To the extent that India is today a global player, with robust international capital flows, we are no longer sheltered from this global problem.
What about climate change?
Climate change is a big challenge for India. As a new entrant in the global arena we have to learn to play this game differently from the way we did in the past. We can’t sit behind closed doors and say that this is what we are going to do, since what we do is now of interest to other nations; and so we have to co-ordinate with other countries of the world. If economics is an unsettled science, so is the science of climate change. Hence, crafting economic policy in the area of climate change is like one dismal science meeting another even more dismal a science — I won’t tell you which is which.


What is your view on the revival of Pigovian (of British economist Arthur Cecil Pigou) economic thought globally?
The Pigovian construct of intervening through taxes and subsidies is important but somewhat dated. I think we need more imaginative policymaking than going back to the old Pigovian constructs. Yes, there is of course a role in using taxes and subsidies to correct for externalities. But beyond that the important thing is for the government to play a more enabling role. The government’s first knee-jerk reaction must not be to stop people from doing what they are doing but to give individuals the latitude and freedom to innovate and perform trade and exchange. India is too big and complex a country for our government to be able to deliver all that its large citizenry needs — its food needs, employment needs and so on. To attempt this is to court failure. Instead government must conserve its limited resources to make surgical interventions and to be a referee for the marketplace that encourages the citizenry to provide for the needs of one another.

But wouldn’t Pigovian interventions be relevant in an economy trying to control emissions?
That is right but again this relates to the limited domain of externalities, where one person’s action adversely affects another’s well-being. This is an important area but we must not be obsessed with it. Pigou, I should warn you, became an obsessive hypochondriac in his old age.

Does India have enough resources to scale up quickly?
Scaling up is a two-way thing. If right now we want to step up to being a fully industrial and mega powerful country, then we don’t have the resources. But as India invests more and uses its resources well and develops, it becomes capable of investing even more and that enables it to grow even more.
I do believe, though, that we have more resources than we would think of at first sight. India’s saving and investment rates are remarkably high; on this score India now fully belongs to the East Asian club
of high investors. The investment rate went up by a stunning 10 percentage points between the year 2000 and 2007. This is quite unparalleled. It is true that China invests more than us — close to 50 percent — but we have one advantage that is internationally recognised. India is more efficient in converting investment into output than China.
What about poverty eradication?
With our high growth, we should not have the level of poverty that we do. So poverty eradication must be a priority of any good government. This government has fortunately been spending more money on anti-poverty measures than previous ones. It now needs to design its programmes better so that there are fewer leakages. This is, like exports, another area that needs imaginative government policy initiatives. We need to work out schemes whereby we can reach the target population with minimal loss due to leakages and pilferage, which are still too large.
Are these ideas being heard in the right political and bureaucratic circles?
A problem that all democratic systems have to contend with is that for politicians it is more important to be ‘seen’ to be doing things, than doing things. Also their horizon of policymaking is short, defined by the electoral cycle. Good economic policy often requires us to take a longer view, of say 10 years or even 20. You need statesmen-like politicians, and astute bureaucrats who will have such a long-term vision. Fortunately, India today has a handful of such people in government. This, to me, is reason for hope.