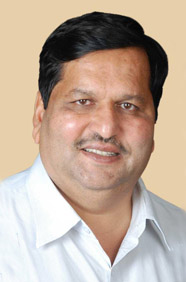 Property magnate's privately held Lodha Group, run by sons Abhishek and Abhinandan, is building a 75-story Trump Tower in Mumbai, to be completed by 2018. The firm was recently downgraded by ratings firms Moody's and Fitch, partly due to its rising debt. Recently it completed the first 60-story tower of its landmark World Towers project in midtown Mumbai, billed as the world's tallest residence. Unfazed by Brexit, Lodha has started sales of its luxury apartments in London at Grosvenor Square and Lincoln Square.