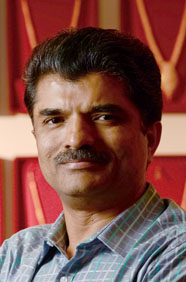 Runs gold-jewelry exporter Rajesh Exports, which straddles the entire value chain from mining to refining to retailing. With a refining capacity of 2,400 tons annually, it is the biggest gold processor in the world. The company reported a threefold jump in revenue to $25 billion in the past year, buoyed by last year's acquisition of Swiss gold refinery Valcambi for $400 million. Shares his wealth, which includes stakes in African gold mines, with 3 brothers.
Mehta is a fan of Bollywood music