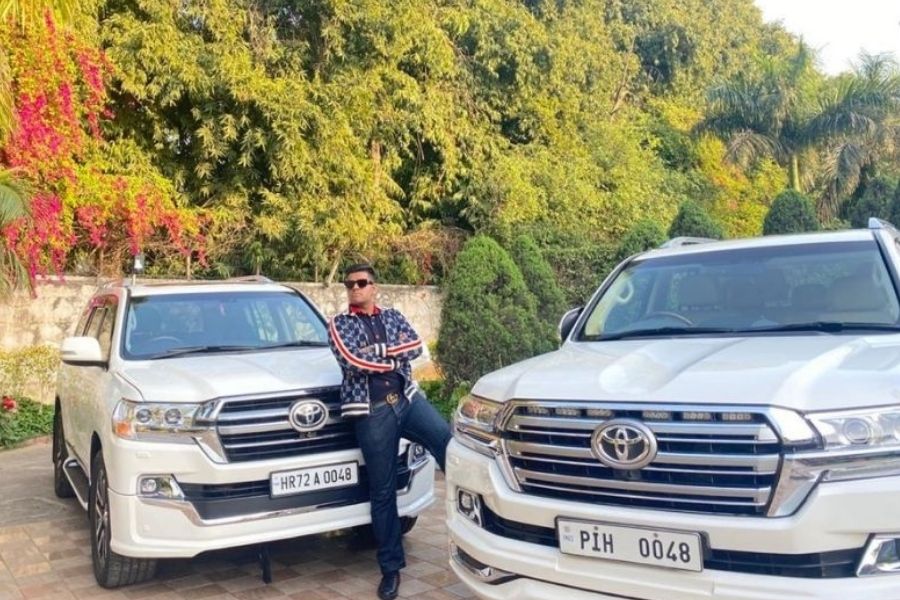 Desires start with a novel dream that you see with open eyes and transform into reality with hard work. Achievement need not be part of the legacy; one such encapsulation is a young and enthusiastic entrepreneur Ajay Singh Tanwar. Ajay hails from Delhi's affluent and celebrated family which boasts a charismatic run in politics. Ajay has the name and fame, but he believes in carving his clan. Trafficking social media with high-end luxury cars and benevolent work and personality, the young entrepreneur has proved his mettle time and again. There are thousands of followers flooding DMs, showering praises, and getting influenced by Ajay's lifestyle. Recently Ajay has been conferred with the ‘Most Influential Entrepreneur of 2020’ award by the Elite Magazine. Ajay has consistently longed for automobiles.  He is so into collecting automobiles going from snazzy to rich, which incorporates Lamborghini, Ferrari, Rolls Royce, Bentley, Mclaren to name a few of his dream collections. Ajay is honored with both karma and the ability of which he has made an important use. At such a young age managing two top-rated hotels are not child's play. Ajay is a proud owner of the Ocean Pearl Gardenia Hotel & Kings Forth Hotel in Chattarpur. The hard work and keep going attitude has brought him many feats and laurels in a short period. Today, Ajay has made his very own significant Fanbase via web-based media with practically a large portion of individuals following him to lead such an exemplary life. Talking to us Ajay shared a mantra of success, "I trust in giving my best and living with no second thoughts. Also, if you have worked enough, the outcomes are consistently productive. I feel happy and motivated when such a huge group of young aspirants idealizes me, I just have one mantra to succeed follow 3Bs, belief, build, and become." Connect With Ajay Tanwar on Instagram :- @ajaytanwar48_official Facebook :- https://www.facebook.com/ajaytanwarofficial The pages slugged ‘Brand Connect’ are equivalent to advertisements and are not written and produced by Forbes India journalists.