The cynicism towards India is rapidly fading away: Amitabh Bachchan

From movies to social awareness campaigns to, now, an uplifting television show, Amitabh Bachchan, at 73, continues to do it all and stay inspired in the process 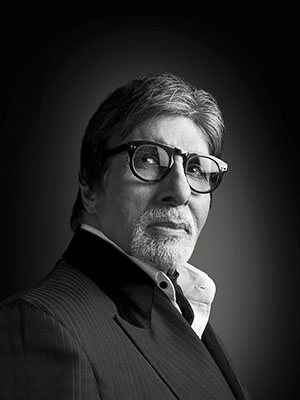 In a nation that loves (and sometimes hates) its cinematic icons to bits, Amitabh Bachchan stands among the tallest, and not just literally. At 73, Bachchan is busier than most actors half his age, dividing his time between television shows, endorsements and movies. Though the megastar likes to underplay his stardom (he even says he “strongly disbelieves” in the word), his enormous following shows no signs of abating.

Drive down the tony Juhu Vile Parle scheme of Mumbai around 5.30 pm on a Sunday, and you will see hundreds of fans jostling right in the middle of the road—bringing traffic to a standstill—waiting for the routine darshan which Bachchan gives them. Standing on a little makeshift podium near the large gates of his bungalow Jalsa, he waves at his fans and they roar their appreciation. Traffic policemen in the area are used to this weekly routine by now and can only look on with a smile. Bachchan himself says he is both surprised and overwhelmed that more than 30 years since a serious accident on the sets of Coolie nearly killed him, his fans have continued the practice of gathering outside his home every Sunday.

Today, Bachchan is as much a phenomenon on social media as he is in the entertainment world. His official Facebook page has over 22 million likes and he has 18 million Twitter followers, engaging with them every day even as late as 2 am. Not surprising, that he tops the fame rankings in the 2015 Forbes India Celebrity 100 List, and finishes with an overall rank of No. 3, after Shah Rukh Khan and Salman Khan.

This year, Bachchan has had a runaway success in Shoojit Sircar’s Piku, where he played an eccentric old man obsessed with his bowel movements, with Deepika Padukone playing his daughter. The other movie during the time period under consideration for this year’s celebrity list was R Balki’s Shamitabh where Dhanush, the son-in-law of Tamil megastar Rajinikanth, was his co-actor. This apart, he completed yet another season of the popular gameshow Kaun Banega Crorepati.

In recent weeks, apart from his several endorsements, Bachchan has been busy with his new weekly television show Aaj Ki Raat Hai Zindagi (AKRHZ), where he talks to real life heroes who are doing social work and impacting lives. This show, unlike Aamir Khan’s social awareness talk show Satyamev Jayate, includes an entertainment format with appearances by other celebrities. From an old man who has spent his life uniting people who get separated from their families at the Kumbh Mela, to someone who offers accommodation to poor cancer patients and their families in Mumbai, to a young girl who has managed to create a musical group with visually impaired people who earlier made a living singing at railway platforms, Bachchan’s show has feted them all.

Today, as Bachchan shuttles between film and television sets, while pushing for hepatitis awareness and a TB-free Haryana, he has little time for anything else. Despite his own best efforts and that of his trusted secretary Rosy Singh (who is somewhat of a celebrity herself), Bachchan was unable to meet Forbes India. Instead, he opted for an email interview in which he writes about his idea of India, the impact of his new show and his cult status on social media:

Q. Your show AKRHZ is about people making a lasting impact on society. Tell us about your experience working in this show.
AKRHZ has been a revelation for me and I hope for the many that have seen it on Star [Plus]. Picking individual stories of those who have selflessly, without any ulterior provocation or motive, taken an initiative to work for society, on some of the most humane grounds, has not just surprised many, but also created in them, hopefully, a desire to do similar [things].

The stories of these ‘heroes’, these ‘nekdoots’ as we refer to them, are passionate, emotional and hugely inspirational.

Where do these people come from and how do they build their desire to do what they do, is beyond astonishing. I feel dwarfed in their presence, and at times immersed in guilt at not being a small part of their lives and to be able to think like them.

There have been times when I am unable to describe in words their ‘heroic’ deeds; to describe just how incredible their contribution has been to society and to our fellow countrymen.

Q. How has AKRHZ impacted you as a person?
If you can call it an impact, I have attempted to, first, narrate and introduce these extraordinary humans to the television viewers, to my friends personally, and have made a small effort in being among them in their circumstances and their work, just to let them know that they are not alone and that we completely endorse what they have so miraculously achieved. This is not a job—it is a moment of great pride. I am obliged that I am asked to do this. It is a privilege! 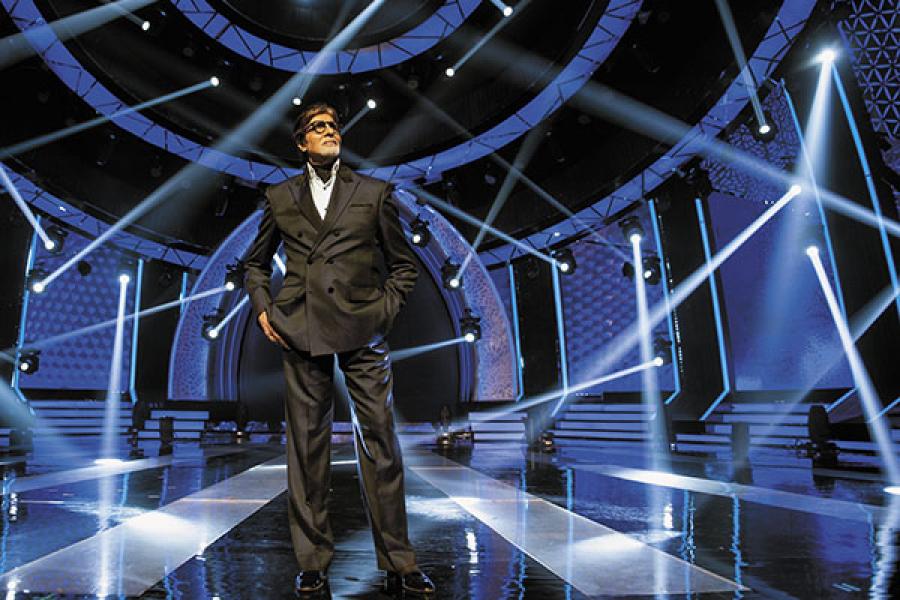 Q. Despite the strides India has made in recent years in terms of its economy, what are the continuing challenges facing Indian society? Which are the key areas of concern?
It is clichéd to state that India is a complex and diverse society and country. Its issues are vast and complex too. After being enslaved by foreign powers for centuries, an independent India has had to make quantum leaps for its progress and its development. Quantum leaps create vacuums. We as a country have had to, and shall have to, learn to live and exist within these circumstances. For a nation that has such a vast and complex history, and one that has achieved its independence in 1947, I feel it is remarkable that we are today, within just 68 years, a nation that has captured the imagination of the world, through its progress and envied by other developed nations. The era of cynicism and scepticism towards India is rapidly fading away and I do feel extremely optimistic for the country in the days and years to come. I hate my country being referred to as a ‘third world developing nation’. I wish to see it being referred to as a ‘first world developed nation’ within my lifetime.

Q. There is a lot of talk about India’s ‘demographic dividend’. However, it’s also a big challenge since the youth will need employment. How do you see this issue?
Name one country that does not have the stigma of unemployment, third world or first. These are ongoing constants in life. Each hour is a challenge, and thank God for that. Life would be so devoid of life without challenges.

Q. People talk of India’s ‘soft power’ potential. What do you think your industry can do to make India stronger on the global stage?
We are already strong. We are the largest film-making nation in the world. We are perhaps the only nation that has so many diverse languages, prominent independent film-making industries within one boundary. And in terms of visibility, if you are thinking of giving me the example of Hollywood, then you need to think again, because apparently the statistics some years ago stated that if there are 3.2 billion viewers for Hollywood, there are 3.8 billion for our cinema. And counting.

Q. At 73, what does your continuing stardom mean to you? Has your perspective of stardom changed over the years?
I am not at the top of any game, and neither is there any continuation in my so-called stardom—a term I strongly disbelieve in. My perspective in life and towards my profession has been to work [on] the work given to me. It is hard to come by these days due to my age, but whatever does come, I thankfully accept and try to give it my best!

Q. How do you engage with your ‘Extended family’—who you call your Ef—of social media followers? Do you think this huge network can be used for social good?
I write a blog each day and have done so for the last 2,788 days without any break. I am on day 2,068 and 1,158 on Twitter and Facebook respectively, without a break and my collective social media strength has now risen to approximately 44 million followers. I engage with my Ef each and every day.
You would have to define what you mean by ‘social good’. For me the very fact of connecting amiably, informatively and emotionally with my Ef is socially good.

Q. How do keep yourself motivated and charged up?
Yes I am busy, but just like I have found time to respond to your questions, I find time for my other responsibilities too, both professional and personal. I do not understand the words ‘motivated’ and ‘charged’. I am ‘motivated’ to give a good shot as desired by my directors, and I do make sure that my mobile is ‘charged’ all the time!

Q. You have dabbled in business ventures and have been forthcoming about how you are more an actor than a businessman. Your son Abhishek is a successful sports entrepreneur in addition to his acting career. Your comments?
It is prudent and wise I believe to ascertain and acknowledge your weaknesses, as it would be to do so for your strengths. I am happy that I am weak and that Abhishek is strong!

Q. You have been vocal about how there is a huge influx of young and talented people in the industry. How do you think the craft has evolved since your debut in Saath Hindustani?
Technically we have made massive progress and the talent that has invaded our industry is quite phenomenal. Each Friday I witness a fresh brigade of amazingly talented youngsters, who fill me with an admiration that is beyond description. I laud and applaud them and may they continue to bring greater glory to not just India, but beyond its shores too.

(This story appears in the 25 December, 2015 issue of Forbes India. To visit our Archives, click here.)