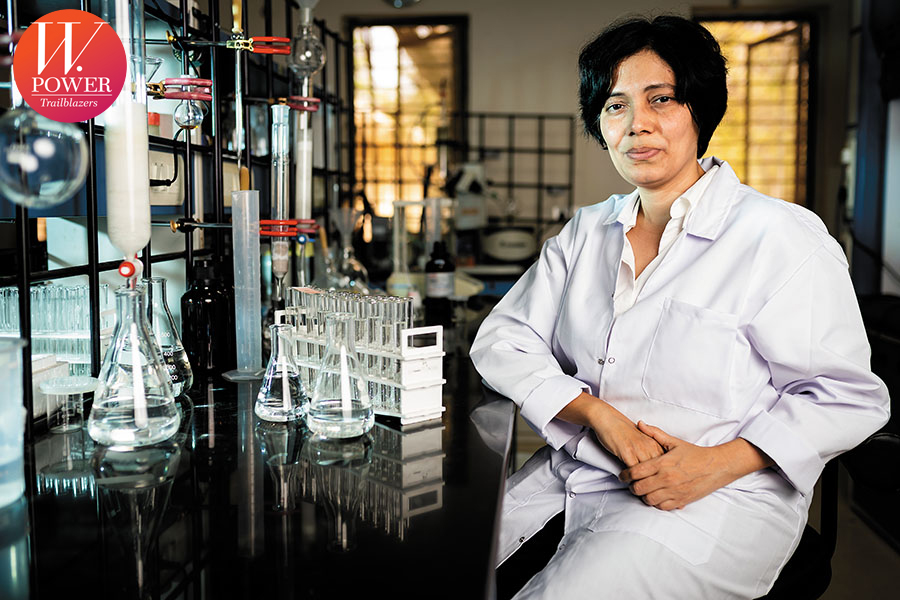 “As a child I dreamt of discovering the Holy Grail, and I decided to pick science as my weapon,” says Subhadra Dravida, founder and CEO, Transcell Biologics. The stem-cell researcher-turned-entrepreneur strongly believes in translational research, and feels entrepreneurship was the logical extension of her research journey. “I have always felt that I have a magical power to cure the suffering and entrepreneurship is the catalyst, which will help me reach the finish line.”

Transcell Biologics, started in 2009, is a Hyderabad-based biotech company that uses transformative stem cell-based products and solutions to treat chronic and debilitating diseases. The company commercialised its bio banking vertical (cryopreserving donor cells for regenerative and personalised medicine) in 2011. “We started with the biobanking vertical. And recently have moved into developing stem cell-based models that are being advocated as alternatives to the animal testing for pharma companies and researchers,” says Dravida. So far, Transcell Biologics has received $3.5 million in funding from a couple of HNIs from Hyderabad, and the Indian Angel Network (IAN).
2019 W-Power Trailblazers list  “I liked the fact that they had bootstrapped their way and were also working on an asset light model, leveraging her lab and academia connects. The potential high value intellectual property that was on the table—albeit the need for patient capital—was a final kicker in terms of the upside,” says Sanjay Jesrani, founder and CEO, Go North Ventures, part of the IAN network.

Dravida is a postgraduate in industrial biotechnology, with a PhD from University of Ottawa, Canada. She has worked as a researcher at institutes such as the University of North Carolina, and the Ottawa Health Research Institute. In India she has worked at the Centre for Cellular and Molecular Biology and the LV Prasad Eye Institute, Hyderabad.

While entrepreneurship wasn’t part of her plans, since she was 16 she knew science was her calling. So what pushed her into setting up her own company? “When I was in Canada, pursuing my PhD for a particular section of my work, I had no option but to wait for eight months, simply because the approvals were taking too long. I realised decision-making from the committees was taking too long, which was very frustrating. I felt that as an entrepreneur I could speed things up,” she explains.

Dravida’s journey as a businesswoman has not been without its set of challenges. “At various stages during my entrepreneurship, I had a tough time securing capital, getting funding, deliverables and team building. It is a continuous examination, and as a solo founder it is tougher.”

Like most women, she has had her fair share of men questioning her. “I have this brilliant ability of forgetting what is not important! I don’t pay too much attention to such people,” she laughs.