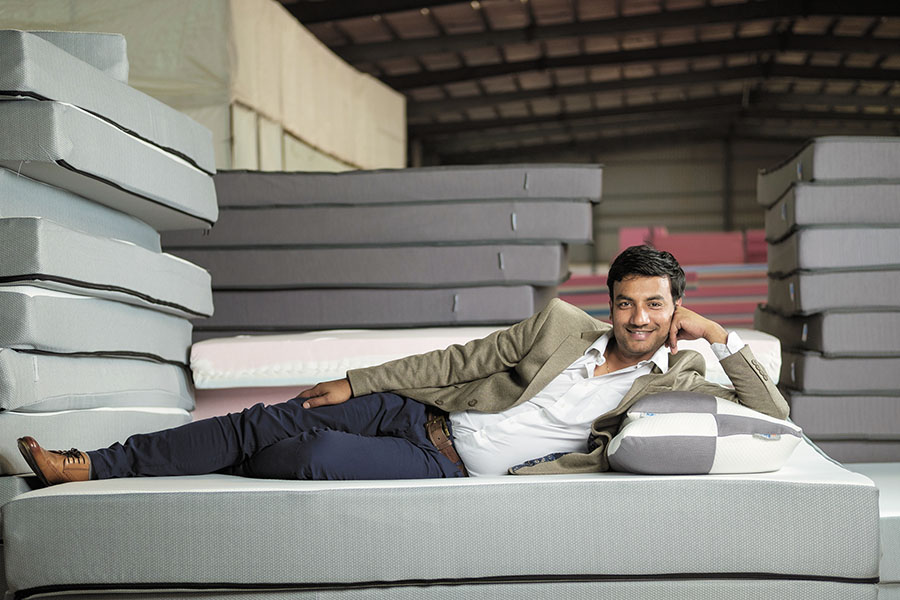 Ankit Garg went shopping for a mattress in 2014. He’d spent the last four years selling foam for Bayer Material Science and realised he knew a lot more about his purchase than the salesman who couldn’t even answer basic questions about the density of the foam, its thickness and so on. The salesman was merely trying to make an estimate of his spending power to guide him in his once-in-10-years purchase.

“There is a huge information gap where the buyer doesn’t know what he wants and the salesman tries to sell him a product he thinks he can afford,” says Garg. Add to that the commissions paid to the super stockist, distributor and retailer (about 45 percent for all three), and the space was ripe for disruption.

Click here for 30 Under 30 2019 list A few months later, Garg partnered with mentor Chaitanya Ramalingegowda, 37, and got down to business with Wakefit, a Bengaluru-headquartered company that would ship mattresses directly to customers and offer lower rates. To get them to trust an unknown brand, he offers a free 100-day trial, which has a 4 percent return rate. The company offers just two types of mattresses across various sizes. Four years on, Wakefit ships 250 mattresses a day and is on track to clock about ₹90 crore in revenue this financial year.

Garg now plans to make Wakefit a sleep solutions company. It recently launched pillows and a bed, and raised ₹65 crore from Sequoia Capital India. “Channels with slow-moving products have to be incentivised well and Wakefit’s direct-to-customer model is what attracted us,” says GV Ravishankar, managing director at Sequoia Capital India, whose investment will be used for research and development, and automating parts of their factory.