Drawing from his personal experience, Kendre set up Eklavya India to mentor and lend a helping hand to first generation learners so that they can achieve their full potential 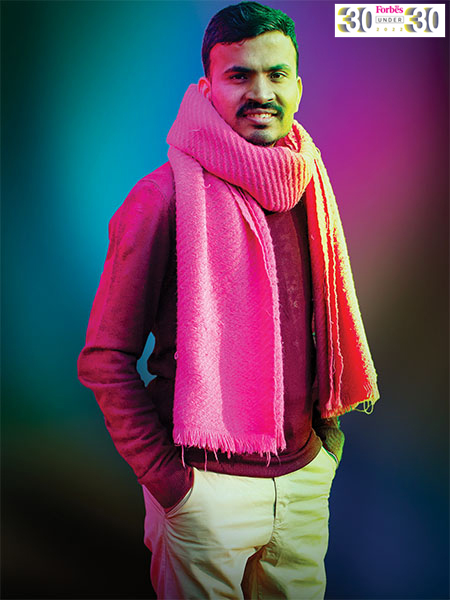 Ten years ago at 18, when Raju Kendre, the son of farmer parents, arrived in Pune to pursue his graduation, he had no one to guide him, nor could he figure out the finances for continuing to stay in the ‘big city’. In three months, he returned to his village in Buldhana district in Maharashtra, transferring his admission to distance education.

Alongside his studies, he went to work with an NGO in the Melghat region, where he not only gained insights into grassroots work but also a strengthened resolve to work for tribal communities. After a master’s at the Tata Institute of Social Studies (TISS), Tuljapur, a fellowship from the chief minister’s office took him to Yavatmal where he started teaching in a college. There, in 2017, he also started mentoring students, and his organisation Eklavya India, an initiative promoting higher education and enabling grassroots leadership of first-generation learners, was born.

“I remember the first day of class I asked, ‘Where do you want to go study for your PG?’ I gave them names of local colleges and 90-95 percent raised their hands. Then I asked, ‘Have you heard of TISS or Azim Premji University (APU)?’ and a couple of hands went up. When I asked who wants to go, no one raised their hand,” he says pointing to the cultural and socioeconomic barriers the students face.

He worked to empower students with soft skills, critical thinking, technological skills and mock interviews and next year, in 2018, about 35 people from that class sent applications to TISS and APU. “So it was lived experience in front of them, they could see my struggle, how I had worked and studied, and what I had achieved,” says Kendre, adding that he often explains to families how education is their children’s ‘capital’ if they want to get ahead in life. The organisation has helped 300 students gain admission into noted universities, with alumni often helping mentor the next batches.

“He has a strong determination to do something for the tribal communities,” says Sri Krishna Sudheer Patoju, assistant professor at the School of Rural Development, TISS, Tuljapur, who has known Kendre since 2014. “His focus is the tribal areas because no one is ready to go there, and help them,” he says. Kendre’s long-term aim? To build an interdisciplinary institute in central India to provide options to the tribal population.

Meanwhile, 10 years later, it’s another big city, London, where Kendre is further building his own ‘capital’ of education to better help people—he’s studying development studies at SOAS on a Chevening scholarship. But Eklavya remains front and centre—he opted for the UK because it was a one-year master’s as against two elsewhere, “which I can’t give because I have to go back and continue my work”.