How OYO's Ritesh Agarwal transformed the business of budget accommodation 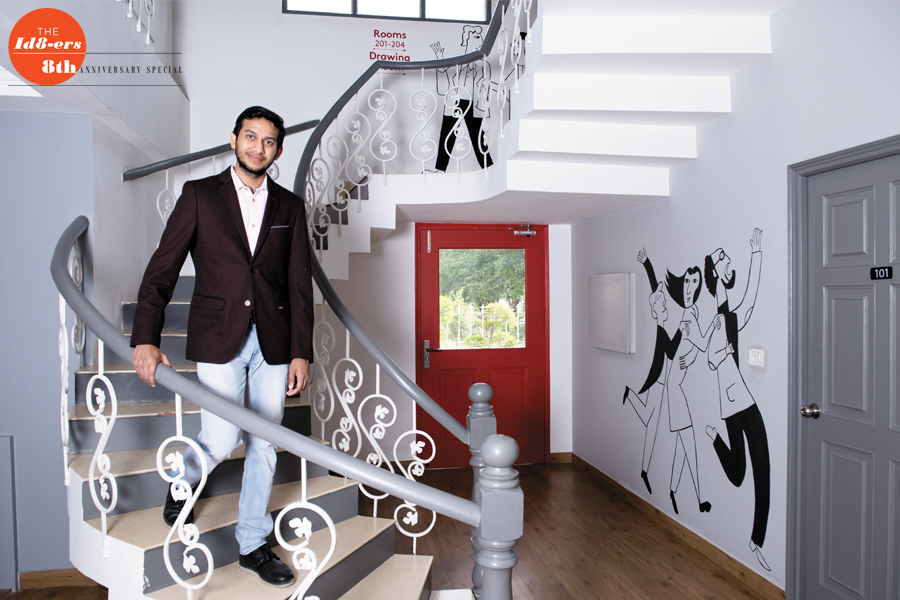 Ritesh Agarwal, founder of OYO, always wanted to be an entrepreneur and was not afraid of taking risks
Image: Amit Verma

Entrepreneurship can’t be taught in college. Not at least to Ritesh Agarwal. For this 23-year-old founder of OYO Rooms, India’s largest branded network of budget hotels, it all comes from within. One would have read the signs when, at 13, this boy from small-town Odisha began to make money by selling SIM cards. Four years later, he dropped out of college to take the entrepreneurial plunge. “I always wanted to be an entrepreneur,” recalls Agarwal.

In 2009, Agarwal moved to Kota and was preparing for his engineering entrance exam. But that took a back seat after he attended the TiE Global Summit in Delhi; thereafter he would take an overnight train from Kota to Delhi almost every weekend to understand the entrepreneurial ecosystem in India. In 2012, at 18, he launched Oravel Stays, a website designed to enable listing and booking of budget accommodation. “The idea was to make small hotels, bed-and- breakfasts and inns more accessible to travellers.”

“ The real problem for the traveller was not lack of awareness, but lack of trust. If you were lucky, you would end up having a comfortable stay

After setting up Oravel Stays, Agarwal travelled for over three months and stayed in over 100 bed-and-breakfasts, guest houses and small hotels. “The real problem for the traveller was not lack of awareness, but lack of trust. If you were lucky, you would end up having a comfortable stay. Otherwise, the issues could range from poor quality bed linen, dirty washrooms to even disinterested or rude staff,” he says. It was this realisation that got him to pivot Oravel to OYO in 2013. It partners with hotels to standardise rooms to give travellers a similar experience across cities. OYO not only lends its name, but also trains in-house staff to ensure uniformity of services in return for a 20 percent commission on booking value.

Agarwal started with a single hotel in Gurugram and now runs more than 7,000 hotels in 200 cities across three countries (Malaysia and Nepal, besides India).

“In many emerging markets, including India, there are significant trust deficits which have to be overcome, especially in the sharing or person-to-person economy. With OYO, Ritesh pioneered a business model that standardised short-stay accommodation to offer customers a predictable and affordable experience,” says Bejul Somaia, managing director at Lightspeed Venture Partners, a venture capital fund that invested an undisclosed amount in the startup in 2014. Subsequently, OYO raised four rounds of funding. Its other investors include Sequoia Capital, Greenoaks Capital Partners and Japan’s SoftBank Group; the Japanese major is said to be in talks to invest further in OYO at a valuation of around $800-plus million, according to a source. (Agarwal declined to comment on this.)

What is Agarwal’s secret sauce? “I was never scared to take any risks,” says the youngest of four siblings. “As long as 75 percent of the children for my parents were okay, I didn’t matter I thought.”

His parents won’t have much to complain, though. For, their youngest kid is doing much more than okay.

Tweets by @forbesindia
Don't want to be starved of capital as we grow: Ajay Piramal
The Hublot Big Bang Unico