The founder & CEO of The Beer Café, found his equilibrium in merging alcohol with a café vibe 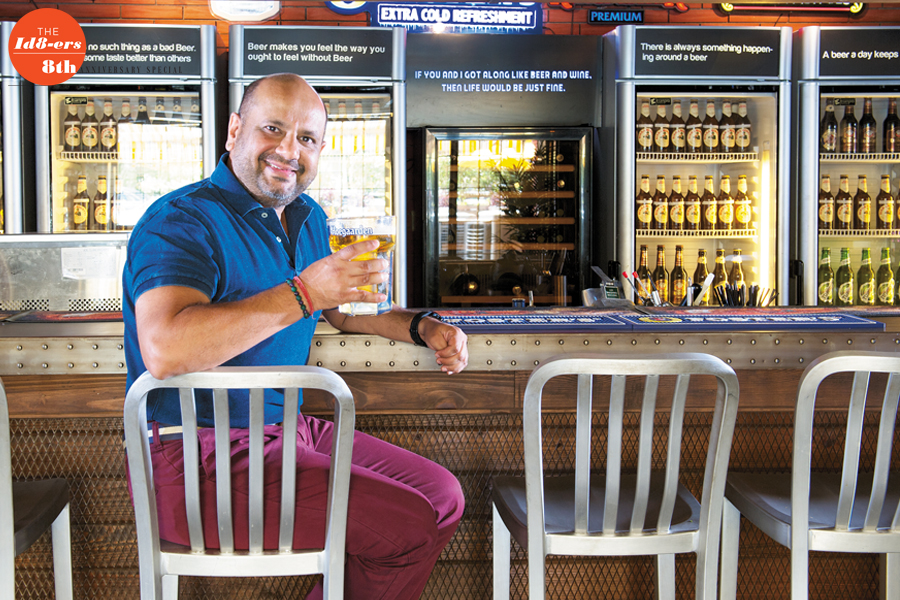 Rahul Singh raised Rs 3 crore as loan against his property to open the first outlet of The Beer Café
Image: Amit Verma

In 2012, five years after giving up his plush job to turn entrepreneur, Rahul Singh was back to square one. The 46-year-old had quit as the apparel director for Reebok to, first, take over the India rights to licence the Greg Norman collection, a luxury sportswear brand. Then, in a joint venture with an Australian partner, he set up Golfworx, an indoor golfing club in Gurugram where patrons could play, browse the pro-shop and unwind at a 200-seater fine dining restaurant with an exclusive malt and cigar club. The idea was to take the club across India but, in some months, it ran into operational losses and had to fold up eventually. It left Singh with no job, a bankrupt enterprise and no financial support from family. If he wanted to continue to be an entrepreneur, he would have to mortgage his house.

For many, this could easily have been the tipping point, but, for Singh, the entrepreneurial bug had bitten him hard enough. He raised Rs 3 crore as loan against his property and opened the first outlet of Beer Café at Ambience Mall, Gurugram. “I had noticed during my Golfworx days that it was difficult to put together a competitive event as guests would pull out, but when it came to launching a new malt or cigar, we had gatecrashers. It was easy to figure that, in India, sport is a great business, but alco-beverages work even better,” says Singh.

What reiterated his convictions about an alcohol format was the entry barriers in a food venture: Global giants dominated QSR, fine dine was not scalable and there was no regional cuisine that could become national. “I had two choices when it came to beverages: Hot or cold. Hot had the established coffee and tea chains, so I chose cold. While whisky remains India’s preferred choice for a drink, the millennials weren’t drinking it. They were having beer, the third-most consumed beverage in the world,” he adds.

“ While whisky remains India’s preferred choice for a drink, the millennials weren’t drinking it. They were having beer

By the time Singh had come up with the Beer Café concept, nightclub-style dark and dingy places were fading away. Younger people wanted to hang out at a place with a café-like vibe. “So, I just merged the two—beer and café.” It made revenue sense as well.

From five outlets in the first year, the Beer Café has now grown to 40 in 12 cities, making it the largest alco-beverage chain in India. Singh claims it’s a Rs 100 crore-plus business. Beer Café has received funding from venture capitalists like Mayfield, Granite Hill and RB Investments whereas its angel investors include Himanshu Gupta (of S Chand) and the Harsh Mariwala family office.

Rahul Mehra, the co-founder of Gateway Brewing Company, calls it a great disruptor in the bar space. “It’s slowly making drinking less of a taboo. The casual atmosphere, the price points, and the sheer variety of beers on tap make it a go-to space for not just those who want an international beer experience in India, but also those who want their daily pint without a night out,” says Mehra.

Singh’s now shed his startup mode and is looking to scale up fast. “And yes, I’ve paid off my debt and can now call my home my own,” he says.