Value creators: 8 companies that grew in a rapidly changing industry

Unstinted growth, financial efficiency, effective decision-making: Just a few of the attributes these leading value creators have in common 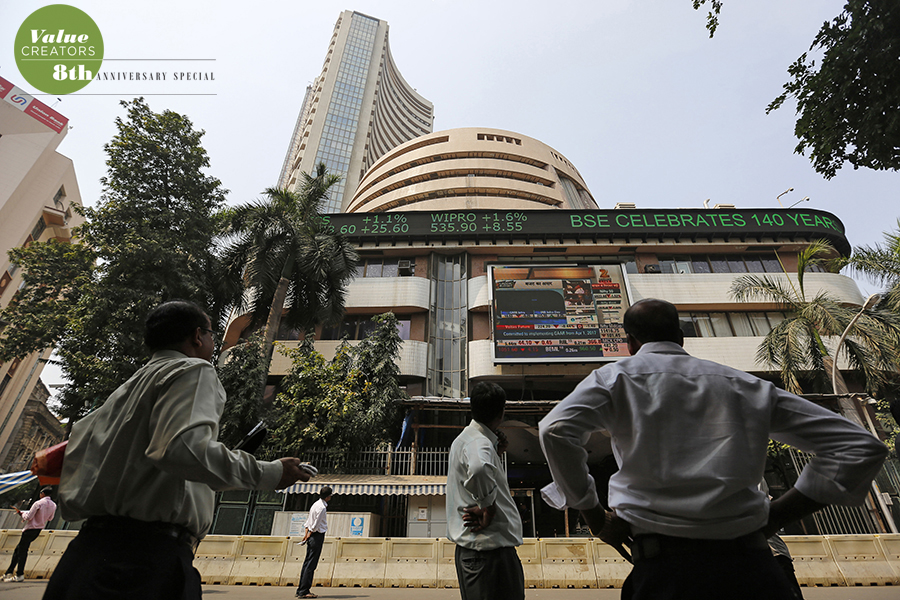 Image: Danish Siddiqui/Reuters
It is only appropriate that a magazine that celebrates entrepreneurial ingenuity would choose to mark its anniversary—this is the eighth—by celebrating value creators. In 2016, this selection was made from the fastest-growing companies (in terms of market capitalisation) in the BSE 200. This year, the base was increased and the five-year compounded annual growth rate (CAGR; again, in market cap terms) of companies in the BSE 500 were considered. The eight companies profiled have been selected from the top 50; they were chosen on the basis of management styles and their ability to take decisions in fast-changing situations, and not on any quantitative criteria.

Their stories are as different as the sectors they operate in. What is similar is that all eight companies have been on a consistent growth path. In 2012, they were traded at an average P/E multiple of 1.2 times but that figure has moved up 65 times in the five years since.

These companies, over the years, have also taken difficult decisions and, in most cases, built significant capacity. Taking note of the changes in their sectors, they’ve either entered into a technical or equity tie-up or invested in new-age technology. For example, Avanti Feeds, which manufactures fish feed. In 2009, when the seafood industry moved to the cultivation of a new species of shrimp, Avanti decided to expand capacity and put in place a growth plan for the next five years. Or Dalmia Bharat Limited, which went on an acquisition spree in January 2012, at a time when the cement market was subdued as the economy was not in good shape.

Another company, La Opala RG, boldly invested in a Rs 40-crore, fully-automated facility for the manufacture of opal glass tableware in 2007, even though the company’s topline was a mere Rs 50 crore. Risky as it was, the bet was on the Indian middle class’s growing demand for aspirational products. Revenues have since multiplied five-fold to Rs 250 crore. Same is the case with Relaxo, Mahindra CIE or Welspun India, all of which decided to accelerate on the growth path in a rapidly changing industry scenario. This is because the promoters could clearly see the business opportunity that lay in front of them. They have constantly thought differently to grow their business at the lowest cost and the highest realisations to stay ahead of the competition.

Last year, we considered the framework created by Neil C Churchill and Virginia Lewis, which appeared in a Harvard Business Review (HBR) article (May-June, 1983) called ‘The Five Stages of Small Business’, through which they describe the transformation of small- or mid-sized businesses into mature companies. These stages are existence, survival, success, take-off and maturity. It wouldn’t be inappropriate to make a similar comparison now. These are classic midcap companies that have passed the survival stage. Most of them exhibit a high return on capital employed (RoCE), which is an indicator of quality management. Avanti Feeds has an RoCE of 66 percent, La Opala RG 36 percent and Relaxo Footwear 30 percent. Some others may have a low RoCE but they are in an expansion phase.

The eight companies featured here (and highlighted in the table) understand prudent financial management. They have built capacity without over-leveraging their balance sheets. Companies operating in the consumption business like footwear, glassware or fish food are debt-free, and are adding customers at a brisk pace. For instance, cloud solutions provider 8K Miles is growing its customer base every quarter at a time when top software companies have concerns over rate of growth and threat from automation.

Read their stories and it will be clear why these companies are often favourites of stock market gurus.