From Ninjacart to Vegrow: 5 Indian agritech startups to watch out for

Riding on technological innovations, a clutch of agritech startups has created value in the sector but they will have to tough it out through this slowdown 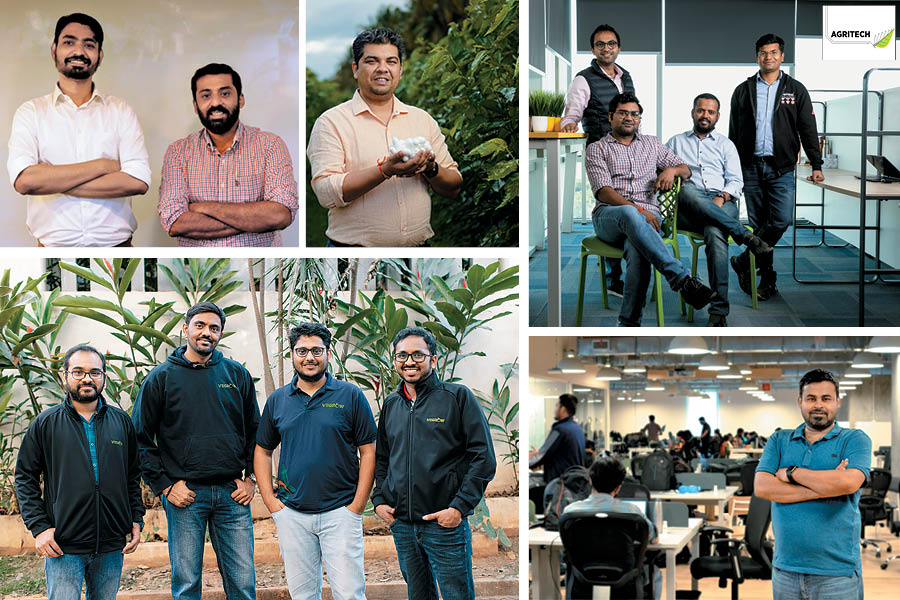 Before the current slowdown began to show its effect on India’s startup scene, a small number of agri-tech startups were privately valued highly enough for them to become unicorns the next time they raised a big funding round, perhaps.

As the slowdown deepens, and before these startups turn the corner, they are digging in and preparing for the long haul. Some, like DeHaat, have made a course correction or two, while others like ReshaMandi, see explosive growth ahead, having nailed their business model.

What follows is a small series of snapshots of some of India’s most valued agri-tech startups. Before the slowdown, they were seen as ‘soonicorns’, or soon-to-be-unicorns, meaning ventures privately valued at $1 billion. Now they will have to prove their worth. 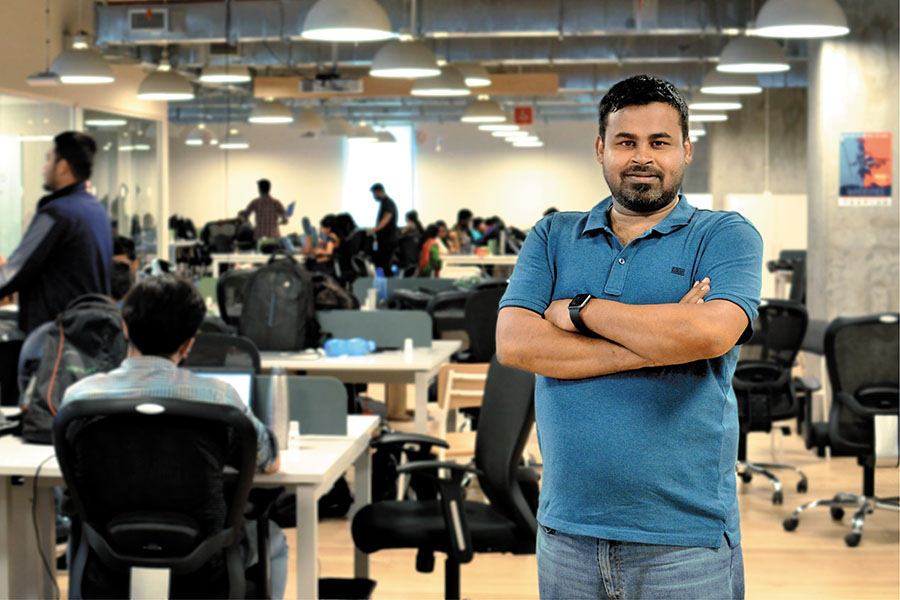 Ninjacart’s acquisition of Tecxpert in March is a simple but telling example of how India’s top agri-tech startups are moving ahead to tap the power of tech. Ninjacart was last valued at $782 million, as per data from Tracxn, a private markets intelligence provider. The acquisition of Tecxpert, a SaaS company that helps customers automate and improve business processes, was the “first step… accelerating the technology-driven disruption in agri commerce space,” said co-founder Thirukumaran Nagarajan in a press release at the time.

Ninjacart’s mission is to solve problems of the fresh produce supply chain across India. The company has investors including Walmart company Flipkart, one of its biggest backers, Tiger Global, Accel, and Syngenta Group Ventures, as well as entrepreneur and technocrat Nandan Nilekani.

In March, Ninjacart started a $25 million venture fund to invest in fledgling agri startups. For example, it joined a $2 million funding round at Fyllo, which is developing Internet of Things tech to advise farmers real-time.

Recently, co-founders Nagarajan and Kartheeswaran (also COO) participated in a $2.6 million investment in Produze, started by former Ninjacart executive Ben Mathew, aimed at helping farmers directly reach overseas markets, which would bring them higher margins. In this way, Ninjacart and other top agri startups are just beginning to create the cascading effect now well known among SaaS startups in India. 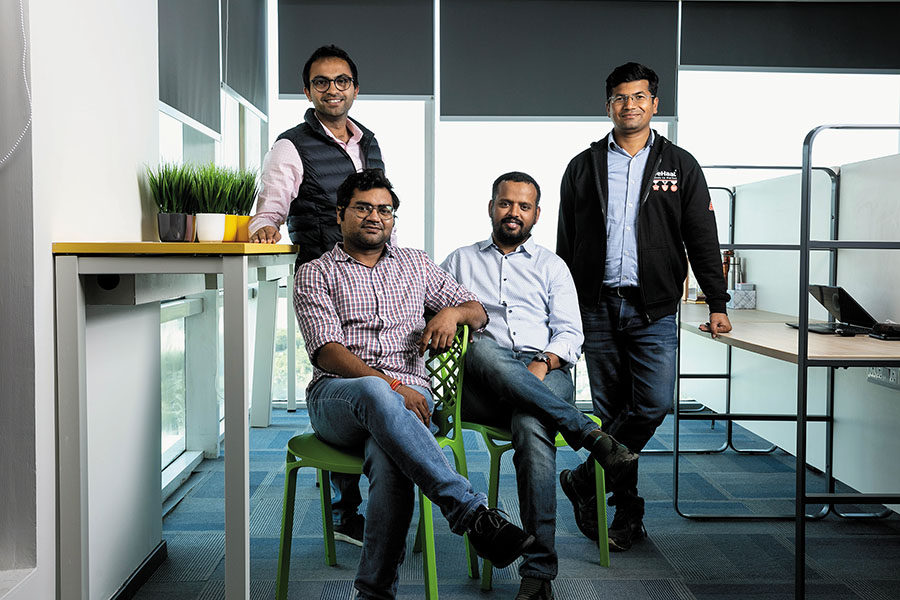 DeHaat, founded in 2012, was last valued at more than half-a-billion dollars. The Gurugram company is a “full-stack” agri platform provider, Shashank Kumar, co-founder and CEO said. This means it wants to play a role at every stage of the agri supply chain, from inputs and finance to tech-based advisory to selling the produce.

One feature that DeHaat stands out for is the network of local micro advisor-entrepreneurs and ‘DeHaat Centres’ it has created and continues to expand.

A MoneyControl report from August 18, however, cited an unnamed investor saying expansion on the back of adding people was hurting the company’s margins. The company has laid off 250-300 staff, according to the report. 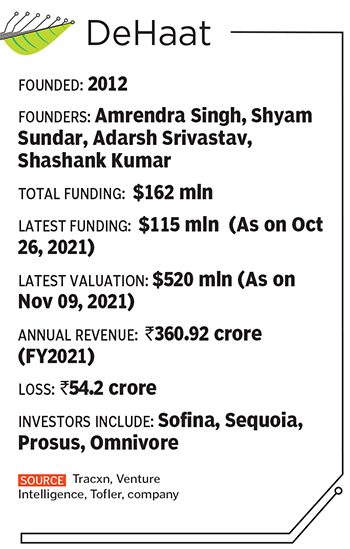 In an email to Forbes India, Kumar didn’t say how many people were laid off, but said it was a “corrective course of action internally based on performance and cultural misfits with few colleagues” after the company had hired more than 1,500 staff in the last one year. DeHaat’s current staff strength is 2,000 and 80 job offers were made in July and August as well, he says.

In January, DeHaat made its third acquisition, buying Helicrofter, a farm input ecommerce platform provider. The purchase expanded DeHaat’s operations to Maharashtra, and also brought in a venture that was generating ₹50 crore in revenue at the time, according to a press release.

“DeHaat is absolutely on the track of yet another year with 3x growth in all aspects,” says Kumar. “Be it revenue or other network metrics.”

The company is expanding its last mile network of micro-entrepreneurs and farmers “as per our plan”, Kumar adds, in Maharashtra, Chhattisgarh, Gujarat and Haryana in addition to markets where it’s already operating. The company has 9,000 DeHaat centres serving more than 100,000 villages in over 150 districts. It plans to hit 15,000 centres this fiscal year.

“We have enough runway for more than two years,” Kumar said. 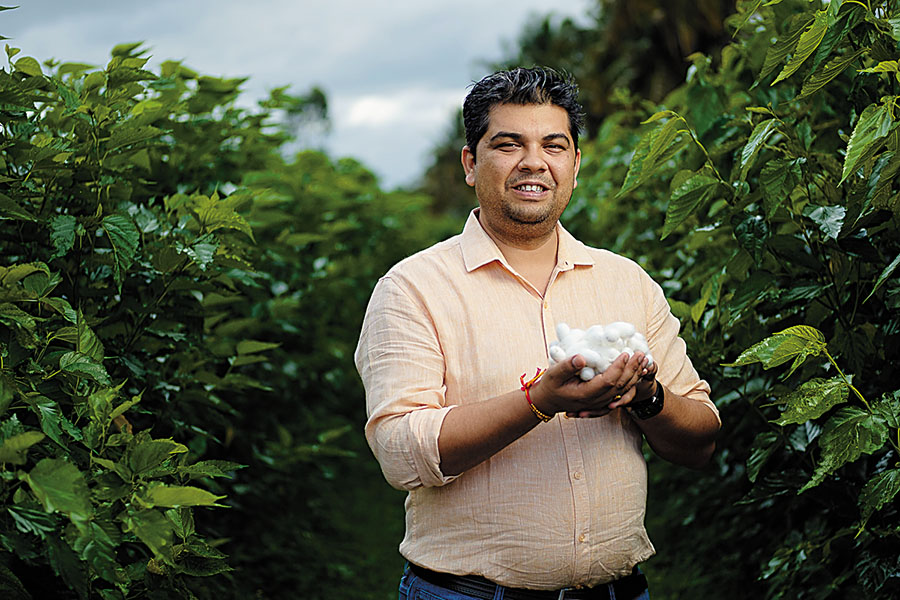 ReshaMandi stands out for its efforts to fully integrate every aspect of the natural fibres business—from farmers to retailers. Founders Mayank Tiwari and his once-schoolmate Saurabh Agarwal started with silk and have expanded to cotton. Tiwari brings the business experience and Agarwal is the CTO. 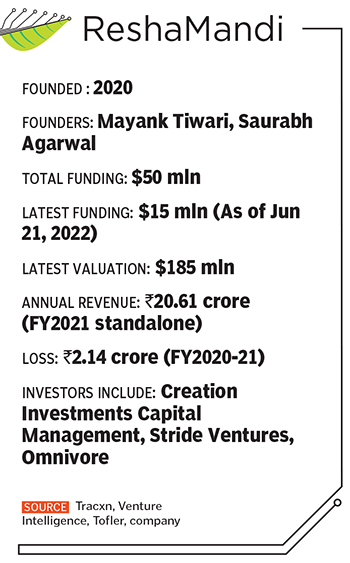 Started in 2020, ReshaMandi is working to take the ‘farm-to-fashion’ platform to markets including the US, Latin America, Europe, the Middle East and Southeast Asia to sell natural and recycled fibre products. It has also taken some early steps to add African mulberry, an ingredient vital to silk production. The company has built a strong tech backbone for quality testing and advisory, and its procurement and sales operations help farmers get better prices.

The company is expanding its retail operations to include its own range of apparel, starting with women’s wear; clothes for men and children will follow soon, according to Tiwari. “The vision has always been to create a full ecosystem,” he says. That includes bringing insurance to the sector

Having nailed down its different lines of business, growth is strong at ReshaMandi, the CEO says. Revenue went from ₹20 crore in 2019-20 to ₹450 crore in 2021-22. That last figure was matched in just the first quarter of the current fiscal year, he says.

In April, ReshaMandi opened what it says is Asia’s second biggest cocoon ‘mandi’, comprising a processing facility and warehouse that will benefit 30,000 farmers and over 6,000 reelers. 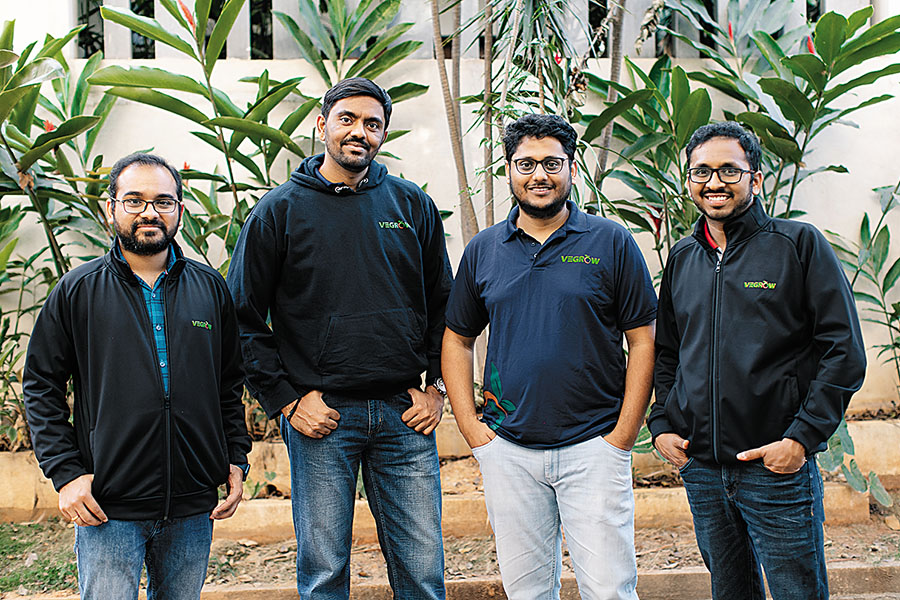 Vegrow is a B2B marketplace for fruits, backed by investors including Prosus Ventures, Matrix Partners India, Elevation Capital, Lightspeed India and Ankur Capital. The company aggregates demand and supply, including wholesalers, semi-wholesalers, as well as channels called modern trade and general trade in 100 cities and from more than 20,000 farmers, Vegrow said in July, when it announced a $25 million funding round. It was valued at more than $167 million at the time, according to data from Tracxn. 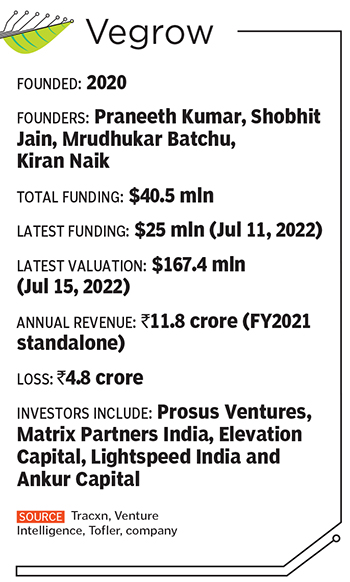 India’s fruit market is valued at $60 billion, where “every fruit is a multi-billion-dollar opportunity”, the two-year-old venture said, adding that it has taken the lead with pomegranates and is among the top five marketplaces for various other fruits. Just like fresh produce and animal protein, the fruit market in India is also “historically unorganised, fragmented and inefficient… poised for tech-led disruption,” said Ashutosh Sharma, head of investments for India at Prosus, in the press release.

Vegrow is expanding a community advisory network well into tier 3 cities and towns to bring the power of the internet to farmers in more than 400 production pockets around the country. It processes more than 200 tonnes of fruits daily and has grown sales 15 times in the 12 months to July, with gross margins of about 20 percent, according to its release. 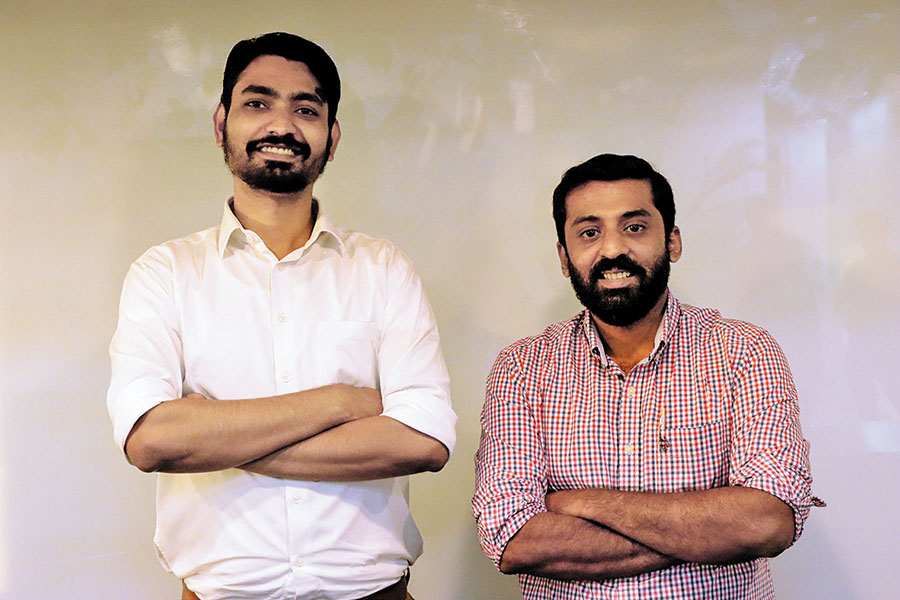 Absolute is the latest Indian agri startup to get to the half-a-billion-dollar mark, in May, when it announced a total of $100 million in recent funding rounds from investors including Sequoia Capital India, Alpha Wave Global and Tiger Global. 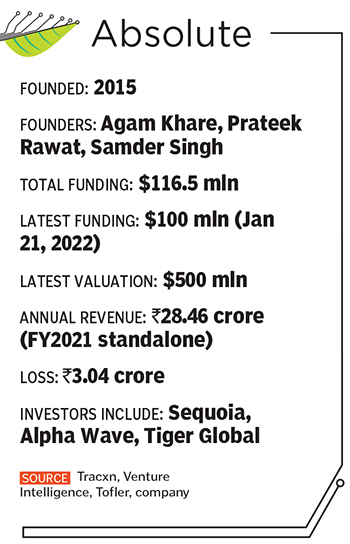 Absolute is also another venture that is attacking multiple problems in the agri ecosystem and the ‘value chain’, as businesses like to call it. It has established three distinct pathways for itself, comprising a science and engineering research and development platform called BioX, a ‘Universal Farm OS,’ and a global trading platform that has reached 12 countries so far.

One of the ways Absolute wants to raise farmers’ incomes is by helping them adopt precision farming (practices based on scientific information). Figuring out exactly which nutrient a plant needs at a certain stage of growth and in what quantity, for example.

Absolute is developing such solutions by combining AI, IoT sensors, plant science, hydrology, and microbiology, and tapping into the combined experience of some 100 scientists in eight states. It is also trying to make precision farming easy to implement via its proprietary iGrow system that turns information into simple, daily to-do lists for farmers. Farmers who’ve used Absolute’s solutions have seen 10 to 30 percent crop cycle-over-cycle improvement in yields, grade, and quality of produce using fewer inputs, says the company.

At a glance: 5 agritech startups to watch out for