PI Industries makes it a rich harvest for farmers, shareholders

With cutting-edge research and world-class facilities, CEO Mayank Singhal has ensured that PI Industries does not just give high yields to farmers, but to its shareholders too 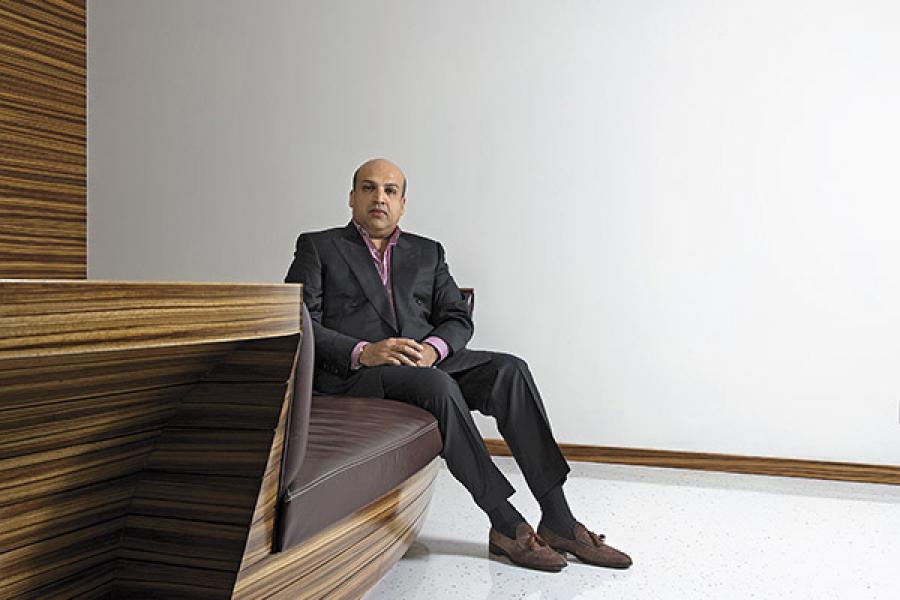 Fourteen years ago, when Narendra Kumar retired as a sub-divisional magistrate, he started another full-time job: Farming. For the 72-year-old in western Uttar Pradesh, farming was as much a way of keeping himself busy, as it was to give back to society. “What will you eat if no one grows anything?” he asks. Kumar was primarily a wheat and sugarcane grower, but weeds in his wheat crop had been reducing yield and affecting grain quality. “Grass weed can lead to high yield loss, sometimes by as much as 25 to 30 percent,” he says.

Two years ago, Kumar came across Melsa, a herbicide for wheat management. After using it extensively, his latest crop yield has risen by 15 to 18 percent. “It’s one of the most effective solutions I have found so far,” he says. 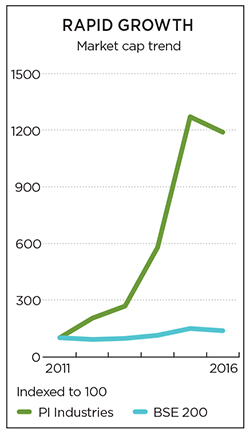 The product that has eased Kumar’s woes comes from Gurgaon-based PI Industries, an agrochemicals company that has given high yields not just to farmers, but also to its shareholders. Over the last 13 years, the shares of the company (set up by PP Singhal in 1947 as an edible oils maker called Mewar Oil & General Mills Ltd) have offered gains of a whopping 37,694.6 percent, according to Forbes India estimates based on the stock price on the BSE.

The spike has sharpened over the last six years, when the stock gained 1,343.4 percent. Ritesh Gupta, associate vice president at Ambit Capital, which tracks the company, says, “In the last six years, their overall sales/PAT have grown at 27 percent/47 percent CAGR, which is a consistent good performance by a company when compared to the industry average growth of 12 to 14 percent.”

It’s perhaps no mere coincidence that the spike corresponds to a period when PP Singhal’s grandson Mayank assumed the CEO’s role. Mayank, 43, has been associated with the company since 1996 when his father Salil was at the forefront. (In the 1960s, Salil took over from his father and transformed the company from an edible oils maker to an agrochemical firm; he is now its chairman and managing director.)

But when Mayank Singhal became CEO in December 2009, he made one of the most visible changes in the company by shoring up its custom synthesis and manufacturing (CSM) business. Under this vertical PI Industries offers process research, analytical development and large-scale manufacturing needs of agrochemical biggies and other global innovators. This vertical (the other being domestic agrochemicals) gave PI Industries 59 percent of its revenues in FY15 compared to 37 percent in FY10. When asked about the company’s cutting edge in the CSM business, Singhal says, “We have invested in building relationships for the last 10 to 15 years. Customers see us as partners. We are a knowledge-based company; companies that we work with see the value we bring to the table.”

It’s a similar philosophy that he’s adhered to in some of the key decisions he has taken over the past six years. 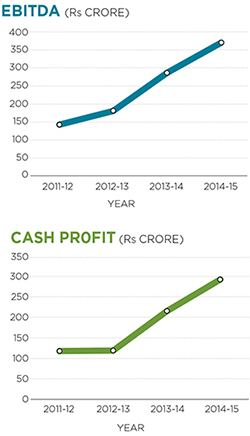 Building World-Class Assets
From chemical plants and manufacturing plants to research labs, Singhal has ensured that PI has world-class facilities to cater to future business demands. These facilities are highly automated, multipurpose and compliant with global environment standards. PI has three plants at its Jambusar facility in Gujarat for its custom synthesis exports business. Two of these plants started production in September (2015) and January (2016) and are expected to generate revenues of between Rs 170 crore and Rs 200 crore. Singhal oversaw the expansion of its R&D facility in Udaipur, the Panoli facility in Gujarat and spent about Rs 1468.8 crore on R&D in FY15, compared to Rs 811.8 crore a year earlier.

The difficult-to-build CSM business is a $6 billion opportunity globally. Experts say PI seems to have perfected the business model by building strong relationships with global innovators, which is evident through the faultless execution of more than 18 commercialised molecules, and large partnerships in Europe and Japan. It has an order book of over $600 million. “Mayank brings his father’s ethics, along with his own aggression, which is visible in the clients list,” says Gupta of Ambit Capital.

Divesting the Polymer Business
Focus is a keyword in Singhal’s lexicon; anything else is irrelevant. That’s why, in 2010, just a year after taking over as CEO, he sold PI’s polymer compounding business to French multinational Rhodia SA, a specialty chemicals major. The transaction was part of PI’s strategy to concentrate on its agro-inputs and CSM businesses where performance momentum was continuing to build on the back of a pipeline of new products and a large order book, respectively. The sale gave PI a healthy pool of capital (the company refuses to divulge it, media reports estimate it to be $17.6 million) and its management the bandwidth to focus on its core areas. The massive jump in revenues in the CSM business vindicates Singhal’s move to bet big on PI’s strengths. 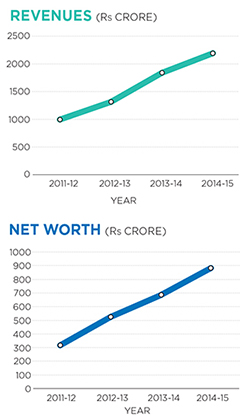 Eye On Research
Singhal believes in innovation being a sureshot way of adding value for his customers. But finding frugal ways to do that is equally important. “We could not spend half a billion to a billion dollars on product innovation with high risks, but we found innovative ways to be present in that space,” he says.
To boost innovation, he signed an agreement with Sony Corp and Hokkaido University of Japan to set up a joint research centre to carry out niche research in the area of synthetic organic chemicals for applications in the electronics industry. This laboratory, part of PI’s R&D facilities at Udaipur, engages in developing commercially viable processes for molecules invented by Sony that can be applied to futuristic products.

Introducing New Products
For Singhal, one of the best ways to keep the customer hooked is by bringing them better, value-added products on a regular basis. Hence, bringing new products into the market has become an important strategy for the firm to stay relevant.

PI is known for registering high revenue growth on the back of introducing new products every year. For example, in FY10 it launched Nominee Gold, one of its blockbuster products, bringing in the highest revenues and margins among its product portfolio. In FY13, it introduced insecticide Osheen in India, through an in-licencing deal with Japan’s Mitsui Chemicals. The product was a runaway success, reaching sales of Rs 100 crore in two years. Singhal says PI now intends to launch two new products every year that can help it increase its market share.

On the agrochemical front, PI concentrates on a few niche products that can become bestsellers in the coming years. It has about 33 products in the market compared to other agrochemical companies that have 80 to 100 products, which are mostly generics without any big differentiators. 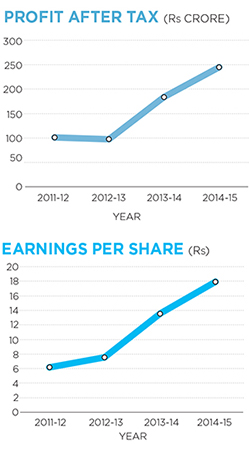 Entering New Markets
Geographical expansion is a tried and tested method for Singhal; he believes it’s one of the key ways for increasing the company’s market share and keep the momentum going.

His approach to new markets is simple: PI has to be the biggest player in it. In Japan, for example, PI has a strong presence with the largest financial partnerships and sales in the agrochemical business. In the last six years, it has been focusing on Europe, and has entered Germany five years ago. PI is also one of the largest CSM players that European companies look to for innovative products out of India.
In early 2000, the company had entered the American market, but the move didn’t work out and PI had to pull out after two years. Singhal has decided to take the US challenge once again and, over the last year, has re-entered the American markets by forging several partnerships.

Identifying New Areas of Growth
While focus is the mantra for Singhal, he is also aware that he needs to identify new areas of growth, leveraging the company’s expertise in chemicals. While he is keeping things under wraps to keep away competitors, it’s understood that, under his guidance, PI is looking for opportunities in specialty chemicals, electronic chemicals, intermediate pharma, application products in the imaging area, among others. “Expansion into other sub-segments of specialty chemicals will act further as a growth driver. They are a preferred partner today, and this gives us confidence on their ability to expand into other areas eventually,” says Gupta.

Disbursement of Capital
Singhal’s expansion plans are ambitious but he also realises that it means he needs access to deep pockets. For him, the responsibility is even higher as there are many thousands of stakeholders involved. Hence, he has a clear way of how PI will handle cash inflows—give back to the shareholders and fund growth.

“We don’t believe in borrowing excessively and [prefer to] plough back the capital into the business. It’s good to have some leverage but the company is generating enough cash flows to fund the expansion plans and new opportunities,” says Jayashree Satagopan, the company CFO.

Singhal, who likes to meet people and is passionate about photography and traveling, knows well the responsibilities of taking a listed company forward. Do shareholders and customers’ expectations bother him?

“In a business, you can’t have everything right. One important thing for me is the creativity to handle situations,” he says. Considering how he has handled PI Industries since 2009, his creativity may well keep him going.