A tech compromise that's worth it 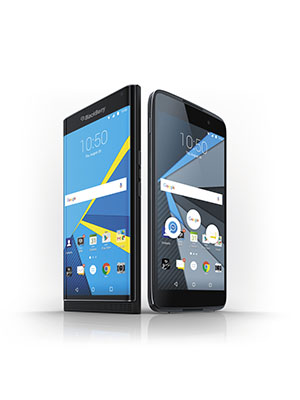 When BlackBerry recently made its Hub available on Google Play, it was cause for excitement. My first thought was, there is hope for those of us who still yearn for the elegance of the Hub on BlackBerry’s own BB10 operating system.

Therefore, I’ve been trying out the BlackBerry Hub+ Services for Android on my Samsung Galaxy A7, 2015 edition.

For those who’ve never used a BlackBerry, the Hub may be an unknown element, but many, even among those who’ve switched to Android, might agree that BlackBerry set the bar on pure productivity—and security—on a smartphone. And the Hub was, literally, where it all came together: A single-screen view of all messages and notifications, and the ability to act on them right there.

Some of those features are available on the Hub for Android. For instance, the app automatically integrates LinkedIn, Facebook and Twitter notifications into the Hub. Also neatly added is the BlackBerry Calendar, so a simple swipe-down reveals upcoming events without leaving the Hub.

To open the Hub on Android after installation, one just has to tap the icon but the option to swipe right or left to reveal or hide the Hub isn’t there. Also missing is the Priority Hub section, which has the option to add or remove specific contacts—say your boss or your spouse—or conversations. Flagging a message does only that on the Android version, whereas in the original Hub, it would push a copy into BlackBerry Remember—the tasks app. BlackBerry Remember isn’t available as part of the BlackBerry Hub+ Services on Google Play, which is where one finds all the BlackBerry apps currently available for Android.

I took a marketing email, that a bank had clogged my inbox with, and sent it to my office email ID from my Gmail account using my iPhone 5S. No surprise that the mail popped up first on my BlackBerry Z10. The Hub on the Samsung A7 needed a refresh after a wait of about six minutes before the mail appeared there.

Of course, it’s possible there were other things happening that slowed that particular message up so much but, in general, my mail shows up first on my Z10 and then on the Hub for Android on my Samsung and thereafter on my iPhone or MacBook Air.

Even though BlackBerry has promised to keep supporting its BB10 software, its waning handset sales mean die-hard fans must be prepared to accept the compromise of the Hub on Android. And at a price; after a 30-day trial, the ad-free version costs $0.99 per month. (BlackBerry says Tasks and other apps will be available in the paid version.) My first impression: With incremental improvements, it could be a genuine productivity option on Android. I still have my Z10, but I think I’ll pay for the Hub on my Samsung as well.

Tweets by @forbesindia
Naaptol: When business begins at home
BioMarin: One of the world's most valuable biotechs