Eternally, luxe: Time may be fleeting, but luxury is forever

The manifestation of opulence changes through the ages, but its value remains constant 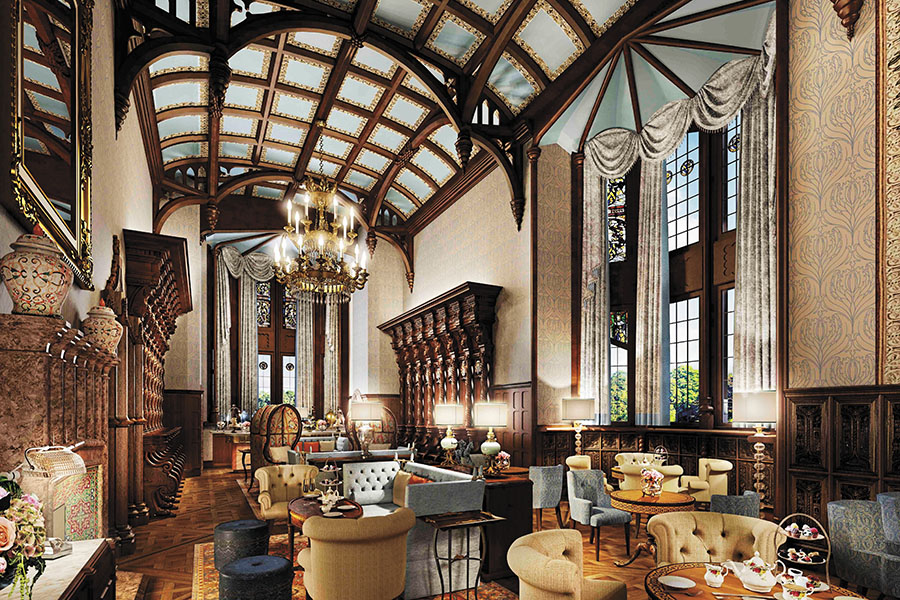 Afternoon tea at the gallery of Adare Manor, one of the leading five-star hotels in Limerick, Ireland

For hundreds of years, it has embodied the very best there is for the taking. Whether it be the rich silk tapestry—luxuriant fabric embroidered with gold—of the Ming Dynasty in 14th century China, or the grandeur that lined every apartment and corridor of the 18th Bourbon Dynasty’s Palace of Versailles in France, or the exquisite Fabergé eggs that were meticulously handcrafted for the Russian tsars in the 20th century, luxury has taken many forms. However, they all evoke similar sentiments—of opulence and indulgence.

But what constitutes luxury may not be timeless. For what is luxurious today may well be mundane tomorrow. Or, what was commonplace yesterday could find new life in a more glamorous and covetable avatar today. For one of the most essential ingredients of luxury is availability, or the lack of it—that one factor that makes diamonds so treasured, and coal so base.

The Forbes India Luxury Special this year looks into the past, dwells in the present, and peeps into the future of luxury, and cherry-picks an assortment of objects and experiences that represent the different phases.

We find slices of history that could be captured in various forms—whether they be priceless timekeepers, or a vintage set of wheels, or lavish residences. But what fun would they be if we could not possess them today, in their latest, most modern and convenient avatars? Hence, we also bring you a selection that will give you the satisfaction of owning not just the best, but also a piece of heritage and tradition, connecting you to the past while staying firmly in the present.

As the sands of time trickle relentlessly through the hourglass, we let the present seep into us and move beyond mere possessions. Beyond inanimate objects, filling lives with treasured experiences. Dreams are no longer meant to be merely dreamt, but lived. And so we take you on journeys that are incomparable in their grandeur. Take your pick from among exclusive dining experiences offered by some of the best chefs in the world, go diving among whale sharks, or drive in the lap of luxury on the planet’s remotest roads.

And when you are satiated with today’s indulgences, await what comes tomorrow. Technology will move to the fore, bringing the impossible within reach. For instance, it will marry the best of car-making traditions with the most cutting-edge technological abilities to create vehicles that will embody luxury, convenience and dependability. It could also be possible that the ultimate in indulgences, one that has captured the human imagination for ever—immortality—could be yours for the taking, if not in this lifetime, then in a future one.

For time may be fleeting, but luxury is forever.