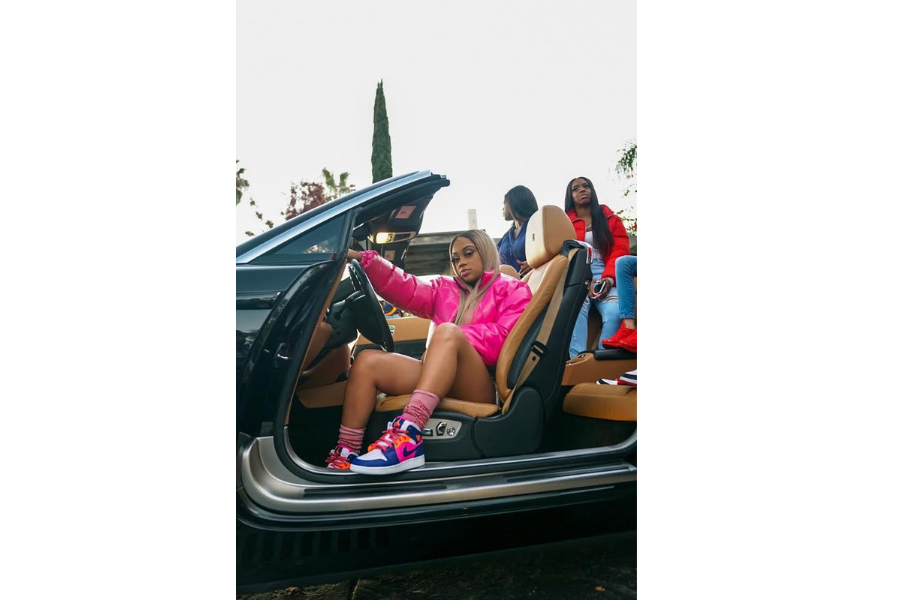 Jaliyah Monet aka Jaliyahma is a social media influencer who has gained five million followers on her Instagram account and YouTube. On her YouTube channel Jaliyahma she posts various fun videos also includes pranks as well and challenge videos. This sort of staff is liked and watched all over the world and gain too much attention over the whole quarantine time. Her pretty look and refined acting made her more popular among all the ages. She started YouTube in 2018, and as a singer, she first time posted her video in December 2019 with the title "Like Me." After that, she also launched her new song, "I Need You," which was written by Funny Mike. You can see her in a fluffy pink jacket posing and dancing with amazing moves. She got millions of views and likes that encourage her to post this type of stuff on YouTube in order to gain more and more subscribers and fans. After that, she started posting videos on pranks and lifestyle with her boyfriend, Funny Mike. Jaliyah Monet and her fellow YouTuber Funny Mike also run a combined channel with the name The MJ Family. They later on, become a real family and had a beautiful daughter and son. She was committed to working hard, and she did it when her video with the title "Switching Girlfriends with Runik For 24 Hours!!" went terrible. Besides all these crazy pranks, she is also a vlogger. You can find her posting Black couple goals, bad kids, and many more like these. She gains popularity because of her cozy looks. She also posted her daily life videos; her video "Is Jaliyah Pregnant" got more than 31 million views. It went viral so fast that none of her videos did this before. Many of the other videos they posted got a huge number of likes and views. Their pranks with friends and other known YouTubers are very much popular on their combined channel and got thousands of appreciation comments. Having this huge number of followers on YouTube and Instagram shows the validity of the content and the type of engagement she get on her social media accounts. After gaining so much attention and appreciation on YouTube, she started her Instagram account as a social media influencer. She posts fashion photographs on her Instagram account. Many of her pictures are with her cute little daughter Londyn sometimes wearing the same stuff as she does. She is now a famous YouTuber, Instagram superstar, and great social media personality. The secret behind getting that huge number of followers on Instagram is her popularity on YouTube, known as one of the top YouTube professionals. Now she achieves the goal by gaining two million followers on the Instagram account and the same number on YouTube. Prank War content makes her so popular among the fans and followers. Her net worth is estimated to be $3,000,000. Jaliyah Monet is consistently posting the relevant content that got over six million interactions per month with proper keywords and hashtags to gain more and more followers. Instagram and YouTube's algorithm also supports a lot when someone like Jaliyahma, posts the relevant content that people like and share the most. She is one of the top social media influencers in the United States that hit five million fans and followers within a very short time span. Follow her to stay motivated to gain more and more followers. Disclaimer: The views, suggestions and opinions expressed here are the sole responsibility of the experts. No Forbes India journalist was involved in the writing and production of this article.

Tweets by @forbes_india
Nvidia buys Arm from SoftBank for $40 billion
Oracle wins bid for TikTok in the US; Microsoft proposal rejected