Chinu, a young philanthropist and humanitarian is only 29-year-old and holds dual MBA in his kitty 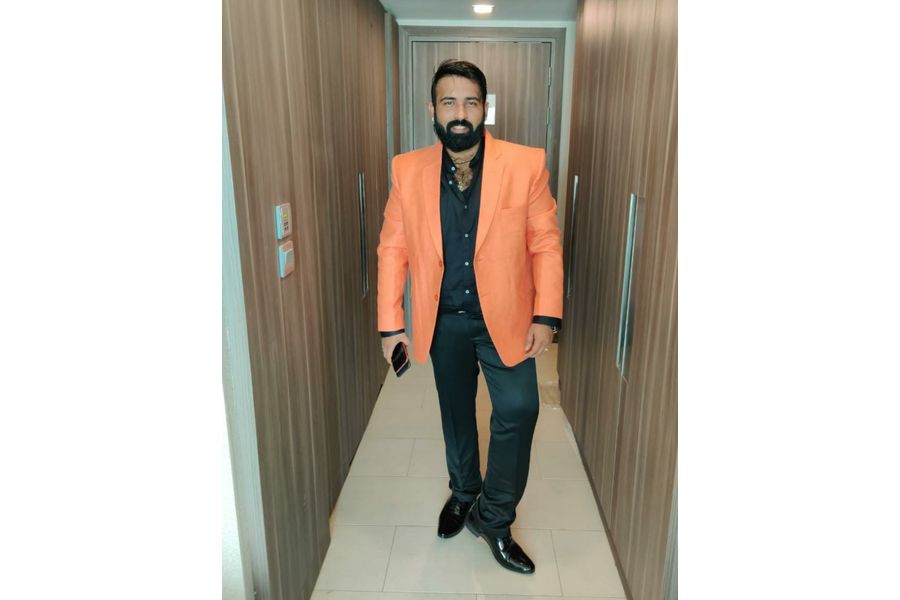 The World needs more kindness and compassion which will change the face of Humanitarianism is what Chinu Kwatra agrees upon. Proud resident of Thane, he works on it with utmost dedication multiplying the Universal love & making the Earth a beautiful place for all human-kinds and creatures to live peacefully.

His mantra in life is “Insaan Bano” which talks about Humanity in all dimensions and leaves an impression on all to become an Insaan first. He is a man himself behind the clean beaches which we witness in Mumbai today. Not only has this he taken care of thousands of kids giving them freedom to dream by taking care of their daily basic necessity - that’s food. Yes, he is giving them daily meals and moral lessons along the journey hand holding them with all his heart. His vision covers animals too and he provides daily food to these beautiful creatures who can’t speak of their hunger.

Chinu, a young philanthropist and humanitarian is only 29-year-old and holds dual MBA in his kitty. With his big mission and clear vision, he laid foundation of his own Non-profit organisation by the name Khushiyaan Foundation. He believes his strong team of youngsters with creative minds and energy at its best are the most important pillars who have contributed in making his dream a reality. His most successful projects are Roti Ghar, Beach Warriors, MARD and Project pathshala which are creating noticeable impact and measurable outcomes in the society daily.

Once aspired to be in Army and serve the nation, Chinu chose this humanitarian path to serve and to be the Change Maker in the society.

Chinu and his team Beach Warriors are cleaning 9 beaches in Mumbai from past 2+ years with endless motivation and dedication. Major support is his team and his volunteers who turn up every Sunday without fail to add to this meaningful initiative of zero plastic tolerance nurturing their love for environment. For the same they have been listed in Limca book of Records 2019.

Another Project Roti Ghar is based on his pure emotional connect with the less privileged kids of the society. Under this project they provide freshly cooked meals with lots of love to the kids through their own kitchen headed by his mother. More than 1000 Kids in Mumbai and more than 100 kids in Hyderabad, Bangalore & Odisha each are benefiting through this initiative daily.

To add to his credit this gentleman is also known as “Menstrual Man “who initiated a dialogue to talk freely about menstruation without the stigmas attached. He conducts various seminars regularly on Menstruation for the benefit of women in the society. Team manufactures their own Biodegradable sanitary napkins and distribute these to the women who are still far away from the world towards the hygienic menstrual practices.

His heart of gold shines bright with the light of hope as he feeds more than 100 stray animals daily. His love for animals is not hidden and speaks a language of love which you can witness when you visit his shelter home for stray dogs. Here more than 30 dogs are sheltered and are taken care of. Ms Kavita Sugandh, an Entrepreneur is the support behind this.

Chinu lives with a goal to see India as a developed Nation and believes it is attainable when we all work towards 360-degree development of the society. He is happy that he isn’t alone in this journey and has received immense support from Ananta, TTMS, XLNC, Dil Se foundation and extended support from Guru Randhawa himself.

He is grateful to Mr. Aaditya Thackeray (Environment & Tourism Minister & Yuva Sena Leader) who has mentored & guided him in this journey and all his projects from the foundation days till now. Through this medium he wants to share his heartiest gratitude for all the individuals who have been blessing him, supporting him and praying for his wellbeing throughout.

Coming from a middle class family and have a tough time growing up since childhood, Chinu feels blessed to be supported by well-known Bollywood celebrities like Dia Mirza, Esha Gupta, Kirti Kulhari, Jaaved Jaaferi, Abhijeet Sawant and Kavita Kaushik. It feels like a dream come true for him working side by side with these humanitarian humans.

During the current Pandemic COVID19 which has hit the whole World with its sufferings, Chinu Kwatra’s Roti Ghar have played a major role in relief work. They put their gears on and got ready as frontline warriors to fight this pandemic and have pioneered in feeding migrated workers, daily wage earners and others affected by Nation-wide lockdown. He mentions that with the support of Mrs. Priyanka Chaturvedi (MP Rajya Sabha) the team has worked on ground and reached more than 3 lakhs people in 40 days with freshly cooked food packets and have also helped equal number of people with dry ration in Mumbai, Delhi, Bangalore and Odissa.

For more motivation you can check out details about his great initiatives and how you can partner and support his work on his website kwatrachinu.com. It gives you in-depth details about his humanitarian work.

It is no surprise that this noble soul has been recognized on different platforms for the social work that he is doing with all his heart and dedication. Among the various awards and honours that he has been bestowed with are “Swachh Hero”, "Thane Ratna Award” "Unsung Hero award", "Philanthrophist Award" "Mumbai Green Hero Recognition" and many more to his glory.