Taking the Legacy Ahead 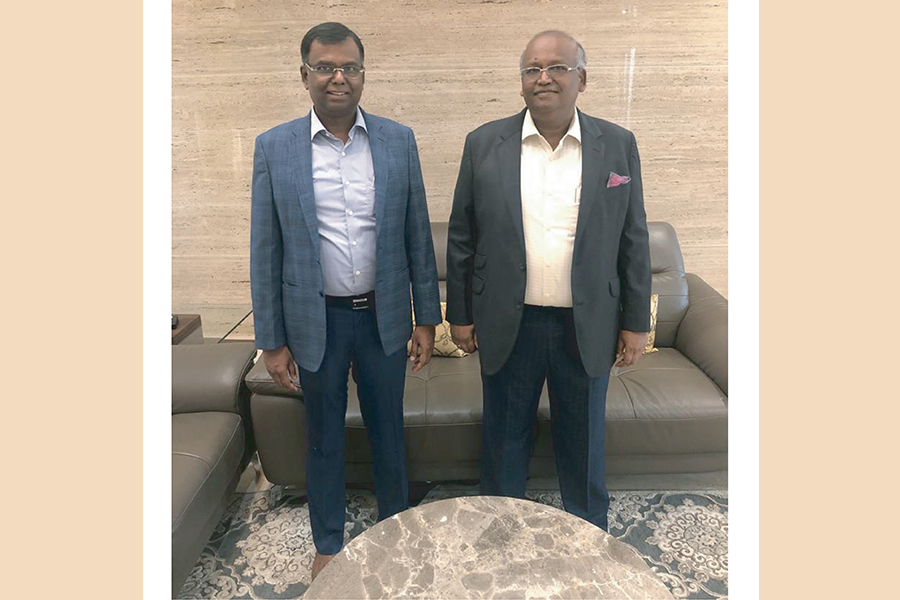 Rajah, an MBA from Loyola College, Chennai was born to a first-generation entrepreneur Mr M.J. Prathapsingh, who had started Eagle Diaries more than 60 years ago. Looking at his father establish the diversified Eagle Group of today, Rajah became interested in business from a very young age. He understood work ethics, the importance of commitments and hard work that was required to be successful. Eagle Press—involved in manufacturing high quality stationery and commercial printing—realised the need for high-security printing in India right when the economy was expanding in the 70s. Since most of the high-security products were being imported, they started Madras Security Printers in 1985 to meet the market needs and became one of the first companies in India to be recognised as a High-Security Printer by the government authorities. Since then, the company has expanded and has been successful in providing turnkey solutions to its esteemed clientele. With a complete range of IT solutions for government authorities and large enterprises, they indulged in large IT practices providing e-Governance and technology solutions for smart cities along with several state-of-art technology projects. With the largest card manufacturing capacity in India, they provide card-based and digital identification solutions in India and abroad. The road to success came with its share of prick and thorns—to begin with, they had to compete with the existing and established players in the market. It was at that time that they had to put in a lot of hard work and be at the forefront of technology to build up the brand and the company. Their recent innovations include Intelligent Traffic Management System, Integrated Command Control Center, Digital Track and Trace System, Digital Identity Platform, and other Smart Governance Solutions. Investing a huge capital in a fresh plant and machinery when they established a new division in the late 2000s was the biggest risk for them, however, it was a well-calculated one. Subsequently, they were able to gain a foothold in the industry and that risk made them a leader in their field. Rajah has always had an open mind and a broad vision which enables him to foresee the evolution of the market and identify the opportunities that will eventually emerge. Rajah’s life lessons such as having a positive attitude, working hard, aiming high, thinking big, and striving to achieve success have helped him achieve his goals. Disclaimer: The views, suggestions and opinions expressed here are the sole responsibility of the experts. No Forbes India journalist was involved in the writing and production of this article.