To the winners, who won because they did not give up-Success story of Nikhil Singh, a young entrepreneur and marketer 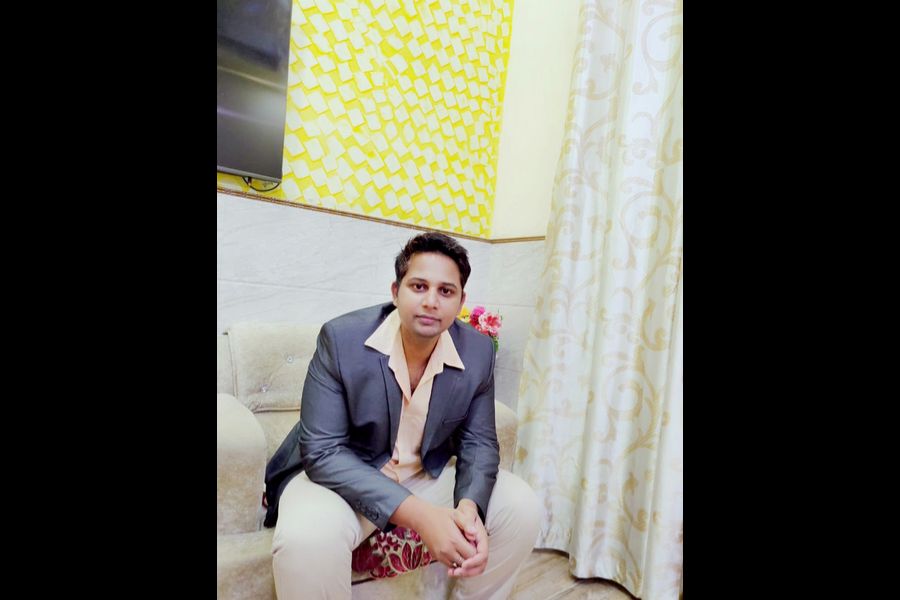 Some people push their dreams away, hoping for a better day or better situations to arise. But, waiting for the right opportunity might take away the one that’s right in front of today says 29-year-oldNikhil Singh, a young entrepreneur, marketer and technocrat from Delhi.The Founder of Arnika Fortune India Nidhi Ltd and Co-Founder of Abacus Media, a leading marketing agency (Since 2015) to support, promote and market the young entrepreneurs, business owners and also celebrities from Sports, Bollywood, TV, Politics and Visual Artists in India. When asked about the motivation, he was prompt in response and said -“when you love what you are doing, you obviously run high on self-motivation”. When most of the youngsters plan and aspire for the high paying jobs and secure careers,Nikhil dared to follow his entrepreneurial dream, which was never easy as he comes from a middle class background where his father, Mr.Rajender Singh is serving in Delhi Police, while Nikhil’s mother, Mrs. Rita Singh is a home maker and two of his elder siblings- Mrs. Archana Singh and Dr. Alka Singh are well qualified educationists. The eldest one-Mrs. Archana Singh is currently occupying the position of the Principal in a Private School and Dr. Alka Singh, is working as an Assistant Professor at NCERT, New Delhi.Nikhil’s brother-in-law Anand Singh is Associate Vice President in a leading private bank.Being the youngest, Nikhil was a pampered one but was taught the right values with lot of discipline at home. The young technocrat recollects the struggles and sacrifices of his parents and two sisters as an important chapter in life where he shares that his father hailed from a small village in eastern part of Uttar Pradesh and worked very hard to secure a living in this big city from a very young age whereas his mother, being well qualified decided to give up her career and raise the three children in order to provide the love and care required by them.Apart from the parents, he considers that his sisters are the guiding source right from the beginning. Nikhil Singh did his schooling from D.A.V Noida and later on pursued his B.Tech in Information Technology.

The pressure for a secure job &establishing a stable career was immense on him, but the rebel in him and dream of doing something out of the box took him to the World of entrepreneurship.Nikhil tasted the success the hard way. Nothing came easy for him. The tears he hides behind the chirpy self that he puts in front of the World could not be hidden for long while recollecting his journey. Interestingly, it was not talking about his failures that brought tears in his eyes, it was his hard earned victory. Nikhil has currently initiated his steps towards managing brand value and marketing the works of established contemporary artists in India, including that of Mrs. Kavita Nayar (Nationally acclaimed artist and trustee of Kala Sakshi memorial trust).He speaks very highly of Mrs. Kavita Nayar and says “It is only after meeting artist Kavita Nayar, I realized that the artists’ branding & marketing has a huge potential and market soon need to be tapped”.Nikhil is also thankful to Sharad Singh avid entrepreneur and Business advisor who also run his You Tube channel Biz TV and Namrita Sharma an IITian and well known young art face of India. Both of them helped him to understand business of art World marketing and also branding of entrepreneurs. Nikhil is handling the branding profile of many leading business owners and young entrepreneurs. Nikhil says “I always suggests to the entrepreneurs and business owners and even artists that they should not shy away from marketing themselves good marketing and always help in achieving stiff sales targets”

As per Nikhil, the branding and marketing of artists is a very different ball game and a huge challenge when you compare it with the Bollywood or Sports World,It is easy to promote a Bollywood or Cricket celebrity where they have got such a tremendous fan following among the masses but to market an artist is not everyone’s cup of tea. Nikhil mentioned, “When I first met these artists the first thing I realized, that they undersells themselves, which does not help them in achieving their goals. He also added, In India there is a mass perception that the buyers of the art work are only the people who have got deep pockets, Nikhil’s ambition is to change this so that artists work should also reach most of the homes in India rather than remain a property of only few.Nikhil believes “Everyone knows that branding & marketing idea is to sell a product.But I believe that every time a customer buys a product, he is making a choice.Everything has an emotional quotient and as we climb the ladder from luxury to necessity that quotient increases. Nikhil has also occupied a courier service with a vision to offer complete logistic and courier support to the artists in a very affordable price. Apart from branding the entrepreneurs and artists, He also realized that the small medium entrepreneurs & business owners need financial back up to sustain themselves, so he launched Arnika NBFC (NBFC by providing them loans at a very affordable interest rates. Nikhil Non-banking financial company) to lend the money to the members of the asserted, “ that very few financial institutions giving loans to unorganized sector or small medium entrepreneurs, so his team decided to give priority to SME’s by helping them financially as well”. Nikhil expects his NBFC too will help the artists and business owners in realizing their dreams and his dream as well. Nikhil might be an avid entrepreneur but he also has got an interesting habit as well and that is to read others psychology. This helps him in remaining one step ahead of others. His attitude towards life can be best defined in his own simple words if you want to make yourself big then you have to think big and dream big with positive attitude.