By Jun Zhang and Tian Zhu

It is now conventional wisdom that the Chinese consume too little and save too much, and China’s reluctant consumers have contributed to the global imbalance. But the truth is that China’s consumption is grossly underestimated. China’s true rate of consumption can be 10 to 15 percentage points higher than the official figure, reaching 60-65% of GDP, a desirable rate for a fast-growing developing economy. The rich countries mired in their economic conundrum need to find domestic solutions instead of blaming China for consuming too little.

There are several sources of underestimation of consumption in China’s official statistics. First, Chinese statistics have significantly underestimated housing consumption, the sum of rentals, utility and decoration expenditures. Rentals include actual rentals paid by tenants and more importantly, imputed rentals for owner-occupied homes. In theory, the imputed rental of a self-owned home should be equal to the rent the owner-occupiers would have needed to pay if they had rented the home on the market. In practice, calculating imputed rentals is not an easy task. 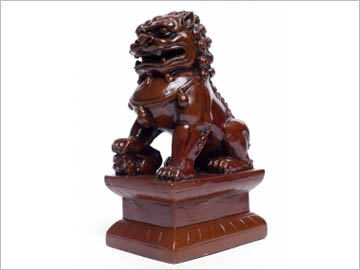 China’s statistics bureau uses construction costs multiplied by a fixed depreciation rate (2% in urban areas and 3% in rural areas) for a rough estimate. While this method is easy, it greatly underestimates actual housing consumption. First, construction costs, which do not even include land costs, greatly underestimate the market values of housing, and the 2% depreciation rate also underestimates the rental rate of return. Using this method, China’s housing consumption made up only 6% of GDP in 2009. In contrast, housing consumption in high income OECD countries such as USA, Japan, UK, Germany, France, and Canada took up around 14% of GDP in the same year, while in Mexico and Turkey, it accounted for 11% and 16.5% of GDP respectively.

According to our calculations, if China’s urban housing had an average price of RMB4000 (USD640) per square meter and the average gross rental rate of return was 3% in 2009, the resulting housing consumption in China would add up to 10% of GDP that year. That’s 4 percentage points of increase! If rural housing consumption was underestimated by 1% of GDP, that makes up a total underestimation of 5% of GDP. Given the unusually high housing price in Chinese cities, it is very possible for China’s housing consumption to make up 11% of GDP or more.

The second source of underestimation of consumption is that official statistics cannot account for private consumption that is paid for by company accounts and thus treated as either business costs or, in the case of durable goods, as investment expenditures. There is a lot of such consumption in China! For example, many business owners or executives purchase private cars on company accounts. Instead of being counted as private consumption, the costs of these cars are counted as investment expenditures. We suspect that most of imported luxury cars fall into this category. This practice of private consumption on company accounts is widespread in China and extends to vacations, dining and wining, mobile phones, gasoline, and almost any household goods. It saves significantly on corporate as well as personal income taxes. It is also a benefit or in-kind consumption for executives at state-owned firms. Of course it’s impossible to know exactly how much of such consumption is unaccounted for. If it makes up, say, 10% of total household consumption, then China’s rate of consumption would increase by 3.5%.

Lastly,  local currency-based national account statistics are not ideal for cross-country comparisons. Academics often use what is called the Penn World Table (or Summers-Heston Dataset) instead. The Penn World Table (PWT) is developed by the International Comparison of Prices Program at the University of Pennsylvania. It differs from the official national account statistics in that it makes purchasing power parity adjustment to consumption and investment price levels as well as official (or market) exchange rates. According to the just released version of PWT, and without including the missing consumption expenditures we just mentioned above, China’s consumption ratio stood at 60.9% of GDP in 2010, the latest year the table covers, not the official 47.4%. The gist of the PWT adjustment is that the real value of China’s consumption measured in “international prices” is much higher than that measured in local Chinese prices because it is relatively cheaper to buy consumption goods and services (including government services) than investment goods in China. Specifically, in PWT, the 2010 price level for household consumption in China was at 42% of the US level while the price for investment was at 68% of the US level.

Furthermore, the PWT figure for China’s rate of consumption in 1990 was 58.9% while the official figure was 62.5%. Thus, instead of a significant decline in the consumption ratio over the past 20 years as demonstrated in unadjusted official statistics, the PWT figures show a very stable ratio around 60% over the period. Technically, this is due to the fact that the price level of consumption in China rose relatively more slowly than that of investment during the period. So, if China's consumption rate at 60% is too low, then, at least according to PWT, it has always been this low for the past 20 years!