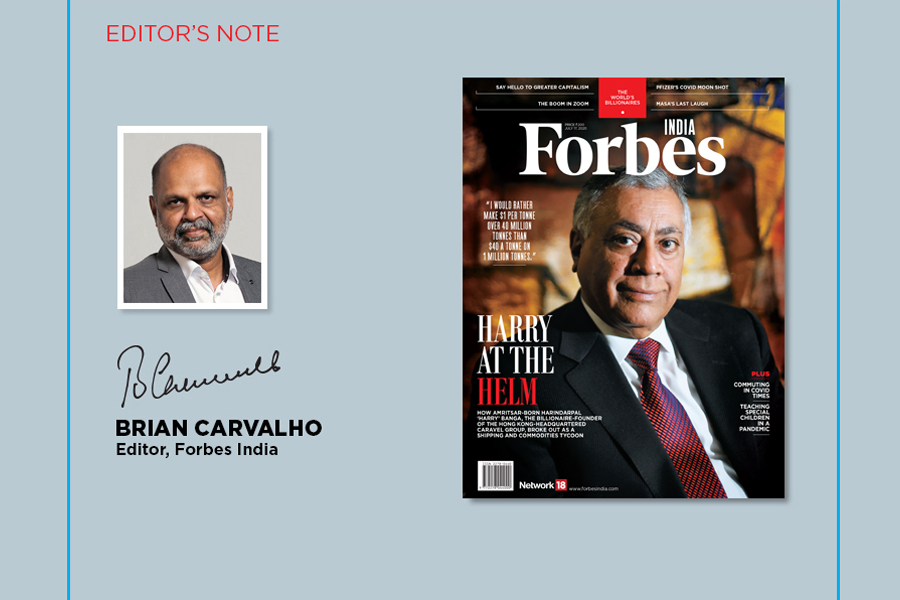 In a recent Forbes India cover story, Sridhar Vembu, the maverick founder and CEO of software developer Zoho Corporation, declared: “I am a capitalist, and I don’t care about net worth… Know-how, capabilities, formal knowledge, advanced knowledge, physics, astronomy, culture… all of these are a form of capital.” Wealth, for Vembu, also has the connotation of resilience. “Capital is something that protects you from adversity.”

It’s that capital of billionaires that can play a crucial role in building much-needed capabilities in health care and rebuilding livelihoods during a global pandemic. Forbes’s Billionaire Tracker has been documenting through the global lockdowns how the world’s wealthiest—from Jeff Bezos, Jack Dorsey and Michael Dell to, back home, Azim Premji, Mukesh Ambani and the Jindal family, among many others—have responded.

Yet, the pandemic may have only magnified and deepened the chasm between the have-much and the have-little. In early June, Reuters put out a story based on a report of the Institute for Policy Studies, which pointed out that the wealth of the richest in the US surged by over $565 billion during the 11 weeks from March 19, when the lockdowns began; in that same period some 42.6 million workers filed for unemployment.

So, is it time to junk capitalism and usher in a more empathetic system of wealth creation that takes into account the concerns of the community as a whole? Indeed, more and more Americans—a recent Forbes survey is one indicator of that—are beginning to see virtue in socialism.

What, however, if we have a system that takes along all the good that capitalism brings with it—entrepreneurship, minimal government intervention and free markets—and at the same time considers return on investment for all stakeholders? These would include the economically-disadvantaged, be it in education or health care, and those financially-excluded.

Randall Lane, chief content officer and editor of Forbes, calls this ‘Greater Capitalism’. “For younger generations to experience America as the land of opportunity, the root inequalities need to be ripped out—now,” writes Lane. Don’t miss his insightful essay on why Greater Capitalism may be a fairer and smarter system, and may have already begun to emerge in the wake of the Covid-19 pandemic.

This special billionaires package also has a feature on the entrepreneur who has helped everybody, from businesses to families, survive social distancing with the videoconferencing app, Zoom. Eric Yuan has helped himself rather well, too. The founder who became a billionaire after listing Zoom Video Communications on the Nasdaq in April 2019 was worth over $10 billion at the beginning of June 2020. The billion-dollar question, of course, is what happens to Zoom once the pandemic passes?

The Forbes India cover story this fortnight is on a billionaire who was born in Amritsar, grew up in Chandigarh, and came into his own in Hong Kong. Harindarpal ‘Harry’ Banga who, in the 1980s, went on to create Asia’s large commodity trading firm, the Noble Group, with Richard Elman, is now a solo shipping and commodities tycoon as founder of the Caravel Group. The secret of his endurance? As Banga tells Samar Srivastava, who penned the cover feature, “I would rather make $1 per tonne over 40 million tonnes (of iron ore) than $40 a tonne on 1 million tonnes.”