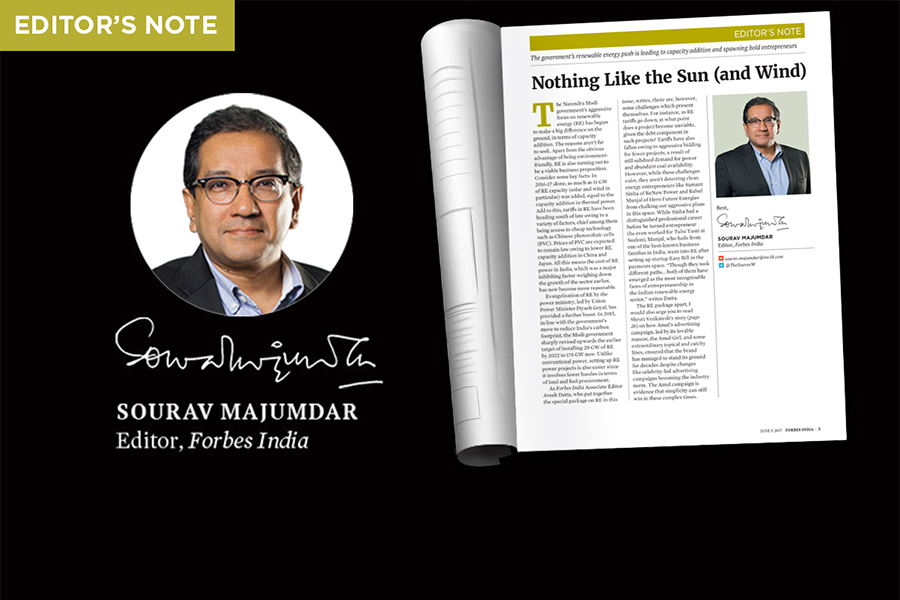 The Narendra Modi government’s aggressive focus on renewable energy (RE) has begun to make a big difference on the ground, in terms of capacity addition. The reasons aren’t far to seek. Apart from the obvious advantage of being environment-friendly, RE is also turning out to be a viable business proposition. Consider some key facts: In 2016-17 alone, as much as 11 GW of RE capacity (solar and wind in particular) was added, equal to the capacity addition in thermal power. Add to this, tariffs in RE have been heading south of late owing to a variety of factors, chief among them being access to cheap technology such as Chinese photovoltaic cells (PVC). Prices of PVC are expected to remain low owing to lower RE capacity addition in China and Japan. All this means the cost of RE power in India, which was a major inhibiting factor weighing down the growth of the sector earlier, has now become more reasonable. 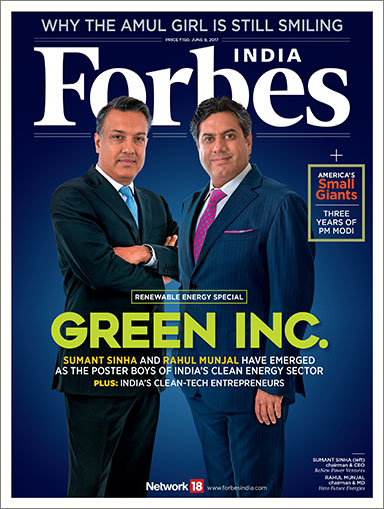 Evangelisation of RE by the power ministry, led by Union Power Minister Piyush Goyal, has provided a further boost. In 2015, in line with the government’s move to reduce India’s carbon footprint, the Modi government sharply revised upwards the earlier target of installing 20 GW of RE by 2022 to 175 GW now. Unlike conventional power, setting up RE power projects is also easier since it involves fewer hassles in terms of land and fuel procurement.

As Forbes India Associate Editor Aveek Datta, who put together the special package on RE in this issue, writes, there are, however, some challenges which present themselves. For instance, as RE tariffs go down, at what point does a project become unviable, given the debt component in such projects? Tariffs have also fallen owing to aggressive bidding for fewer projects, a result of still subdued demand for power and abundant coal availability. However, while these challenges exist, they aren’t deterring clean energy entrepreneurs like Sumant Sinha of ReNew Power and Rahul Munjal of Hero Future Energies from chalking out aggressive plans in this space. While Sinha had a distinguished professional career before he turned entrepreneur (he even worked for Tulsi Tanti at Suzlon), Munjal, who hails from one of the best-known business families in India, went into RE after setting up startup Easy Bill in the payments space. “Though they took different paths… both of them have emerged as the most recognisable faces of entrepreneurship in the Indian renewable energy sector,” writes Datta.

The RE package apart, I would also urge you to read Shruti Venkatesh’s story on how Amul’s advertising campaign, led by its lovable mascot, the Amul Girl, and some extraordinary topical and catchy lines, ensured that the brand has managed to stand its ground for decades despite changes like celebrity-led advertising campaigns becoming the industry norm. The Amul campaign is evidence that simplicity can still win in these complex times.