Your need for and use of the physical spaces you had grown accustomed to have either changed or been eliminated, at least for now, amid the pandemic. This in turn has billion-dollar implications for the industry that builds and leases out such spaces: real estate 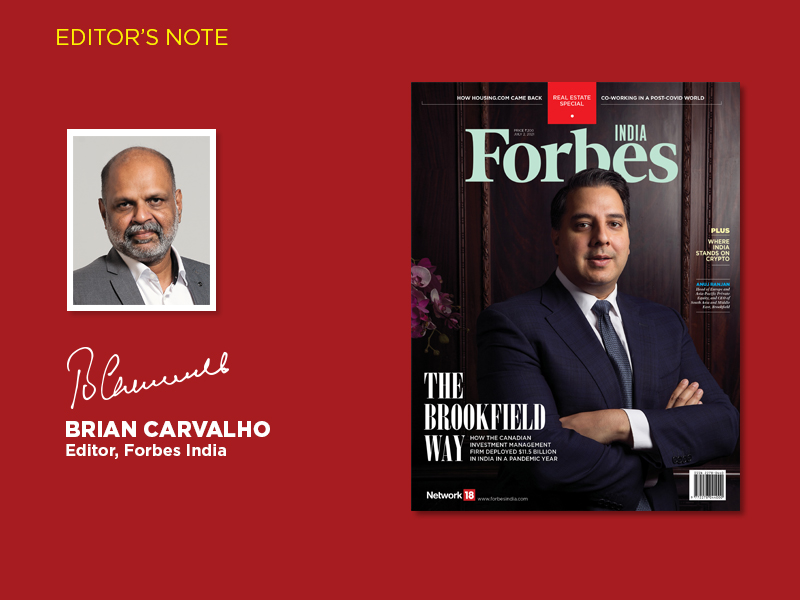 For the past 15-odd months, you have been spending more time at home than in the office and in your favourite hangouts. Your children haven’t seen—and won’t for some time see—the brick and turf of their schools. You would have been travelling intercity and holidaying much less, if at all, virtually eliminating the need for overnight stays in hotels and resorts. Shopping—for groceries, medicine and other essentials (a few of the vinous variety), as well as everything from gadgets and white goods to furniture and reading glasses—has been from the vantage point of your laptop or smartphone, and you can’t remember the last time you saw the interiors of a supermarket or a mall. The 130-cm smart TV you bought online or your laptop in your bedroom cubbyhole is your substitute for the weekly multiplex sojourn. The few times you did step into your office, you wondered whether it was time to rethink the constricted cubicles and work areas you would spend nine to 10 hours a day in till recently. Yes, residential rentals are mouth-watering, and now that the second wave has ebbed, you are considering shifting to what seems a more affordable and posher neighbourhood; but is it really a good idea to dwell in those skyscrapers, where you or those living with you would be pushing elevator buttons at least twice a day?

The short point: Your need for and use of the physical spaces you had grown accustomed to have either changed or been eliminated, at least for now. This in turn has billion-dollar implications for the industry that builds and leases out such spaces: Real estate.

This fortnight’s issue of Forbes India delves into an industry that’s been transformed by the pandemic, calling for structural shifts over the longer term. And while some segments—malls, offices, hotels—have been hit the hardest, there are those with thinner human density—warehouses, automated factories and data centres—that are less impacted. When it comes to commercial real estate developers, those with fitter balance sheets and adequate liquidity would be better placed to ride out the storm.

Liquidity during the pandemic hasn’t quite been a problem for the firm that’s the subject of the Forbes India cover story, which has been on an asset-acquisition binge over the past year. Brookfield Asset Management, a New York stock exchange-listed and Toronto, Canada-headquartered investment management firm, has been bullish on India since 2014 (it set up its India office in 2009, but took its time to do its first deal five years later). Till date it has deployed nearly $20 billion, or roughly ₹140,000 crore, across sectors like real estate, infrastructure and renewable power. Real estate itself has sucked in nearly $7 billion, 85 percent of that amount committed to commercial offices.

And here’s the astonishing part. Over half of that stash, or nearly $11.5 billion, was pumped in in the pandemic year. Even as most of us were confined within domestic limits, teams at Brookfield were doing diligence on 12.8 million square feet of commercial buildings of the Bengaluru-headquartered RMZ Corp; the firm went on to acquire the 41 buildings to add to its arsenal of one of the largest portfolios in India. As Ankur Gupta, head of Brookfield’s real estate vertical and one of the firm’s managing partners, tells Pooja Sarkar who has penned the cover story, “to do this in a very short timeline—legal diligence, architectural diligence, physical diligence—proves how far we have come with our capability in India”. For details of many more such transactions and what went on behind the scenes—Sarkar’s ‘Slow and Steady: The Brookfield Way’ is a must-read.

(This story appears in the 02 July, 2021 issue of Forbes India. To visit our Archives, click here.)

Tweets by @forbesindia
Why Choose Amrita Vishwa Vidyapeetham for Engineering?
Soviets once denied an Anthrax leak. US scientists backed the story