Soonicorns and the cities 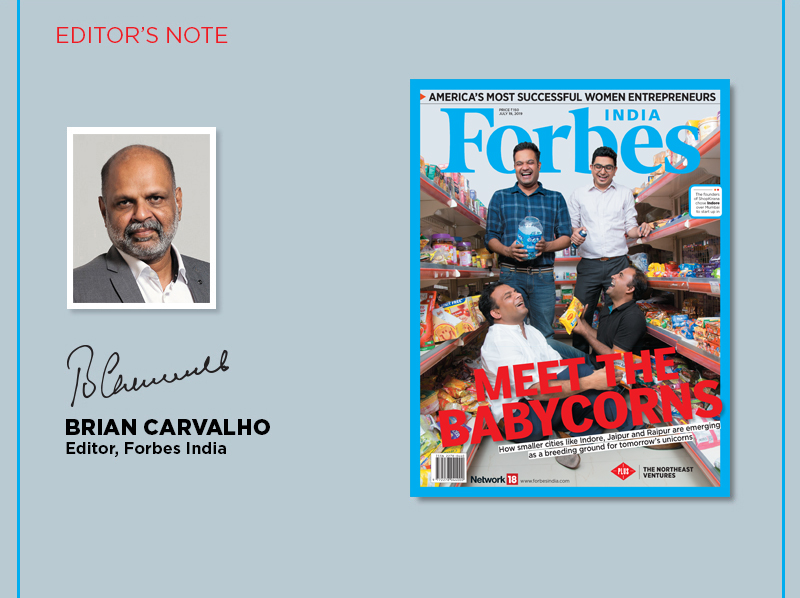 What’s common between the San Francisco Bay Area, New York, London, Beijing, Los Angeles and Boston? That’s an easy one: They’re all—as The Center for American Entrepreneurship (CAE) in a recent report titled ‘Rise of the Global Startup City’ pegs them—‘Superstar Global Startup Hubs’. Now for a slightly tougher one: What’s common between Moscow, Nashville, Pune and Hyderabad? Answer: They are, according to the CAE, the ‘Gobal Next’ or among 10 hubs that rank in the top 100 cities for global venture capital (VC) deals, and among the top 60 for angel and seed-stage investments. Predictably, Delhi, Bengaluru and Mumbai (in that order) figure among the top 50 global cities for VC deals. The other Indian city that figures prominently in these lists is Ahmedabad, No 2 after Bangkok in the top 50 global cities by five-year growth in VC deals and No 18 by VC investment.

In this Forbes India special package on emerging startup destinations, we have attempted to identify hotspots of entrepreneurial activity outside of the most popular ones like Delhi, Bengaluru and Mumbai. So, Pranit Sarda travelled to Ahmedabad to capture the rise of internet-enabled businesses there; Sayan Chakraborty went to Coimbatore and Naandika Tripathi to Kochi; Divya Shekhar and Harichandan Arakali to Pune and Hyderabad to analyse what’s going for these cities—and what isn’t—in their quest to emerge as alternatives to the big metros.

What Forbes India’s roving writers also observed was that startups, of varying size and scale, are fast mushrooming in regions that perhaps a decade ago would have been considered the boondocks for tech entrepreneurship. No longer. Rajiv Singh, who trekked from Chandigarh and Jaipur to Indore and Raipur, sums up the level of entrepreneurial activity in one word: Frenetic. In Jaipur, for instance, India’s biggest online car platform CarDekho is halfway to the elite unicorn club after staying bootstrapped for five years. In Indore, the founders of a B2B supply chain startup working with mom-and-pop shops chose the west-central Indian city over Mumbai, and have few regrets for doing that. In Raipur, a state-run incubation centre is literally playing the role of a nursery for startups; the CEO of that incubator calls these fledglings “babycorns”.

Another hotbed of activity is the Northeast, more specifically Guwahati and Imphal, the two cities Naini Thaker travelled to. What she found: An incubation centre called The Nest, The Imphal Angels (who recently organised the first Northeast Startups’ Summit), and a clutch of unique startups, including a former banker who chucked the pinstripes to become a pig farmer.