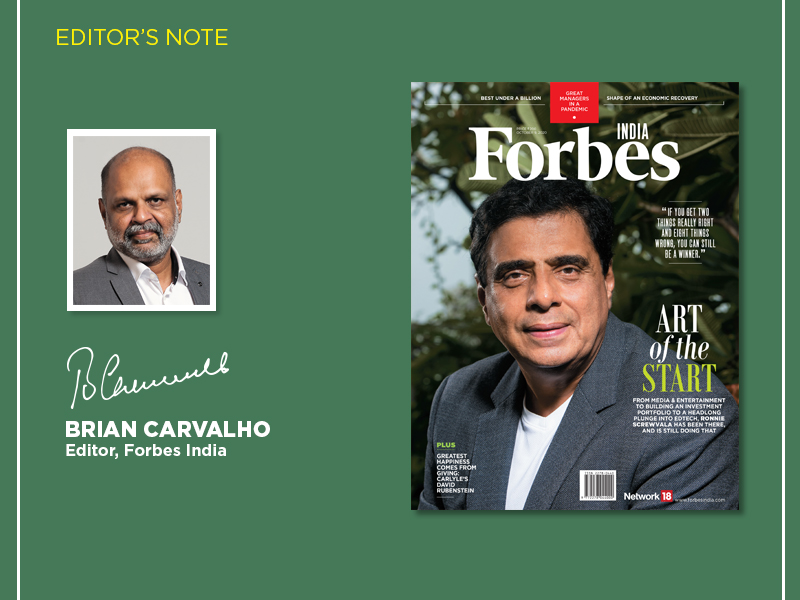 You’ve changed five jobs in 12 years, so why isn’t anyone calling you a serial careerist? Well, that’s pretty much the way to scramble up the ladder, you would say.

On the other hand, serial entrepreneur rolls off the tongue fairly easily, and professional networking posts are awash with claimants to being founders of the frenzied kind.

You would argue this is false equivalence. Professionals will change jobs because of the sheer breadth of opportunity in the market. They are also less likely to be wedded to an organisation than the founders of one; after all, for the latter, their startup is their passion, their baby. Hence, instances of entrepreneurs moving from one venture to another, and then another, are infinitely rarer than professionals on the hunt for fatter pay cheque and higher rungs in the hierarchy. Which is why the prefix serial is more apt for an entrepreneur than a careerist.

Or, is it? Careerists tend to move ahead because they’ve done something right on their previous job (or at least that’s what head hunters and rivals reckon). Can the same be said about all serial entrepreneurs, particularly those lacking the perseverance to persist with an idea, and build a business around it? Yes, failure is a stepping boulder to eventual success, and we must celebrate it, but venture capitalists will tell you stories of serial founders who tend to cosy up with their old-boy network of funders to flit from one flimsy business plan to another.

Don’t get me wrong: Many of the world’s biggest businesses have been built by serial entrepreneurs; and on the back of failures. It’s just that the phrase is often misused and used as an oversized badge of dubious achievement.

The man on the Forbes India cover this fortnight is no stranger to building institutions to last. And not just once or twice. Yet, try straitjacketing Ronnie Screwvala as a serial entrepreneur, and he’s unlikely to approve. As he told Kathakali Chanda, who penned this cover story replete with startup anecdotes and wisdom, “the phrase sounds pre-meditated… I never had pre-meditated notions of building companies and selling them”. For instance, Screwvala took his time—over two decades—to build UTV into a $1.4 billion M&E conglomerate before selling it to Walt Disney: Not quite the trait of a self-styled serial entrepreneur.

Taking UTV’s place now is edtech venture upGrad, which Screwvala reckons calls for a similar long-term mindset (like UTV did) and has the potential to be scaled (the way UTV was). While the 64-year-old is full-time and hands-on with upGrad, he also keeps an eagle eye on his other irons in the fire—a bunch of portfolio investments via Unilazer Ventures, movie production house RSVP Movies, sports business U Sports and the Swades Foundation (along with wife Zarina). Can Screwvala do a UTV with upGrad? For the answer, go to ‘Build. Scale.

From listening to employees to continuously communicating with them and motivating them, managers are the invisible force playing a key role in helping organisations navigate the Covid-19 crisis. The Forbes India-Great Manager Institute’s second annual study of India’s best managers identified 100 such heroes—from CXOs to junior team leaders—who have earned their spurs during the pandemic. Picking the eventual winners was no easy exercise, calling for a four-layered process and filtering through entries from over 1,150 companies (of all hues, from startups to conglomerates). Some 6,344 managers were evaluated to arrive at the final 100.