U.S. and Pfizer are negotiating deal for more vaccine doses next year

The Trump administration is negotiating a deal to free up supplies of raw materials to help Pfizer produce tens of millions of additional doses of its COVID-19 vaccine for Americans. It could at least partially remedy a looming shortage that the administration itself arguably helped create 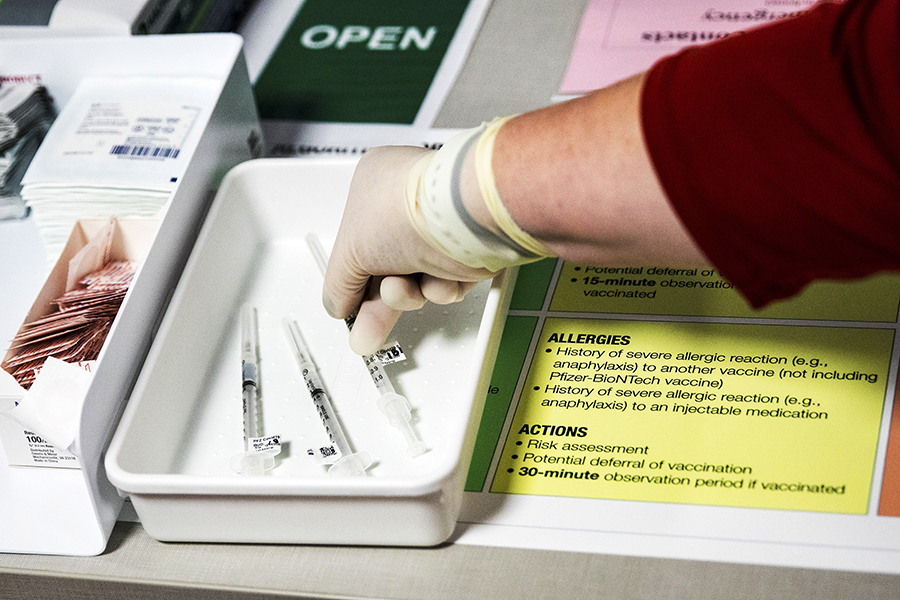 Syringes with Pfizer's coronavirus vaccine, ready for inoculations at Jackson Memorial Hospital in Miami, Dec. 15, 2020. The Trump administration is negotiating a deal to use its power to free up supplies of raw materials to help Pfizer produce tens of millions of additional doses of its COVID-19 vaccine for Americans in the first half of next year, people familiar with the situation said
Image: Scott McIntyre/The New York Times