Workplaces may have significant changes in the long run, including new seating arrangements and the addition of building materials that discourage the spread of germs 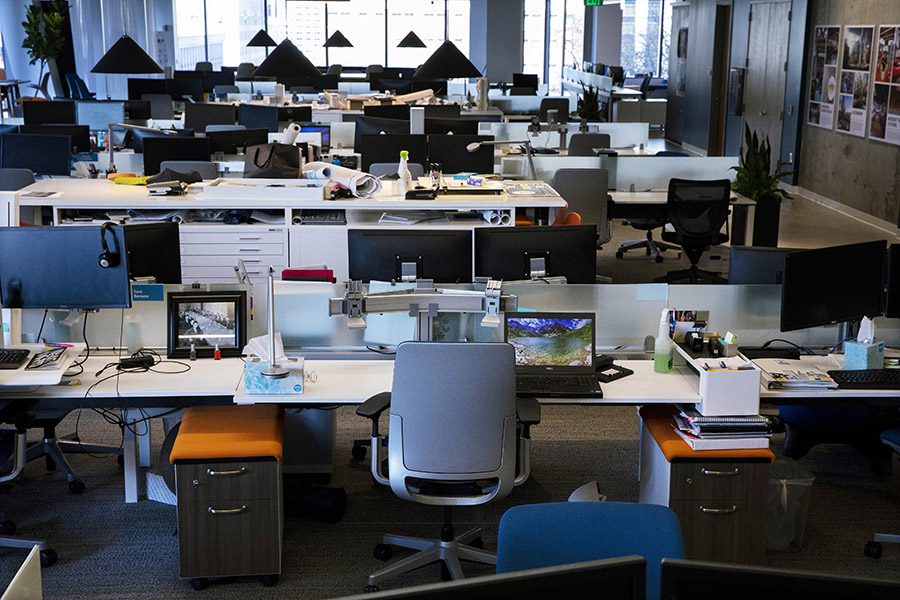 Benching - desks lined up side by side - is evident in the Seattle office of B+H Architects on April 1, 2020. Building owners and company leaders — and those who help them manage properties and design workplaces — have begun to anticipate the time when the shelter-in-place orders are lifted and people start heading back to the office
Image: Ruth Fremson/The New York Times

Tweets by @forbes_india
Podcast: Dissecting the lockdown and migration patterns for India's labourers
The art of the pitch in the midst of a pandemic