Chief intensivist Dr Darshana Rathod says a healthy working atmosphere and supportive team have made her hospital stint enjoyable, even during the pandemic 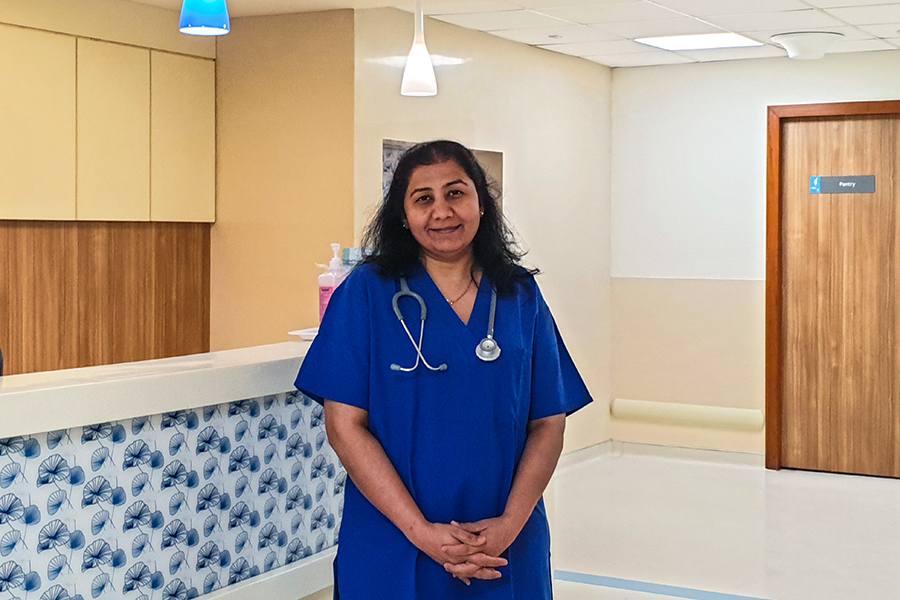 Dr Darshana Rathod has been in the profession for 21 years, but says being on duty during the pandemic has been an entirely new experience

Dr Darshana Rathod was attending to Covid-19 patients in the intensive care unit (ICU) at the end of May when her phone rang. Accustomed to getting calls from unknown numbers during the pandemic, she answered, thinking it would be from someone who needed medical assistance. The 80-year-old man at the other end, however, introduced himself as someone who had recently recovered from the coronavirus under her care, and had called to wish the hospital staff on Eid.  “The octogenarian had diabetes, hypertension and kidney problems, and was in the ICU for two weeks and later in the ward for 10 days,” says Rathod, 48, chief intensivist with Sir HN Reliance Foundation Hospital, who has been deployed at its Covid-19 facility at SevenHills Hospital in Marol, Mumbai, since March-end. “We did not put him on the ventilator though. We used to talk to him daily and build his confidence. He said he would treat us to biryani if he recovered.”

Rathod says that while she had forgotten about this, the patient didn’t. “He called us on Eid. I put my phone on speaker and he gave his blessings to the entire team,” says Rathod.  Rathod has been in the profession for 21 years, but being on duty during the pandemic has been a new experience. “I’ve enjoyed every bit of it. Someone has to go out and do the job. We are lucky that we are the chosen ones. It helps that our team is positive with a great attitude. We didn’t realise how time flew… at times we wouldn’t even know what day it was; we were so involved with our work,” she says.  From first checking on critical patients at the start of her day to doing ward rounds later, Rathod has been in the thick of action since the coronavirus outbreak in India. This also meant taking care of her own health so that she does not get infected with the virus. But patient care remained top priority. “There were no hierarchies. We created a working atmosphere where anyone could tell the other if they were not doing their job properly. So, a nurse could tell a doctor if he hadn’t worn his personal protection equipment (PPE) correctly and so on,” she says. The team also counselled patients and kept their morale high by having conversations with them. “They could not see us because we were in our PPE kits. They recognised us by our voices, and we built our rapport like that. Most patients were anxious with a lot of emotional baggage since they were away from their families. We would then make video calls for them,” says Rathod. Also, there were cases where the patients were discharged, but their families were still in quarantine. That created greater anxiety. That’s one change that Rathod notices in the past few months. “Now people are more afraid… even if they have cough or cold, they worry if it’s Covid-19. There is awareness to take precautionary measures, but anxiety is a greater issue that I am seeing,” she says.  Rathod herself says she has no such concerns, and no time for them. “There has been so much work that by the time I return to the hotel accommodation, it’s time to sleep. If I feel stressed, I play some music. And I speak to my family and friends. That is more than enough,” she says.