Can We Get a Decent Smartphone Camera?

Rambus invented a sensor that captures light as the human eye sees it. It may sell big if consumers stop caring about megapixels 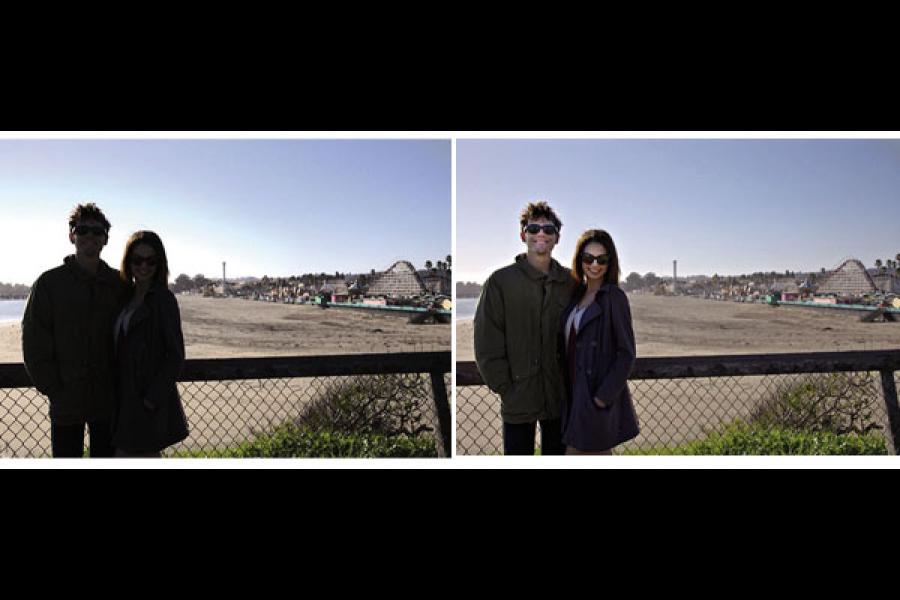 The technology measures the amount of light hitting each pixel on a sensor for a steady flow of photons without any excess. The result: A wider range of light and shadow detail

The smartphone era has given us pocket computers with countless powerful features, but they still take lousy photos. Vendors like Samsung and Nokia tell us more pixels per image sensor equal better photos, but as phones shrink, so do the pixels, the discrete electronic bits that capture light.
They’re 40 percent smaller than they were six years ago. As pixels shrink, so does their ability to capture detail via a range of dark and light.

Rambus has a solution: A new image-sensor technology that uses a bit of added intelligence to capture a truer dynamic range of light while saving on battery power. How it works: In the 30th of a second it takes to snap a smartphone camera, light photons bathe its image sensor and ﬁll the millions of pixels like tiny buckets of water.

Current image sensors don’t measure the rate of photons pouring into each bucket, so a lot of them overﬂow and you lose detail in areas
of bright light and dark shadow.

The Rambus sensor checks each bucket as quickly as every two milliseconds and clears those that have tripped their threshold, allowing the sensor to keep on collecting an order of magnitude more in new light and colour information. “Anything you measure, you can change,” says Jay Endsley, co-inventor of the technology.

Image sensors for a tablet computer typically cost $7, and Endsley says his sensor will be on a par with current rates. This isn’t a high-margin product for Rambus, but if it strikes an exclusive deal with Samsung or Apple, that could mark a nice new income stream for a company just emerging from two years of falling revenue.

The problem is busting that myth. Consumers will ﬁnd it hard to understand why they’re getting fewer pixels. HTC is the only phonemaker so far that has tried to break through. The iPhone does a work-around by merging multiple exposures into a single image, but a single shot eats up processing power.

“Manufacturers would happily reduce the number of pixels in their cameras,” said a Nokia white paper in 2012, “[but] they’re not so sure the market would accept this.”

Michael Ching, the head of Rambus’ imaging division, agrees: “The hardest part of the sale is it’s a new technology, and one that needs to be brought to market.”