While the aluminium cell concept is more than half a century old, and was first developed in the US for military and space applications, founder Akshay Singhal says Log 9 is developing a method to replenish the aluminium and use it like a fuel 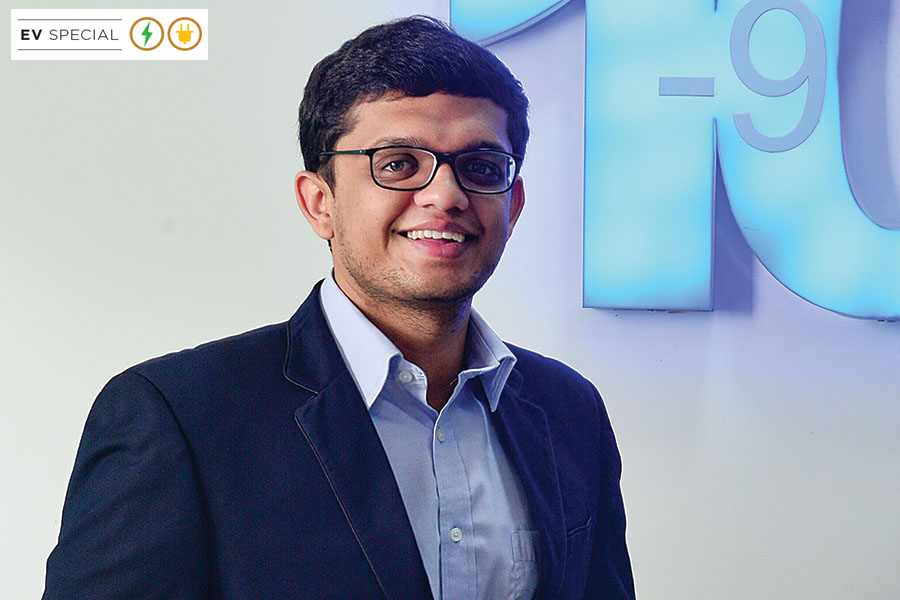 While hydrogen fuel cells are the best known and currently the most popular ones, there are various other types of fuel cells. Akshay Singhal is co-founder and CEO at Log 9 Materials Scientific, where he is developing aluminium- and graphene-based fuel cells that address problems like battery range, battery life and degradation.

The aluminium cell’s concept is over half a century old, first developed in the US for military and space applications, Singhal says. It was originally developed more as a single-use cell, whereas Log 9 is now developing a method to replenish the aluminium and “use it like a fuel”, he says.

Among the reasons to develop an aluminium-based cell are that hydrogen is highly flammable, and has to be stored in pressurised tanks, and the hydrogen fuel cell also requires expensive rare-earth metals such as platinum as catalysts. The aluminium cell uses solid aluminium plates and “also the upfront costs are lower” to build these systems, Singhal says.
Log 9 is one of only two companies that are developing this technology, with the other venture being in Israel, he says. And the raw materials can be almost fully extracted and recycled back into new fuel cells. Singhal expects Log 9’s fuel cells to find buyers overseas also, and that it will be especially useful for long-haul transportation. Log 9 is also commercialising a fast-charging battery technology, using lithium-ion batteries.

Log 9 has raised about $10 million in its series A+ venture capital funding, and counts Amara Raja Batteries, Petronas Ventures, Exfinity Ventures and Sequoia Capital’s Surge programme among its investors. The money will be used to commercialise and expand Log 9’s network of EVs fitted with its RapidX batteries, in partnership with OEMs. Log9 has completed several pilots with various last-mile fleet operators for a run of about 3,000 km without any degradation, consistent load carrying capacity, persistent ‘Insta Charging’ and high uptime of vehicles, the company said in a recent press release.

Log 9’s batteries can charge fully in 15 minutes for those in two-wheelers and 40 minutes for three-wheeler ones, making them suitable for commercial use. These batteries have a life of over 15,000 cycles, corresponding to over 15 years of usage, and they are certified for less than 3 percent degradation in the life of a typical last-mile delivery vehicle, according to the company.