After selling Hotmail to Microsoft for $400 million more than 20 years ago, Bhatia has been on a quest for his next big venture 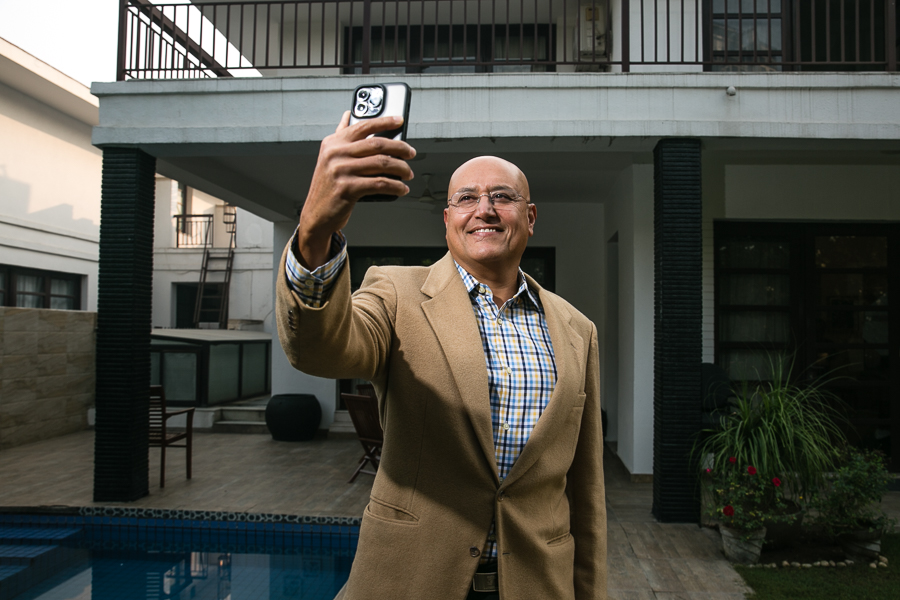 Even as a new generation of entrepreneurs is trying to reinvent email—think Rahul Vohra at SuperHuman, or Bhavin Turakhia with Titan—Sabeer Bhatia, the original email entrepreneur, continues to seek his next big challenge.
After selling Hotmail to Microsoft for an estimated $400 million in 1998, Bhatia has tried several ventures—from ecommerce to messaging to instant collaboration to IoT for agriculture—with limited success or none at all. There was even one company in which Ratan Tata had invested.

Now, Bhatia is back, with a new venture. This time, he is betting he can combine short videos and targeted interviews into a tool that millions, if not hundreds of millions, can use for everything from getting that dream job to pitching to a VC investor, to even finding a mate for life. That’s Bhatia’s aspiration anyway.
The new—for now, self-funded—venture is called ShowReel, Bhatia tells Forbes India in an interview. Users can download an app from the Apple App Store or Google’s Play store.
They make an interview-like video, by answering eight questions and upload it onto ShowReel’s cloud. They can then share it easily.
“The idea is really simple. Video has exploded and is becoming, if it hasn't already, the premium form of content consumption over the next few years,” says Bhatia. Few would disagree, with the rise of TikTok globally, and the plethora of short video apps in India as well.
While much of the short video content has been created for entertainment and social media, the focus with ShowReel is to help people “create videos for a purpose”, he says.
And he’s identified the primary purpose as employment, but users can also create personal videos—like for finding a life partner, with matchmaking still a very big deal in India.
“I even have a section on startups where people can answer certain questions that I ask, which helps them create a startup pitch through video,” he further says. “Think of it as an app that enables people to create focussed, purpose-driven videos.”
Bhatia is in India to promote ShowReel, which is commercially available now. The videos are stored on ShowReel’s servers, basically on Amazon Web Services and Google cloud servers. And in addition to the usual suspects like sharing to social media and via email, users can also send a QR code which others can scan to find the videos.
Over time, as he gets more users and data, Bhatia expects to infuse AI into his app, and one obvious use case for this is in helping business customers find the right employees.
Think of a company that, let's say, hires 10,000 people every year. Let’s say ShowReel gives them 50,000 videos and they label the 10,000 that they like. Now ShowReel has their preferences.
“The next time around, we can scale it to finding the right 5,000 and the right 10,000 applicants from a pool of a million videos or even a billion videos for that matter.”

That enterprise customer opportunity is perhaps one way of monetising ShowReel, eventually, because, with a plethora of short video apps available for free, already, few would be willing to pay for one. Business customers, on the other hand, might be persuaded to pay for a curated shortlist of potential recruits, if it saves them time, effort and money.
Bhatia says the eight questions were selected very carefully. “I did a lot of research online to find the 10 most asked questions in all interviews across the world. And, essentially, I've captured those in eight questions.”
Together, those eight questions, if answered honestly, gives the user “the opportunity to really showcase who they are as human beings”, and the work they have done, he says.
The app helps an individual paint a complete picture of herself and isn’t just focussed on, for example, the professional part and names and titles. The app tries to elicit what users are proud of and the accomplishments they have achieved. It attempts to get a deeper understanding of the thought process of an individual, as opposed to just looking at professional titles and so on, he says.
Currently, version 1.2.0 of the app is available for download, and of course it needs camera and microphone access to work. Users can currently choose from four topics—professional, personal, startup, and leadership, to start making their ShowReels. And they can take a maximum of two minutes to answer each question. Bhatia has made one of his own, to show how it’s done, and it includes questions like “please describe your education in your own words”, and “what are you passionate about.”
The questions have all been recorded to have Bhatia himself ask them in the app. Once a user makes a video, the video has a QR code associated with it that can be shared or added to a paper resume or a signature line in an email and so on. There is also the AI bit where ShowReel’s backend transcribes every video to run some sentiment analysis, video analysis, tone, voice, demeanour, body language and so on.
ShowReel will also be increasingly local-language friendly, Bhatia says. And he has also tested the app on some 50 different flavours of Android and inexpensive smartphones in places with spotty net connections as well. All of that, of course, will incrementally keep improving.
Bhatia is leading ShowReel himself and has assembled a small team, including a software development team in Kochi, while the company will be headquartered in Silicon Valley. In the longer run, he expects there will be adjacent applications in areas like a doctor consultation—people could answer a series of questions on ShowReel on their health and get recommendations from doctors.
And with the power of AI, the app can potentially become a powerful tool in places where people don’t have easy access to doctors, at least for some basic advice. Some health AI startups are already offering these services, including recommendations to go see an actual doctor, if a particular response has previously been tagged as important.
In the future, if it becomes popular, the app could also be used to get real-time feedback from people on government services, he says. Then there is the potential for partnerships with startups like Apna, which have made big strides in helping blue-collared job seekers find employment.
India’s short format video (SFV) market has exploded over the past two years, growing 3.5 times in user base and 12 times in total time spent by all users on SFV platforms, according to a report last month by consultancy Bain & Company. More than 200 million Indians watched SFVs at least once in 2020, with an active user spending up to 45 minutes a day on these platforms, according to the report.
By 2025, three in four internet users, or 600 million to 650 million Indians, will consume short videos, on average spending more than an hour each day on short video platforms, Bain projects.

From Hotmail to ShowReel

Bhatia (52) was born in a Punjabi family to a father who was in the Indian armed forces and a banker mother. He studied electrical engineering at Caltech—where he went on a rare transfer scholarship at the age of 19, as Wired narrates it—and then Stanford, according to his own ShowReel. He worked briefly at Apple and then a startup called Firepower Systems, before starting Hotmail with co-founder Jack Smith in 1996.
That story of how they raised $300,000 to start their company and then sold it to Microsoft for $400 million less than three years later is part of tech lore now.
Since then, however, Bhatia has tried a series of ventures, with little success. These include Arzoo, an ecommerce venture, JaxtrSMS, a messaging tech company, InstaColl, a collaboration software business, Sabse Technologies, a mobile wireless startup that counted Ratan Tata as an investor, and also an attempt to apply Internet of Things to agriculture.
“It didn’t pan out,” Bhatia says of that last one. The projected density of connected devices hasn’t materialised yet, while IoT remains a tech of great promise. And India has its own unique problems, with its highly fragmented and marginal landholdings and highly manual labour-driven farming across the country.
“Even if you come up with great IoT devices that can sense water, temperature, atmospheric pressure, kind of soil requirement, it doesn't lend itself very well to India,” he says. “And so, once again, I've stepped back and taken a backseat and shelved that idea until the timing is right.”
With ShowReel, “the timing is right, because the need is immediate, there are a billion people that are unemployed, and we want to go and solve that problem right now”.
And he intends to be fully, emotionally and physically, involved with making ShowReel a success, so he hasn’t given any thought to becoming an investor in the Indian startup scene, he says. ShowReel itself is self-funded for now, but Bhatia is open to bringing on VC investors down the line, once the app has garnered enough numbers. Over the next three to five years, he wants to reach a 100 million users.
“There is no playbook for it that already exists, either in the west or in India or anywhere else in the world. It’s completely out of the box, you know, and it’s a crazy idea. Crazy ideas sometimes change the world,” Bhatia says. He’s also aware they often don’t work.
But then, an entrepreneur is nothing if not an optimist. He says: “I believe this is a world-changing idea, but only time will tell. And I'm not afraid to take some bold steps to try to make it happen.”