Dying to lead: How reaching the top can kill you sooner 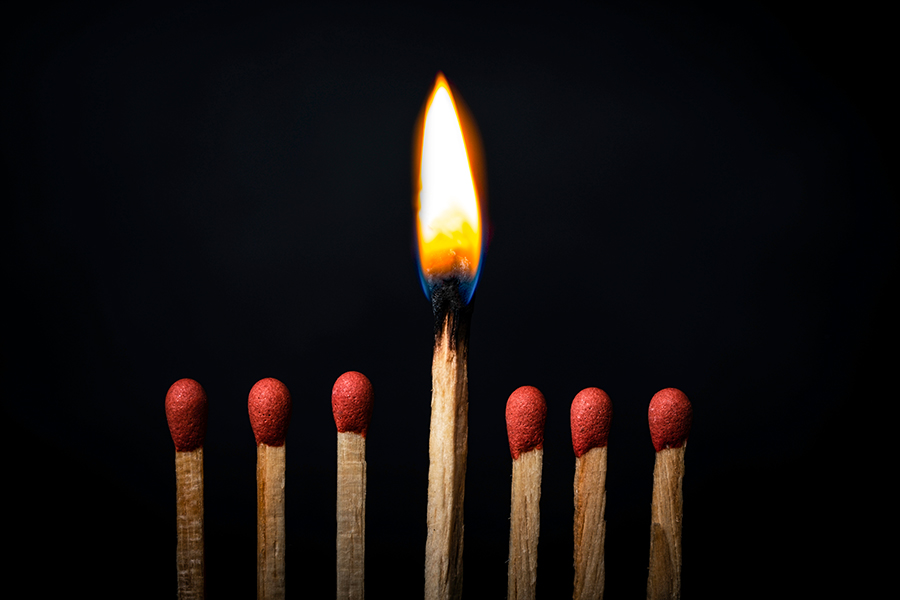 The detrimental health impacts of pressure-filled professions are increasingly getting the attention of business leaders, who are not only concerned about the welfare of their workers, but also have an eye on productivity
Image: Shutterstock

A warning to CEOs and other top executives in high-pressure positions: Job stress could shave years off your life, causing you to die younger than lower-level workers, new research suggests.

After all, modern CEOs face taxing work schedules. And, lifespan tends to drop with an increase in job demands.

The historical study by Harvard Business School Professor Tom Nicholas, who tracked the status and mortality rates of more than 1,000 managers and other employees at General Electric starting in the 1930s, shows that high-level business executives died three to five years earlier on average than lower-level workers at GE, and the research links the deaths to work-related stress.

“What we’re beginning to understand is that life at the top isn’t that easy,” says Nicholas, the William J. Abernathy Professor of Business Administration.

The detrimental health impacts of pressure-filled professions are increasingly getting the attention of business leaders, who are not only concerned about the welfare of their workers, but also have an eye on productivity, since research shows that employee wellbeing is associated with firm performance.

Nicholas’s findings, detailed in the working paper, Status and Mortality: Is there a Whitehall Effect in the United States? contradict the influential Whitehall studies, a British research initiative that began tracking public servants who worked in the Whitehall area of London in the 1960s. The Whitehall researchers attributed shorter life expectancies among lower-level civil servants, who tended to die at younger ages than their bosses, to the psychological stress of working in subordinate positions.

Nicholas says he initially set out to see if he could duplicate the Whitehall results at another large organization. He was surprised to find instead that his study results cast doubt on the idea that those in lower hierarchical positions suffer more from stress-related ailments.

“This study kind of flips the Whitehall findings,” he says. “It turns out that top managers might face more health problems.”

Past research has seen mixed results when exploring links between stress and high-status positions. In biology, for instance, studies of primate social groups found that monkeys that were considered leaders were sometimes more stressed and sometimes less stressed than others in lower positions in the group. But researchers studying primates have found that the pursuit of hierarchical status can be particularly detrimental to long-term health.

Recent studies of business environments have found that executive positions take a toll on the health of top managers, often causing cardiovascular and immune-system illnesses.

Reconstructing life and death at GE

For his research, Nicholas chose to look as far back as the 1930s in examining the work and lifestyles of managers located mostly at GE’s then-headquarters in Schenectady, New York.

He relied heavily on GE’s employee directories, which listed all the managers within the company’s organizational structure. He also used US Census data, and other public and private documents to estimate the professional and social status of individual managers during the course of their careers, from the value of their homes to the promotions they received.

GE was known for providing solid, ahead-of-its-time health benefits to its workers in the 1930s and beyond, Nicholas notes. But the company also was engulfed in a high-profile price-fixing scandal in the early 1960s that led some GE executives to be publicly shamed, demoted, fired, or even imprisoned—all of which caused intense stress within its upper ranks.

Having amassed a dataset of estimated social status and managerial levels for the large pool of GE managers, Nicholas then ran his data through various statistical models.

He found that the likelihood of a death for upper management at GE was 1.4 times that of lower-level employees. For individuals older than 30 in 1930, being in the upper levels of the hierarchy was associated with a 3.9-year shorter lifespan. For people over 40 years old in 1930, Nicholas estimates a 3.3-year “longevity penalty.”

“Despite similarities with Whitehall civil servants in terms of race, lifestyle, education, work environments, low employment turnover rates, and access to health care, I find higher-ranked employees at GE were more susceptible to a shorter lifespan,” Nicholas concludes in the paper.

Job stress may vary by industry

Should CEOs and other top corporate executives be alarmed about these findings? Yes and no, says Nicholas.

While the harmful effects of GE’s high-level jobs may appear worrisome to people currently working in the upper ranks of their companies, not every organization or industry may see the same grim results. Work-related management pressures likely vary from company to company, industry to industry, and between the public and private sectors, Nicholas says.

“These are enormously complicated issues we’re dealing with,” he says.

And, he is careful to note, his research isn’t claiming that white-collar management and C-suite jobs are more hazardous than other positions, such as physically demanding blue-collar jobs.

“No one is saying CEOs have more dangerous jobs than loggers,” Nicholas says.

Some studies suggest that top executives can mitigate work-related stress by living more balanced lives, with stronger social ties and support systems. And researchers are looking into other ways of easing work-generated stress, Nicholas says.

Additional research is needed to determine the degree and impact of stress on various white-collar workers and whether the findings of his research are applicable to other organizations, Nicholas says.

“We need to do more work to find what mechanisms are causing health problems,” Nicholas says. “The next step is to research other companies and organizations to get a better understanding of what’s going on.”

Jay Fitzgerald is a writer based in the Boston area.

Tweets by @forbesindia
Resurgence of hiring trends in the BFSI sector
Private equity funds, sensing profit in tumult, are propping up oil