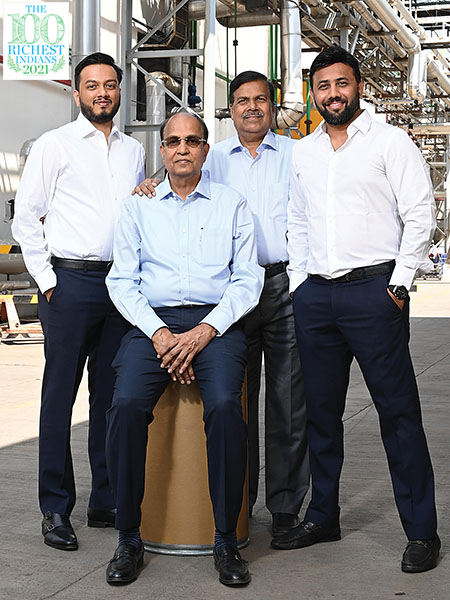 At 54, one thinks more about retirement than the next big thing. Not Ashok Boob.

He’d spent his entire career at Mangalam Drugs and Organics as a promoter director but after working there for three decades he decided to move on account of differences with the owners. Still, Boob, who describes himself as someone steeped in the industry, knew he wanted to continue in the industry. A second act was worth a shot.

Around the same time, in May 2006, nephew Siddharth Sikchi had just returned from Canada with a masters in organic chemistry. Both Boob and Sikchi had the same alma mater for their bachelor’s degree–the Institute of Chemical Technology, Mumbai. Both the families had a chemical background. So they decided to do something together. The contours of the new business were still to be sketched out and capital was limited but in a small 300 sq ft lab in Vapi, Gujarat, the two decided to work on different chemistries.

Boob, with three decades of experience in the industry, was clear that the next stage of the business had to be much cleaner. “During those days, the units were getting closed in Vapi due to stricter environmental norms in India. On the other hand, I had heard stories of rivers in China being polluted on account of the effluent discharge and the resultant acid rain. Being conscious of this background, we decided to work only on sustainable technologies,” says Boob. He was also clear that he didn’t want to get into the same products as his erstwhile employer or poach people from there.

He and Sikchi decided they would work on interesting catalytic and cleaner technologies that can be used to manufacture specialty chemicals. This takes time and research to master and there are still only a handful of companies attempting this but once got right it has the potential to reduce costs of the finished products. They initially worked on hydroxylation technology. By 2009-10 they were doing business worth ₹10 crore.

Both Boob and Sikchi embody a new breed of entrepreneurs who have put India on the world map of specialty chemical companies. These businesses have grown rapidly in the last five years and boast good financial ratios. With China vacating space in the industry, investors believe they have a long runway ahead of them. Their peers SRF, Atul and Vinati Organics, to name a few, have built formidable reputations with the products they manufacture and are counted as manufacturers of global repute. They all have market caps in the billions of dollars and over the next decade could emerge as large exporting industries rivalling IT and pharma. Ashok Boob (along with Sikchi, brother Krishnakumar and son Parth Maheshwari) is a new entrant on the Rich List ranked at 93 with a net wealth of $2.3 billion.

After working in their small laboratory in Vapi for a year, the duo began to search for land to set up a plant. At that time, prices in Vapi were prohibitively expensive at ₹1 crore per acre, so they went to Kurkumbh, an industrial cluster on the outskirts of Pune with some chemical companies. Clean Science and Technology was offered the last 7.5 acre plot that was on an incline and had been rejected by other companies. “We thought how bad could it be? After all it was available for ₹5 lakh per acre. We bought it and got to work levelling the land,” says Sikchi.

The first products Clean Science commercialised were monomethyl ether of hydroquinone (MEHQ) and Guaiacol. MEHQ is used in diapers and sanitary pads while Guaiacol finds application as a pharma intermediate in cough syrup. In 2008-09, the company faced problems in manufacturing the product to scale and with the correct specifications but by the next year they had got the chemistry right and with the right catalyst the product technology was in place.

The use of a catalyst is important, as it is very specific to the reaction desired to produce a product. If got right, it can reduce the cost and improve the quality of the product, and reduce the effluents discharged, explains Sikchi. As a result, due to the catalyst the raw material for MEHQ is $2 versus $5 for other companies. This helps in realising better margins and profitability. The cost of treating effluents is another differentiator, according to the company, with 0.5 percent of topline being spent on it.

While competitors typically focus on end-user industries, Clean Science is focussed on building molecules, says Koushik Bhattacharya, executive director at Avendus Capital. So while a competitor may say I want to build a product for the fragrance industry and then go about it, Clean Science would want to build a molecule, get the technology right and then find customers. “Because they chase niche and technologically complex molecules, that gets reflected in their margins,” he says.

Clean Science now has seven products that are used in a wide variety of formulations, from an anti-oxidant in the food and animal feed industry to infant food formulations and breakfast cereals, and as a reagent in anti-retrovirals to UV blockers in sunscreens. 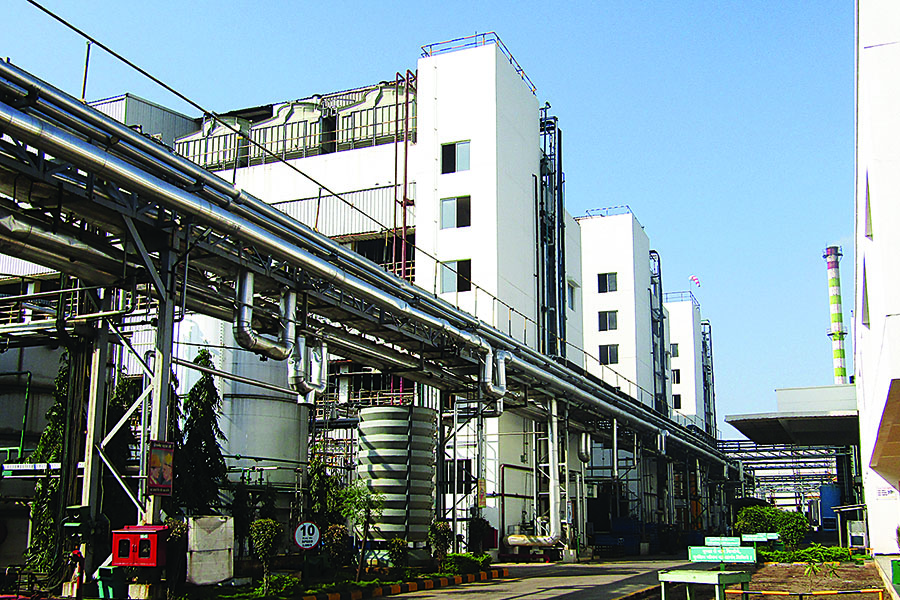 A view of the Clean Science and Technology factory

The market is valuing the business at ₹22,000 crore or at about 110 times FY21 profits. The stellar valuation is part a reflection of rapid growth, part high valuations for the industry and part the high margin profile of the company. While the IPO offer price in June 2021 was ₹900 a share, the public markets have since bid it up to upwards of ₹2,000 a share. The promoters hold 78.5 percent and will have to bring it down to 75 percent within three years in line with SEBI norms.

Where could the business be in three years? According to Sikchi, the aim is to double the topline, with half of the growth coming from existing products and the other half coming from new products.

The market has probably priced the company to perfection and any miss on the topline or margins could result in a valuation dust-up. “Doubling the topline while maintaining the same profitability looks ambitious,” says Deepak Palekar, a former regional business director for Asia Pacific and Middle East for Rodhia and now a consultant in the specialty chemical space. He attributes this to the high market shares the company already has and gaining incremental market share usually comes at the cost of margins.

has come as a surprise. “We didn’t expect this kind of reaction,” he says while pointing out that day to day nothing has changed. All four promoters continue to be involved in the business. Boob looks after operations and is happiest when at their plant while Sikchi looks after research and development. Brother Krishnakumar deals with public relations while son Parth looks after business operations.

Could Clean Science’s moat be breached if competitors manage similar manufacturing processes? “I am not saying it is impossible,” says Boob but points out that they make their own catalysts, they’ve designed their own plants and for anyone to enter a business where their competitor has a 50 percent market share is difficult. “It is difficult but not impossible,” he says.