Tata group wins bid for the national carrier. The government expects the transaction to be completed by December 2021 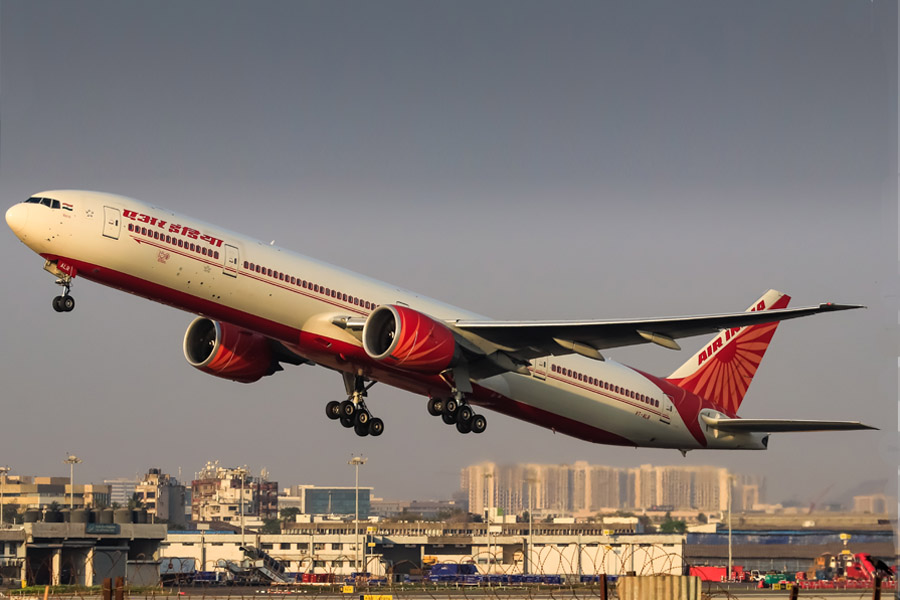 After 68 years, Air India is returning home to the Tata group. On October 8, the government announced that the Tata group has won the bid to acquire the debt-laden airline that the government has been attempting to sell for three years. JRD Tata, former chairman of the Tata Group, had founded Air India in 1932, before the government took over the airline in 1953 as part of a nationalisation plan.
As part of its bid, the Tata group’s wholly-owned subsidiary Talace Pvt Ltd put an enterprise value (EV) bid at Rs 18,000 crore with debt to be retained at Rs 15,300 crore and cash component of Rs 2,700 crore. "A competitive process has been carried out in a transparent manner," says Tuhin Kanta Pandey, secretary for the Department of Investment and Public Asset Management (DIPAM).
Tata’s bid was higher than the Ajay Singh-led consortia's enterprise value (EV) bid at Rs 15,100 crore.
Tatas will take 100 percent control of Air India, the low-cost carrier AI Express, and Air India’s 50 percent stake in ground handling firm AI-SATS. The government expects the transaction to be completed by December 2021.
“The Tata group winning the bid for Air India is great news,” Ratan Tata, chairman Emeritus of the Tata group, wrote on Twitter. “While admittedly it will take considerable effort to rebuild Air India, it will hopefully provide a very strong market opportunity to the Tata group's presence in the aviation industry.”
The Tata group currently operates two airlines in India, AirAsia India and Vistara. Together, the airlines control about 13.5 percent of the domestic market. Of this, Vistara controls 8.3 percent and Air Asia 5.2 percent. Air India, meanwhile, controls more than 4,400 domestic and 1,800 international landing and parking slots at domestic airports, and 900 slots overseas. The airline has a domestic market share of 13.2 percent.
"At the Tata group, we are delighted to be declared as the winner of the bid for Air India,” N Chandrasekaran, chairman of Tata Sons, said in a statement. “This is a historic moment, and it will be a rare privilege for our group to own and operate the country's flag-bearer airline. It will be our endeavour to build a world-class airline which makes every Indian proud.”
Post the Tata group taking on a debt of Rs 15,300 crore, Air India’s remaining debt of Rs 46,262 crore would be transferred to Air India Assets Holding Ltd (AIAHL), a special purpose vehicle set up by the government. The transaction will not include non-core assets, including land and building valued at Rs 14,718 crore, which will be transferred to AIAHL.
“On an emotional note, Air India, under the leadership of JRD Tata had, at one time, gained the reputation of being one of the most prestigious airlines in the world. Tatas will have the opportunity of regaining the image and reputation it enjoyed in earlier years. Mr JRD Tata would have been overjoyed if he was in our midst today,” wrote Ratan Tata.
For now, once it takes over the airline, the group will have to retain all the employees for one year and can offer VRS in the second year. Air India currently has 12,085 employees on its roll, of which 8,084 are permanent and 4,001 are contractual. Besides this, Air India Express has an employee strength of 1,434.
The winning bid was approved by a group of ministers known as the Air India Specific Alternative Mechanism comprising Home Minister Amit Shah, Finance Minister Nirmala Sitharaman, Commerce Minister Piyush Goyal and Aviation Minister Jyotiraditya Scindia. The government had fixed a reserve price of Rs 12,906 crore for the sale.
The government had begun the process of selling Air India in July 2017 and had received seven expressions of interest by December last year. Of this, five were disqualified.
Once known for its exquisite and unmatched service, much of Air India’s troubles began after an ill-timed moved by the government to merge Air India—then flying internationally—with domestic carrier Indian Airlines in 2007, creating a bigger entity, the National Aviation Company of India Ltd (NACIL). Both Air India and Indian Airlines were making losses at that time, with losses pegged at around Rs 541 crore and Rs 240 crore. The merged company had more than 30,000 employees.
The troubles were then compounded by the 2008 global economic collapse as oil prices skyrocketed, even as global and domestic carriers began to make inroads in the domestic and international routes.
The Tata takeover of Air India comes at a time when the Indian skies are in for some big churn. To begin with, India’s oldest private airline, Jet Airways, will make a comeback into the Indian skies next year. Around the same time, a new entrant, Akasa, backed by billionaire businessman Rakesh Jhunjhunwala and a few aviation veterans, will also take to the skies. In the meantime, GoFirst, owned by the Wadia family, will tap the bourses to raise money as it looks to expand its business.
Even as that happens, India’s aviation sector is expected to see debt levels rise to Rs 1.2 lakh crore in FY22, requiring additional funding of Rs 45,000 crore in the next two years. For many months now, as the pandemic wreaked havoc, India’s airlines were forced to ground their aircraft.
“Lurching from crisis to crisis has become a familiar story since 2004 because the industry has chosen to pursue profitless growth, resulting in chronic losses for many years,” said airline consultancy firm Centre for Asia-Pacific Aviation in its India aviation outlook for 2022. “Two major airlines have failed in the last 10 years, leaving a trail of $7 billion of liabilities. Yet nothing has changed. The twin waves and sudden impact of Covid-19 have resulted in a high level of solvency risk for most airlines, which could impact the entire industry, including airports.”

Tweets by @forbesindia
'Our Olympians are our role models, they will change the sporting culture in the country'
The Land Rover Defender 110 combines the beauty with the beast