The Land Rover Defender 110 combines the beauty with the beast

The car is as large as it is impressive. It's thoroughly modern, and stubbornly attached to its roots. It's... perfect? 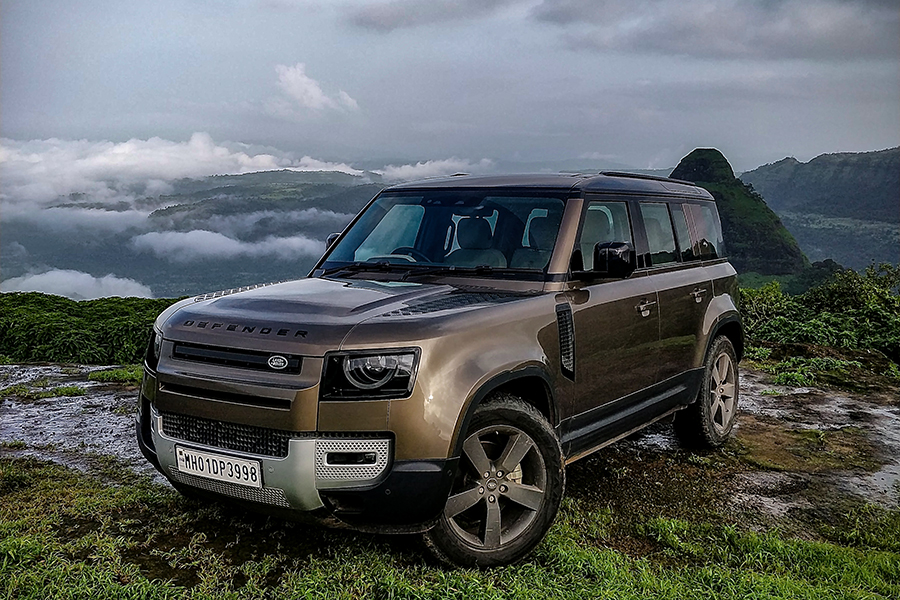 Big, bold and unafraid of any terrain, that's the new Defender

As I crept out from my basement parking, cautiously navigating the Defender past walls that seemingly were a lot closer than I remember, it dawned on me that what Land Rover’s done here is monumental.
Forget, for a moment, the daunting task of reinventing an icon that the JLR folks had. Put aside the countless hours that must have gone into pouring over each and every detail of the new Defender. None of that is relevant at the moment.
What matters is that this monstrosity on wheels is alive and well; ready for us to ford past anything you throw its way. You’ll find scores of articles on the internet, detailing the Defender’s glorious past, so I’ll refrain from going into that. What interests me more is diving into just what makes the Defender click, and until two days ago, I was blissfully unaware.
Let me start with the basics. The Defender is enormous. This is especially because what you see in the pictures is the ‘110’ version, which equates to three rows of seats and five doors. There’s also a ’90’ that reduces the visual mass considerably, but has with three doors. I personally find the latter a touch more exciting to look at, but this is the confession of a person who’s not an SUV fan. 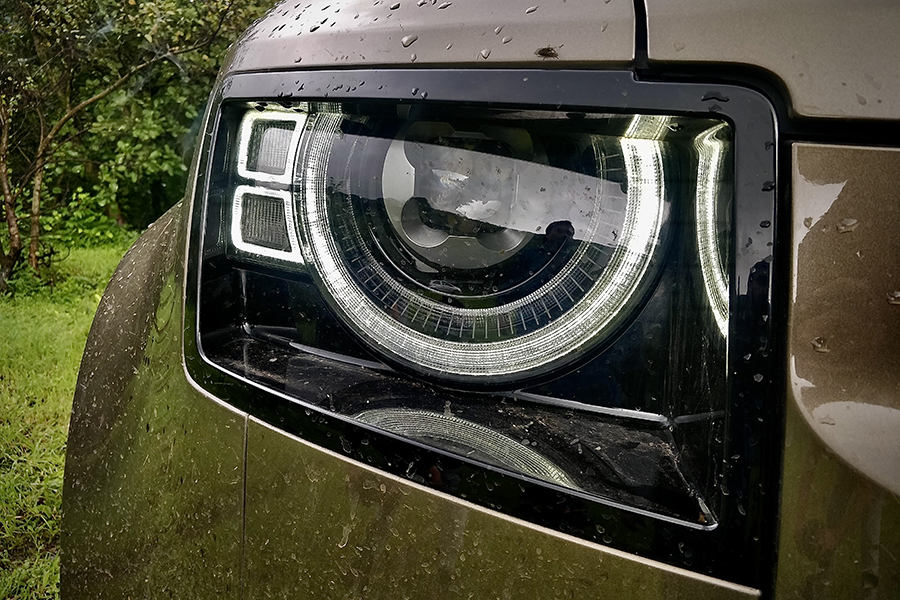 It's all in the details. Headlamps have been exquisitely crafted
And yet, the Defender has me, right from when I clambered (quite literally) onto the driver’s seat for the first time. Thanks to the brilliant use of air suspension, you have three levels you can set the car to, with regards to ground clearance. The middle setting is for driving on regular roads, while the maximum height you can toggle is with the Defender giving you 290 mm of ground clearance. The third, and most approachable, is what they call ‘Access Mode’ but that is still quite high up for most.
Thereafter, however, I’m struggling to pinpoint faults with the car. The dashboard is an elegant mix of hardy, rugged materials coalesced with a thoroughly modern, minimalist outlook. There are umpteen storage spaces, charging ports, and even a wireless charging pad or two thrown in to make your drive experience pleasant and convenient.
Make no mistake, the Defender is every bit of a luxury SUV as it is an off-road legend, and for the Land Rover to pull it off so seemingly easily is, like I said earlier, monumental. Absolutely nothing in this car feels built to a cost. A true hat-tip here must be given to Gerry McGovern—Land Rover’s legendary designer—and his team, because I don’t know if anyone else could have made what’s essentially a ‘box on wheels’ look as appealing. 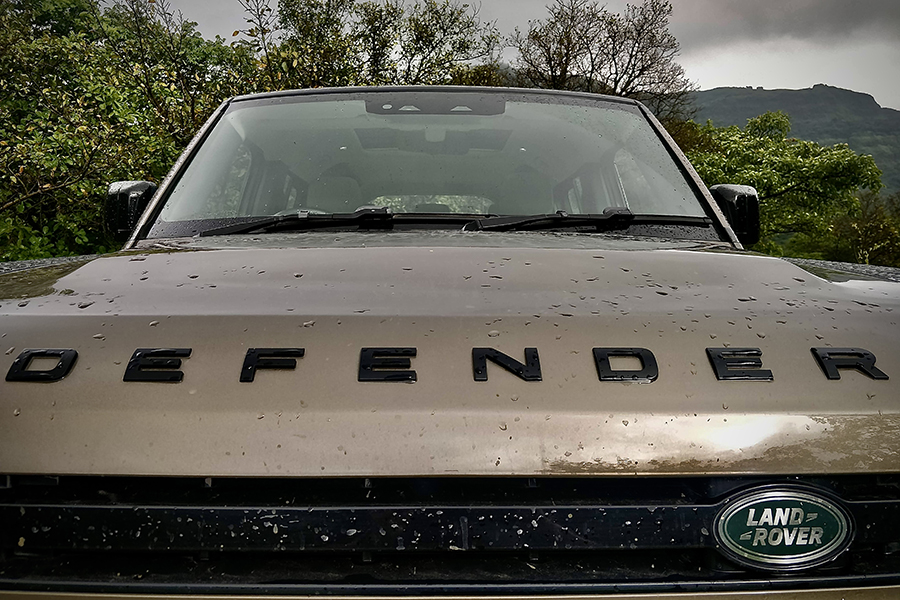 Part of its appeal is the vastness of its glass area
A stat that really caught my eye is that of the amount of space you can liberate in the Defender 110. Keep all seats up, and the boot space is a paltry—but not unusable—160 litres. Drop the last row—which you should be doing anyway because they’re too cramped to be considered actual seats—and you’ll have a massive 743 litres. Not happy still? Well, if all you’re doing is travelling two-up with a load of luggage, you can also drop both the second and third row of seats, opening up 1,826 litres of space. What can’t be fit in that much space is beyond me.
But the Defender doesn’t just have space, practicality and rugged looks in its arsenal. Far from it, in fact. It’s bristling with tech. Why would a car be studded with tech, making it more prone to failing, the traditionalists might argue. This is the new Defender, and tech has come a long way, so its fallibility isn’t as expected as it once was. This beast has the usual suite of connectivity options like Android Auto and Apple CarPlay, but you also get a wireless charging pad for your phone, lots of connected car tech, a heads-up display, and a nicely integrated touchscreen right in the middle of the centre console that can highlight most of what was just mentioned. The party piece, as is usual in a Land Rover, is the Terrain Response 2 system, which has as many as six different modes so that you can go over—and survive—any kind of road conditions. 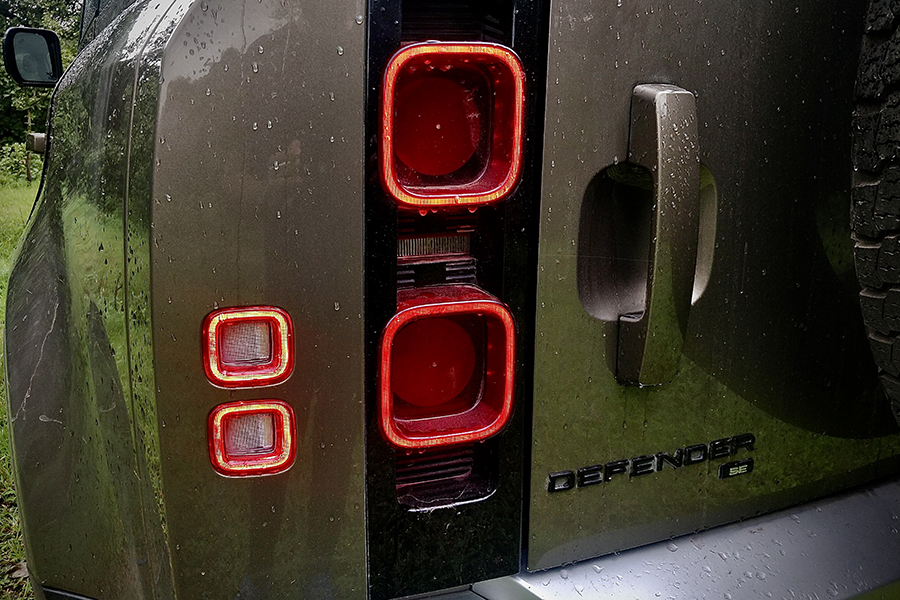 Where else would square lamps on a predominantly square body look this good?
What you can’t miss are the excellent 360-degree cameras, and the very cool ClearSight rear-view mirror. It’s based on the Defender’s camera tech and flips your in-cabin rear-view mirror into a screen, which relays what’s going on behind the car. Why would Land Rover even bother? Well, have you ever crammed so much luggage into your car that you forget that you won’t be able to see out the rear glass? Fret no longer. The Defender’s got you covered.

But how does it drive? Ruddy well. Both on and off the road. This particular spec was the 2.0-litre turbocharged petrol that isn’t instantly as punchy as I would have liked, but it’s got more than enough grunt to keep the Defender in motion without a fuss. On the road, the steering is light, smooth and tells you what’s going on under you without being intrusive. The gearbox is spot on and, yes, even though the car does roll a bit around corners, it won’t alarm you. It’s to be expected for a car this tall. Top pick? The insulation. It’s just so silent in here on the move, and this is despite running on all-terrain tyres whose primary motive is hardly to run smoothly on tarmac.
And while the rest of this story will not shock you in the least, it needs to be said: The Defender is tremendous off the road. You throw anything its way and it will oblige. The low-range option helps you get out of sticky positions, the 38-degree approach angle lets you approach sticky positions, and the 900mm water-wading capacity makes this the vehicle to have when going through wet situations (Mumbai’s monsoon-hit roads, I’m looking at you). 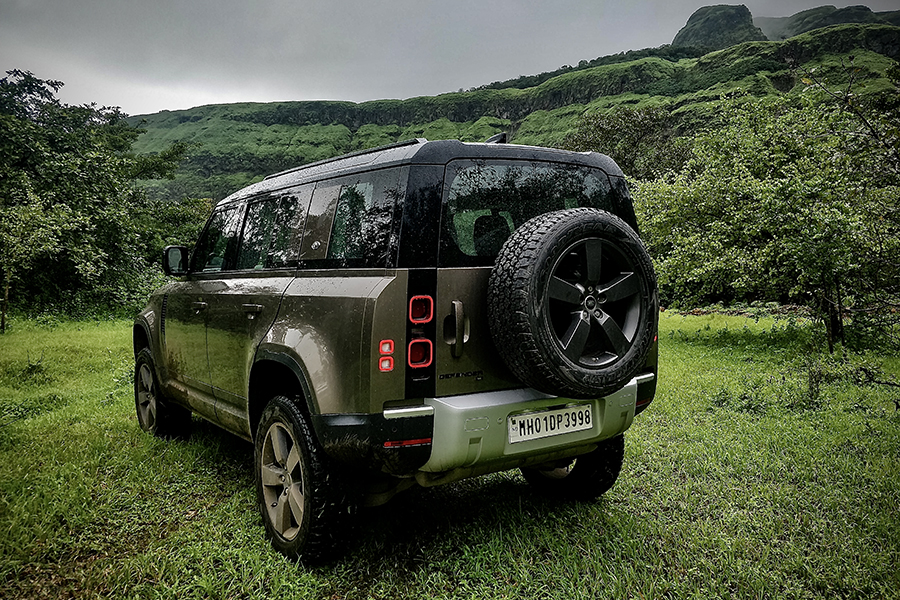 Timeless classic in the making? The Land Rover Defender seemingly does it all
For a car to be as adept as the Defender at any and every condition it’s presented with is astonishing. Did I expect it? Yes, sure. But it’s still eye-opening when you experience it first-hand. If you can get it, I implore you to walk into a Land Rover showroom, spot a Defender, whip out your cheque book and thwack it on the car’s bonnet (for dramatic effect). The car will be yours, and believe you me, you are not going to regret it one bit.

Tweets by @forbesindia
Finally, Air India returns home to the Tata group after 68 years
Money, beyond a point, doesn't interest me: Harsh Mariwala