Harvard Business School graduates and close friends Rajat Verma and Justin Lemmon are working on closing the supply chain loop in the electric vehicle market by reclaiming raw materials from lithium-ion batteries, and could go on to give a second-life to used batteries in the future 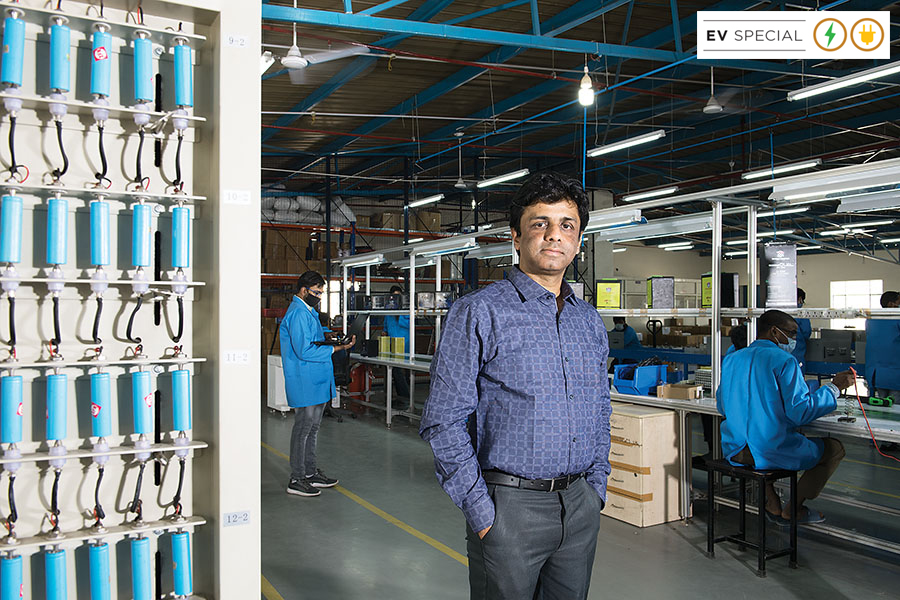 Rajat Verma and Justin Lemmon were seated next to each other as they started their MBA class at the Harvard Business School in 2004, and they became good friends. That eventually led to their co-founding Lohum Cleantech, which today is perhaps the only company in India that is commercially reclaiming the raw materials from lithium-ion batteries and the cells that go into making those battery packs.

For now, the reclaimed material is being shipped to partners in the cell manufacturing sector or sold in the commodities market, but Verma and Lemmon have plans to eventually manufacture the cells in India. That would be a significant step in closing the supply-chain loop on the EV and static energy storage batteries that Lohum makes—currently dependent on imports from China and South Korea for the individual cells that make up the battery packs.

Consulting with some companies on recycling electronics waste led Verma to the idea of setting up Lohum. “We want to contribute to the world of energy sustainability, and in a geo-strategic sense also,” he says. The immediate task is adding manufacturing capacity, as well as fine-tuning the technologies to allow customers to get the utmost out of their batteries. 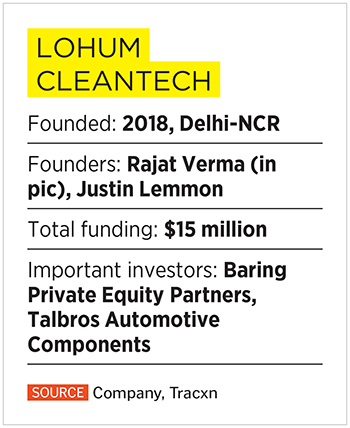 With plants in Noida, Lohum is supplying to original equipment makers (OEMs) in India—for two-wheelers, three-wheelers and energy storage; the company is in advanced negotiations to set up a battery and cell recycling facility in the US. Eventually, there is also “significant opportunity… especially for second-life batteries” in Southeast Asia, Africa and Latin America, says Lemmon, a former US naval officer who understood the importance of sustainability from the military.

With backers including Baring Private Equity Partners, Lohum is adding capacity to make 3 gigawatt hour worth of batteries a year—enough power to run 1.5 million electric two-wheelers.