Naveen Munjal was not new to the EV business. But having failed twice and staring at a debacle in 2015, he was pushed to the wall. How did he keep the spark at Hero Electric alive? Find out more on Thursday 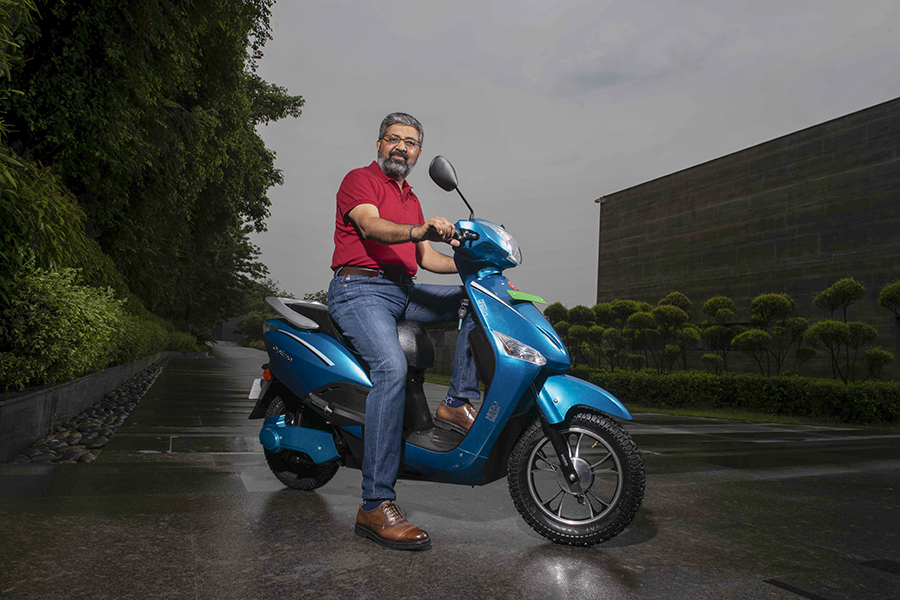 Delhi 2013
Things suddenly started falling apart. Sparks were flying all around Naveen Munjal, who started Hero Electric in 2007. Six years later, the electric vehicle industry was collapsing at a threatening pace. From over 24 electric two-wheeler players in FY12, the numbers dipped by almost 50 percent by the end of the next fiscal. “We were one of the few standing,” recalls the managing director. Though Hero Electric did its best to absorb the shock, the damage was palpable. From a high of 18,087 units sold in FY12, the numbers had plunged to a low of 7,022 in FY15. The hero of electric two-wheelers was in acute pain.

What, though, hurt the third-generation entrepreneur the most was the unkind jibes flung at him. In fact, it was a déjà vu moment for Munjal who first dabbled in the electric vehicle business in 2001, albeit unsuccessfully. The knives were out. Munjal was way ahead of the time. India was not ready to go electric. Three years later in 2004, he revisited the failure. This time, detractors aimed at the young entrepreneur with spears. Munjal didn’t give up. He could see the light at the end of the tunnel. The road through the tunnel, though, was not clear.

By early 2015, the critics were gunning for the founder’s head. “How long will you try? Nothing will work,” was how some pundits mocked him. With every passing day, the taunts started getting more caustic. “It’s time to hang the boots and exit the business,” cried a few more. The ‘give-up’ shrill was getting louder. Munjal was being pushed to the wall. Suddenly, the motto of his school started playing in front of his eyes: ‘Push harder when you are pushed back.’

The entrepreneur clinched his fist. “I am not going to be pushed back,” he resolved.

How did Naveen Munjal keep his venture charged? Find out more on Thursday

Tweets by @forbesindia
Why 'kitna deti hai' doesn't hassle Tarun Mehta and Ather Energy
Meet the dirndl: A dress for the past and present