The Kalsis have rebuilt a leather footwear export business that was ravaged by fire twice. Can the third generation stitch a new story with a consumer brand? 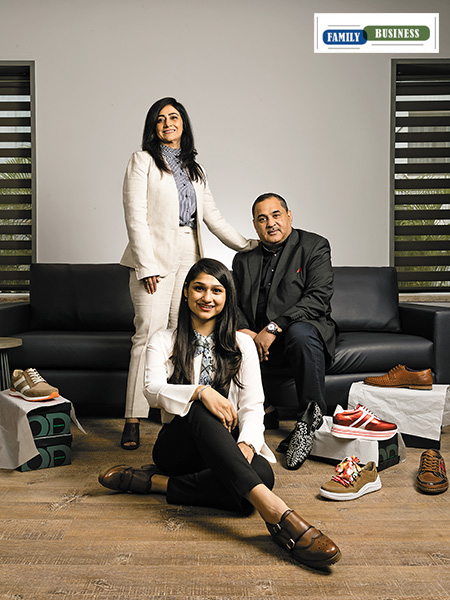 Arushi Kalsi (in front) has introduced a new brand, Overdrive, to Metro & Metro, a shoe manufacturing and export company run by her father Ajit and mother Meenakshi
Image: Madhu Kapparath

It was November 10, 2013. A massive fire on a Sunday evening gutted Metro & Metro, a shoe factory in Agra that exported footwear to over a dozen countries in the US and Europe. The founder, Dwarka Nath Kalsi, was devastated and died of shock. His son Ajit Nath Kalsi, who joined the family business in 1991 when the name of the company was changed from Leatherfact to Metro & Metro, was dealt a twin blow: Personal and business. While losing his father was something that could not be compensated, getting hit in business—which then had a turnover of ₹120 crore—added to the woes. The following June, another fire broke out in the factory but, this time, not so catastrophic. The resilient entrepreneur, over the next few years, laboured to rebuild the company.

Kalsi, though, was not new to starting from the scratch. The company, started by his father in 1972, had been singularly focussed on exporting to the erstwhile USSR. In 1991, when the Soviet Union disintegrated, the pioneers in exporting to that country bore the brunt: The business collapsed just a month after Kalsi junior joined it. “I had to start from zero,” he recalls. “But I persisted.”

Cut to 2015. Kalsi’s daughter Arushi, after graduating in economics from Delhi University, wanted to join the family business. “I enjoy getting my hands dirty. I was always a cobbler,” she says. Her father was delighted to have one more helping hand—Arushi’s mother joined in 2003—but with one condition: She had to learn from the best institute in the footwear industry, and this meant going to Germany.

The biggest hurdle for Arushi was the language, especially for somebody who bills herself jokingly as a ‘stammer queen’. She got herself enrolled in Goethe Institute Frankfurt to learn German. After six months of hard work, she took admission in Deutsche Schuhfachschule (German College of Footwear Design and Technology) for a year. During the same period, she did an internship in iconic shoe company Peter Kaiser. In 2018, the plucky girl was back to join the family business, but in a new avatar. Arushi started a new brand, Overdrive, and Metro & Metro made its debut in the consumer business of footwear. The money, interestingly, in the new venture was the savings she had accumulated in Germany—around €9,000 (₹7.9 lakh) per month. Back in India, it came handy. 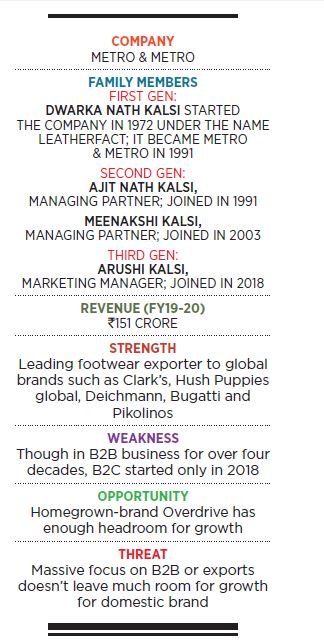 Fast forward to March 2020. The parent company posted a revenue of ₹151 crore, with Overdrive pitching in with ₹4 lakh. For a family used to contract manufacturing and seeing leather largely as a commodity, Overdrive was a huge leap of faith.

But Kalsi senior, for his part, didn’t want to repeat history. “I had a huge generation gap with my father,” he recalls. Arushi, he lets on, wanted to do something on her own. “And I let her pursue her dream.” Though he was more than keen to invest in his daughter’s venture, Arushi declined the offer. The idea was simple. “The buck stops here,” she says. If her dream fails, she is responsible for it.

The dream started with a crude lesson in ground reality. The leather industry is male-dominated, labour-intensive, and expecting employees and stakeholders to be sensitive to gender or exhibiting high sense of professionalism would be foolhardy. Arushi now was actually getting her hands dirty. From designing to packaging to social media marketing, she was a one-woman army to begin with. Over the next few years, she built a team, which now has 15 members. Another big challenge was to convey the message to workers in unambiguous terms that being a daughter she was not coming to factory to waste time. “I was here to stay forever” was the message that got percolated down.

The next big task was finding takers for a new brand. Though the pedigree of Metro & Metro was there, Overdrive was a new entity. In the leather shoe business, especially when Overdrive was not positioned as a mass brand, winning trust was a tough thing. And the best way to do so for any millennial is direct to consumers. Arushi started selling online, on her website as well as via marketplaces like Flipkart and Amazon. From selling one-two pairs a day, numbers jumped to 20-25 pairs before the pandemic struck in March. For Overdrive, Maharashtra, Tamil Nadu and Delhi-NCR emerged as three big markets over the last one and a half years. 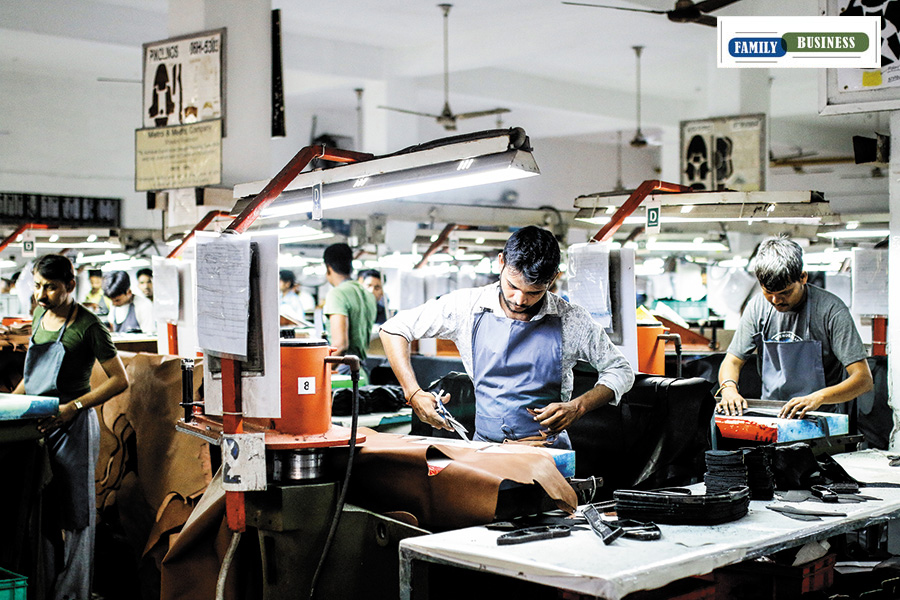 Overdrive, reckon marketing and branding experts, stands a good chance to make a mark in the leather footwear market, which is dominated by the likes of Hush Puppies, Clarks and Red Tape. “A huge plus for Overdrive is that it comes from a family steeped in leather,” says Ashita Aggrawal, marketing professor at SP Jain Institute of Marketing and Research. This means two things: One, the family and the brand won’t compromise on quality, given their track record of supplying to giants across the world. Two, it won’t play price warrior but will find its sweet spot by wooing Indians looking for quality stuff that doesn’t cost a bomb. The biggest challenge, though, is patience. “It’s a long-term game, and doesn’t have quick bucks like exports,” Aggrwal adds.

Arushi contends she mastered the patience game long ago. The national lawn tennis player who has won several championships prefers to use a cricket metaphor to illustrate that she is here to stay. “I am ready for a long innings.”