Some weak signals suggest that cigarettes could disappear from our lifestyles in the next few years. Could it be that we are slowly moving towards a world without tobacco? 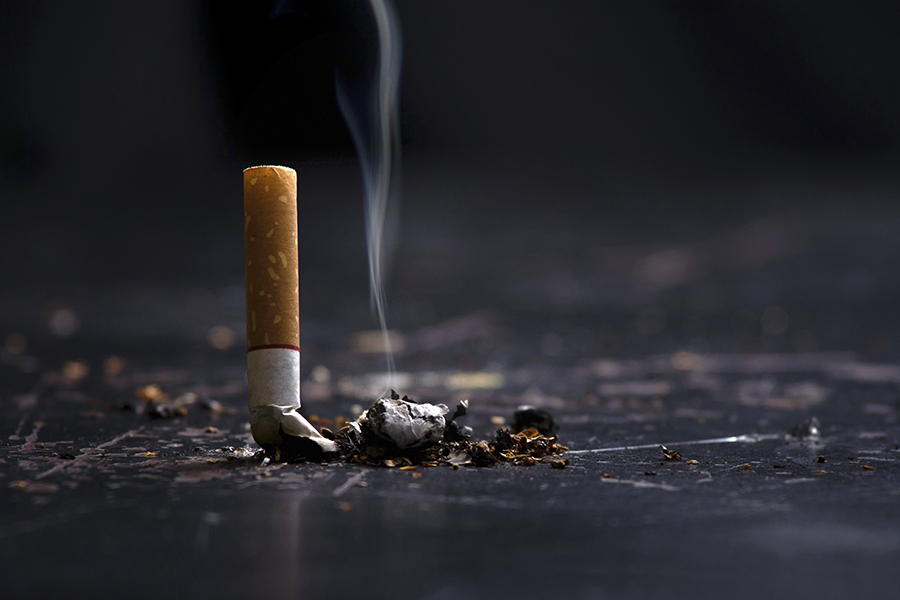 Financial holding company Nomura Holdings has banned its employees in Japan from smoking on the premises from the beginning of October.
Image: Shutterstock

Some weak signals suggest that cigarettes could disappear from our lifestyles in the next few years. Could it be that we are slowly moving towards a world without tobacco?

Are we heading towards a world without tobacco, a substance that kills eight million people worldwide each year? Governments and tobacco industry companies such as Philip Morris have stepped up their anti-smoking messaging and initiatives this year. So as society's view of this issue evolves, is it the end of the road for cigarettes?

Besides the continuous price hikes of tobacco products, what if the social image of smoking was changing? What effect could that have? Some weak signals suggest that cigarettes could disappear from our lifestyles in the next few years. Could it be that we are slowly moving towards a world without tobacco?

That's the direction that New Zealand is hoping to take. In April 2021, the government launched an online public consultation to work towards making the country smoke-free by 2025. Nearly 5,100 people participated, between April 15 and May 31, 2021. The results are being analyzed and should give rise to a report proposing guidelines for action. Moreover, New Zealand is considering banning the sale of cigarettes to all people born on or after January 1, 2004, in turn creating a whole generation of non-smokers by 2025, or at least, with less than 5% of smokers.

More recently—and more surprisingly—Jacek Olczak, the chief executive of tobacco company Philip Morris International, called for ending cigarette sales by 2030 in an interview with the Sunday Telegraph in July. "We can see the world without cigarettes. And actually, the sooner it happens, the better it is for everyone," he said. The following day, in an interview with the Mail on Sunday, the CEO said that the firm would stop selling cigarettes in the UK within the next 10 years.

And Jacek Olczak had a similar message for Japan a few months earlier, when he announced that the Philip Morris group planned to withdraw cigarettes from the Japanese market within 10 to 15 years. He told the media Nikkei Asia: "If you would have a coordinated effort between the various ministries in Japan—including the ministries of health and industry—I believe you can make Japan smoke-free within 10 years."

These media appearances have been judged hypocritical by some anti-smoking associations. And while Philip Morris —the group behind the brands Marlboro, L&M, Philip Morris or Chesterfield—seems to want to turn the page on cigarettes, the company has been investing several billion dollars in the search for alternatives to tobacco smoking for several years. The giant has bought firms specializing in medical inhalers, particularly against asthma, as well as Fertin Pharma, a manufacturer of nicotine substitutes. Philip Morris has also launched IQOS heated tobacco products, as a competitor to electronic cigarettes. The company's new goal is for smoke-free products to account for more than 50% of its total net revenues by 2025.

Tweets by @forbesindia
After five million deaths, what will be the pandemic's future path?
Toyota's Legender takes things up a notch