While the hybrid—or phygital—shopping experience has many more followers today, consumers don't seem ready to turn their backs on their favorite bricks-and-mortar stores 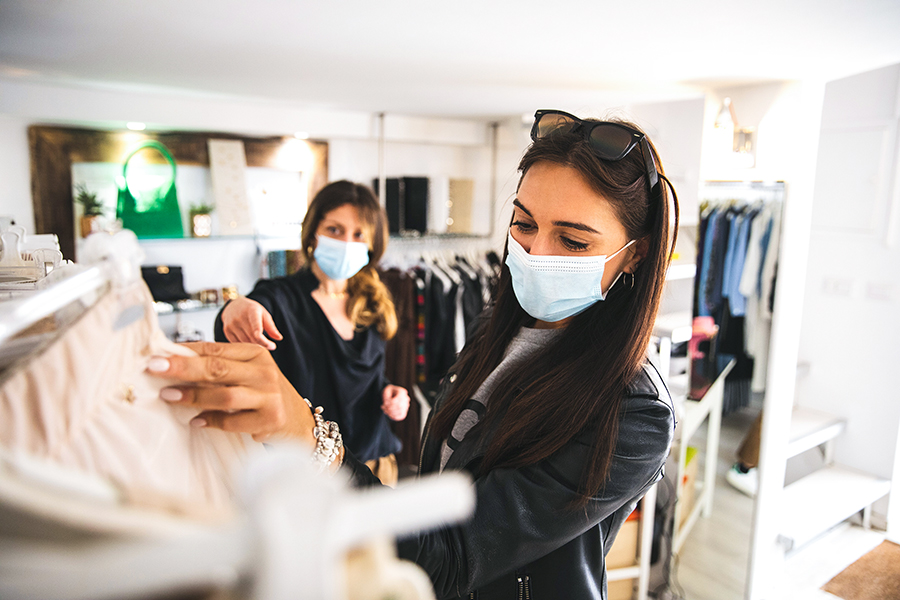 Right now, everyone seems to be talking about the digital experience, largely seen as the future of shopping. But what do consumers really think? Since retail stores reopened, consumers actually appear to be very happy to rediscover the experiences—touching, trying on, social interactions—that they missed during the various lockdowns. This doesn't mean that they're giving up shopping online, but that they now count on enjoying the best of both worlds.

No less than 80% of consumers around the world (United States, France, United Kingdom, China) say they "feel comfortable" visiting physical stores now, according to a report released by the Mood Media agency*. And while they're still worried about catching covid-19 from visiting stores (48%)—Chinese consumers being the most concerned (50%)va majority of consumers say that shopping in physical stores feels good (54%). Consumers in the US are most at ease with the idea of returning to stores (86%). Shoppers in the UK are more confident than in 2020 (just 62%), but still remain the least confident (76%).

Getting back to normal
For now, consumer shopping habits have not yet returned to how they were before the pandemic, but there's every indication things are changing, and in a positive sense. Nearly two-thirds of global shoppers say they still don't visit stores as often as they did before covid, but nearly three in 10 (29%) say that they spend more per visit. Note that almost half the consumers polled (46%) say they spend "more or less the same" as before.

However, six out of ten consumers around the world already say that they expect their shopping habits to return to normal by the end of 2021, and one in five even consider that this is already the case. Still, some seem more optimistic than others. American men are the most optimistic, believing that their purchasing habits will return to pre-pandemic levels by the end of this year (74%). This is not the case in the UK, however, where 14% believe that their habits will never return to how they were before the pandemic.

Touching products and social interactions
The ability to touch, feel and try products is what consumers around the world found they couldn't replace and missed the most when stores were closed (45%). It's also the top factor driving shoppers to physical stores rather than online (59%). The report notes that the social aspect of shopping, which can be enjoyed with friends, is another of the irreplaceable aspects consumers missed (35%), as well as being able to take purchases home right away (35%).

However, consumers do intend to take advantage of the services made available to them when stores closed, therefore enjoying the best of both physical and digital shopping. Click and Collect was particularly popular (33%), as was curbside pickup (19%), not to mention the QR codes placed on products seen in store and then purchased online (17%), although opinions differ from country to country.

Tweets by @forbesindia
TikTok bumps up video length to 3 minutes
'Leisure travel will bounce back faster, business travel will take longer to revive'